I was sorry to hear that the Sears Company filed for bankruptcy this week because it holds a special place in my heart. As a girl, I remember accompanying my parents and grandparents to Sears whenever they needed a new appliance or any kind of a tool. Many a time I heard, “You can always count on the quality of Sears Kenmore Appliances and Craftsman tools.” 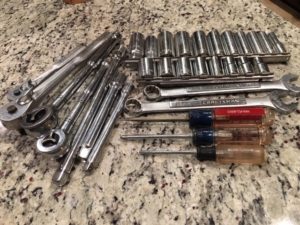 My little brother, Jeff, wore the Sears Toughskins Jeans because he was hard on clothes and they held up better than the other brands. While my mom would have my brother try on pants, I would sit outside the fitting rooms reading a book. 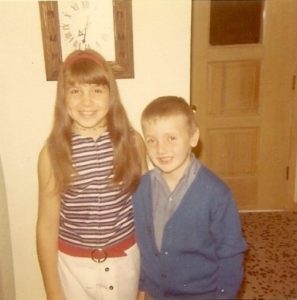 Every fall, Jeff and I used to watch for the Sears Catalog to arrive in the mail. When the big wish book finally arrived, we would lie next to one another on the living room shag carpet, turning page after page together and dreaming about what we might receive for Christmas that year. Later, when I had children of my own, they too loved looking through the Sears Christmas Wish Book and dogearing the pages with the toys they hoped to receive that year. 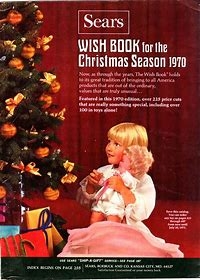 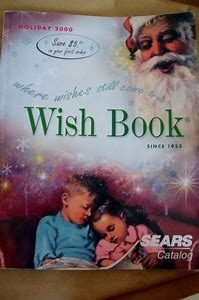 When I graduated from college, Sears was the first store to give me a credit card. I think I did all of my Christmas shopping there that year! My first washer and dryer also came from Sears. 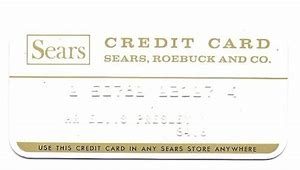 Sears was started in 1886 by Richard Warren Sears as a watch and jewelry company. He had been a railway agent in Minnesota but decided he’d rather be in the watch business. He moved the R.W. Sears Watch Company to Chicago and hired a business partner named Alvah Curtis Roebuck who was a watchmaker. 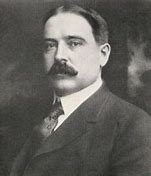 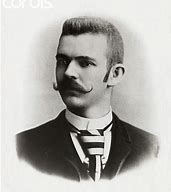 Within 10 years, his business was called Sears, Roebuck & Company and its small watch and jewelry catalog grew to a 530-page book selling everything from clothing and shoes to bicycles and buggies. At one point, they even sold kits for building houses and many Sears homes are still standing today. 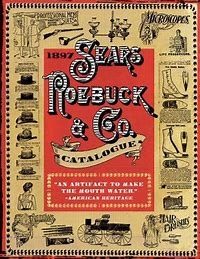 The first Sears brick and mortar store opened in February of 1925 and had a soda fountain and an optical shop. Over the years, Sears opened hundreds of stores across the country, usually as anchor stores in malls. 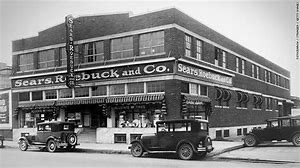 In 1973, the corporate headquarters was moved into the 110 story Sears Tower in downtown Chicago. It was the tallest building in the world for the next two decades. Since then, it’s been renamed the Willis Tower but many local Chicagoans still call it the Sears Tower.  One day when I was in my 30’s, I rode to the top of the Sears Tower with both of my younger brothers. 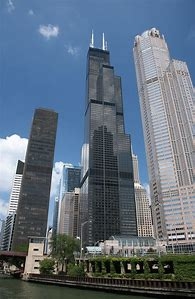 As discount stores like Walmart and Target came on the scene, people stopped going to malls as often and people didn’t shop at Sears as they had in the past. Big box stores like Lowe’s and Home Depot that sold appliances also contributed to the decline of Sears because consumers had other good options. 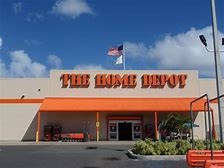 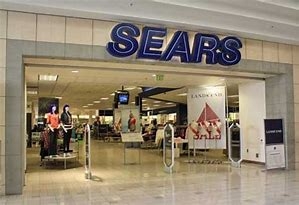 While Sears has filed for bankruptcy, they aren’t going out of business entirely. They plan to close nearly 200 Sears and K-Mart Stores by the end of this year. Sadly, one of those is the store nearest to me in Denton, Texas. Sears will try to stay in business with a fraction of their more profitable stores still open across the country. I for one, hope they can find ways to appeal to American shoppers again! 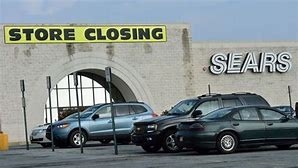