One topic of conversation at work yesterday was whether or not we all had eaten black eyed peas on New Year’s Day for good luck.  Just about everyone had and one of my co-workers said that along with the peas, her family also eats cabbage for money and pork for prosperity in the New Year.

Eating black eyed peas on New Year’s Day was a tradition I wasn’t aware of until I lived in the south.  One year, I waited until the last minute on New Year’s Eve to buy my peas, and my local grocery store was sold out.  People are serious about wanting good luck in the New Year!

As we turn our calendars from December to January, I think most of us look upon the New Year as a clean slate where we get a fresh new start.  We may reflect upon what we’ve learned from the past year and make resolutions and/or set goals for positive changes in the New Year.  Many of us are excited about looking ahead and making plans for the future. 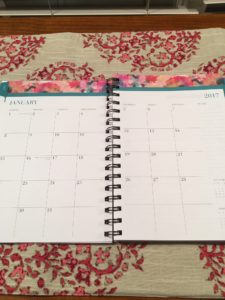 January is named after the Roman god Janus, the Latin word for “door.”  Janus had two faces which allowed him to look backward into the old year and forward into the new one at the same time.  He was the god of beginnings, gates, time, transitions, doorways, passages, and endings.

In Roman times, January 1st was consecrated to Janus since it was the first day of the New Year and of the month.  Since Romans believed the beginning of anything was an omen for the whole, it was customary to exchange cheerful words and good wishes on New Year’s Day.

As I sit here today with a whole New Year stretching before me, I can’t wait to see how 2017 will play out.  I’m looking forward to the publication of my third book and I’m hoping to finish writing my fourth one in this New Year.  I’m also looking forward to watching my new grandson, Graham, grow…and to spending more time with family and friends. 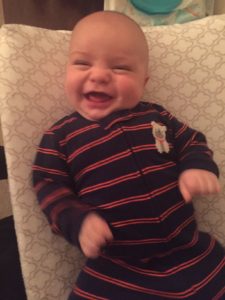 I bet you have many plans and goals for the New Year too.  Here’s wishing us all a happy and prosperous New Year filled with lots of good luck.  After all, we did eat our black eyed peas!

Author’s note:  January 28, 2017 begins the Chinese New Year of the Rooster.  This might be the year you want to buy my book, “Which Came First?”  It’s a story about a girl, a grandmother, a lot of chickens, and one rooster named “Pretty Boy.” 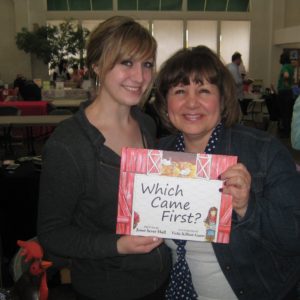