Our youngest child will graduate from the University of North Texas this week. She intends to continue on to graduate school, so her education journey is not yet complete. I’m feeling proud and a bit emotional about her reaching this milestone in her life…especially because she is the last of our four children to graduate from college. 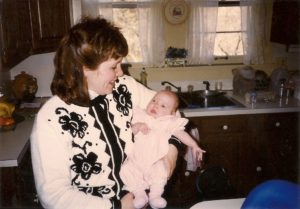 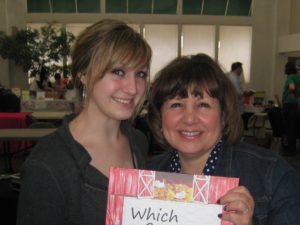 College graduation hasn’t always been a given like it seems to be these days. My father went to college for only a semester before he decided it wasn’t for him and then joined and served in the U.S. Army for three years. 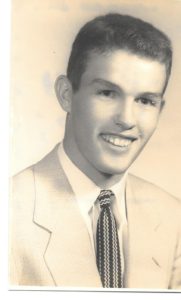 My mother was the first person in her family to graduate from high school. She graduated in 1958 and had the grades for college but she didn’t go. I asked her about this one time and she said that in the late 1950’s, most women who went to college wanted to be a teacher or a nurse. She didn’t want either of those careers so she didn’t even consider college. 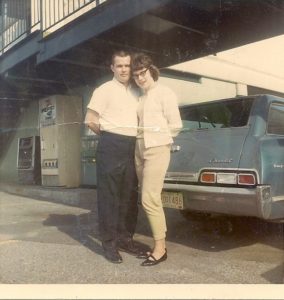 She also told me that her parents (who lived through the Great Depression) didn’t care if she got her high school diploma. They felt that having a job was more important than going to school. My mom finished high school for herself. After graduation, she went to work for the local phone company as a switchboard operator thinking she would have job security. 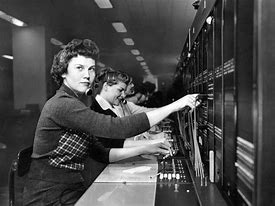 My dad must have seen the world changing because he always talked to me about “when” I went to college, not “if.” I was the first one in my family to go to college and the first to graduate. I felt like a bit of a trailblazer for my brothers and for my cousins who came after me. When we see others, who are like us doing and achieving, I believe it makes our own dreams feel more attainable. 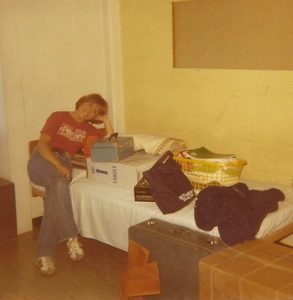 My farm grandmother visited me at Purdue once during my sophomore year. She didn’t often venture so far from home and I remember how amazed she was by the size of everything. She asked if I ever got lost while going to my classes. I felt guilty when I saw her swollen ankles after I had walked her all around the campus. Before she left, she told me how proud she was of me and that I was a brave girl. It’s a memory I treasure and I so wish I had a picture from that day. 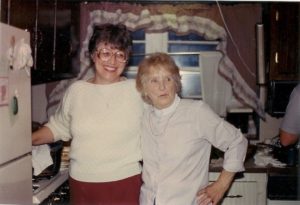 My mother and her mother, my grandmother who visited Purdue

I worked my way through college and then had to pay off student loans, but I still remember the elation I felt on that graduation day so long ago! My younger brother graduated from high school the same month, so our family had two graduation ceremonies to attend that spring. 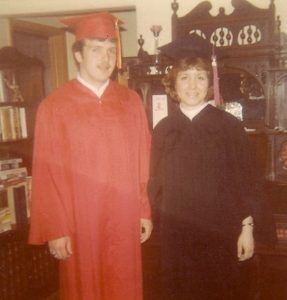 Graduation ceremonies are a wonderful mix of celebration, rituals, and tradition. The first graduation ceremonies for students began in the 12th century at universities in Europe. During the middle ages, early university buildings were unheated and often cold. Scholars began wearing long, clerical type robes and gowns to ward off the cold. These evolved into our present-day cap and gown academic dress for graduations.

The tradition of tossing one’s cap in the air at the end of the ceremony, began at the U.S. Naval Academy graduation in 1912. For the first time, the graduates were given their new officers’ hats at graduation, so they joyfully threw their (no longer needed) midshipmen caps up in the air. This fun tradition caught on and spread to other graduation ceremonies across the country.

Another name for the graduation cap is a “mortarboard.” This square, fabric-covered cardboard which sits upon a skull-cap, is also called a mortarboard because of its similarity in appearance to the mortarboard used by brick masons to hold mortar.  In case you were wondering, the tassel is worn on the right side before the graduate receives their degree, then they move it to the left side. 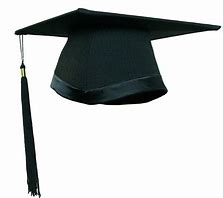 Sometimes college diplomas or degrees are referred to as “sheepskins.” Early diplomas were often on parchment (which is made from the skin of a sheep, goat, or calf) because paper was scarce and difficult to make. Parchment was much more plentiful and durable and was used until paper usage became commonplace.

The graduation march, Pomp and Circumstance, was written in 1901 by British composer, Sir Edward Elgar. It’s actually one of six military marches he composed. Pomp and Circumstance is March No. 1 in D and was first played in the United States at Yale University during their 1905 graduation ceremony. Sir Edward Elgar was invited to attend the commencement and he received an honorary doctorate of music that day. 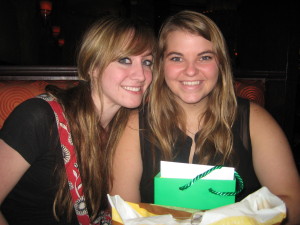 This weekend, will be the first of two college graduations in our family this year. Our other daughter will earn her Master’s Degree from the University of Michigan in July. I’m looking forward to celebrating the achievements of both of our daughters, and to hearing the music of the graduation march!

3 thoughts on “Pomp and Circumstance”