Some folks in our neighborhood had their Christmas trees and lights up before Thanksgiving.  It probably feels good to have the task completed, but we’re too old school to put our decorations up that early.  It seems like we would be cheating the Thanksgiving Holiday out of its time to be center stage.

We have only just begun to decorate for Christmas.  In fact, if truth be told, we don’t even have all of our fall/Thanksgiving decorations put away yet.  It’s fun to savor the decorating process and do a little each day until there’s nothing left in any of our Christmas storage bins. 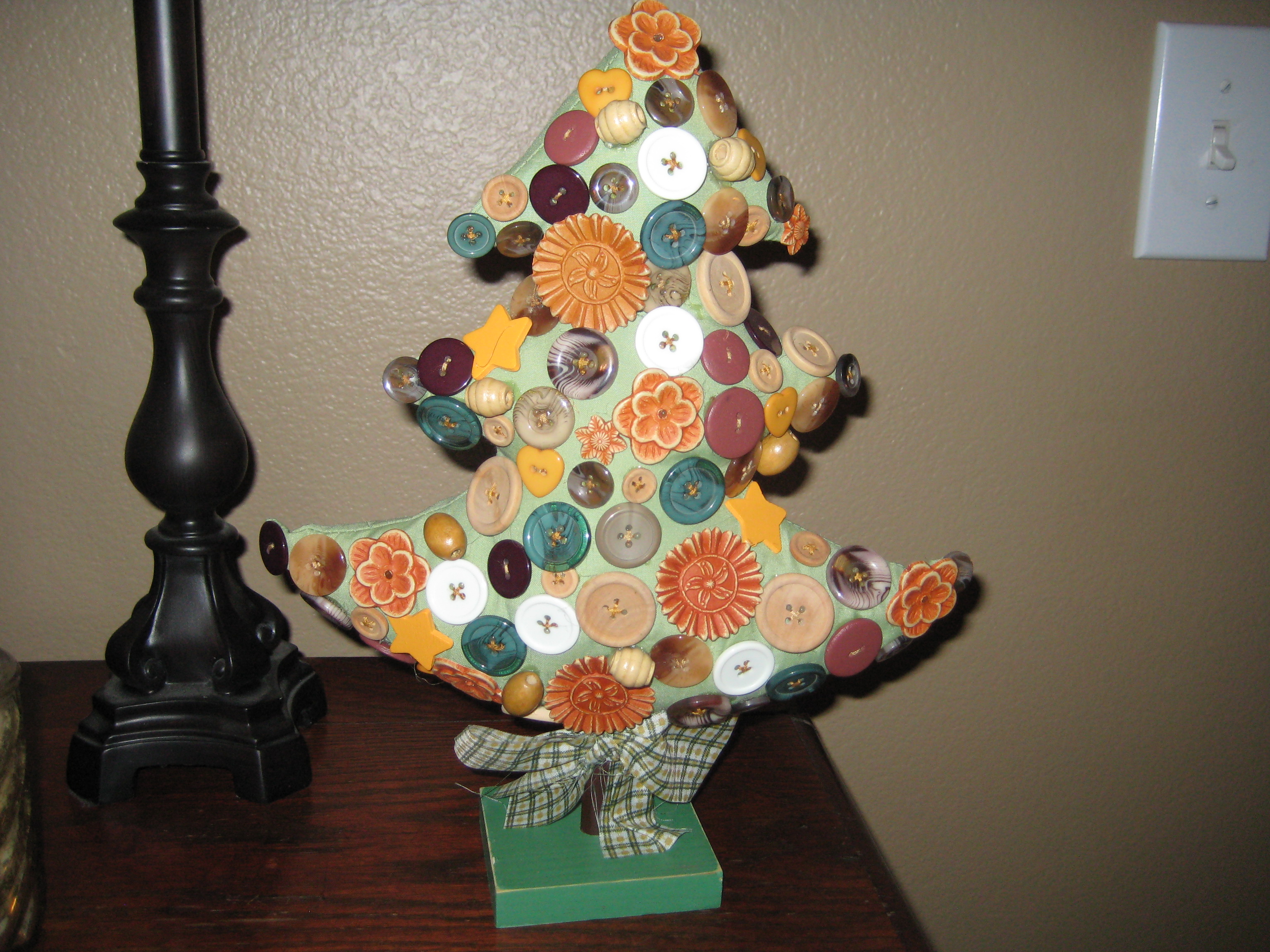 We do have a Christmas tree up and decorated.  It’s one of the two Christmas trees we will put up this year.  When my husband and I married two years ago, we each had our own tree.  So, instead of getting rid of one, we decided to keep them both.  We combined our ornaments for one tree, and we started a fun, new tradition with the second. 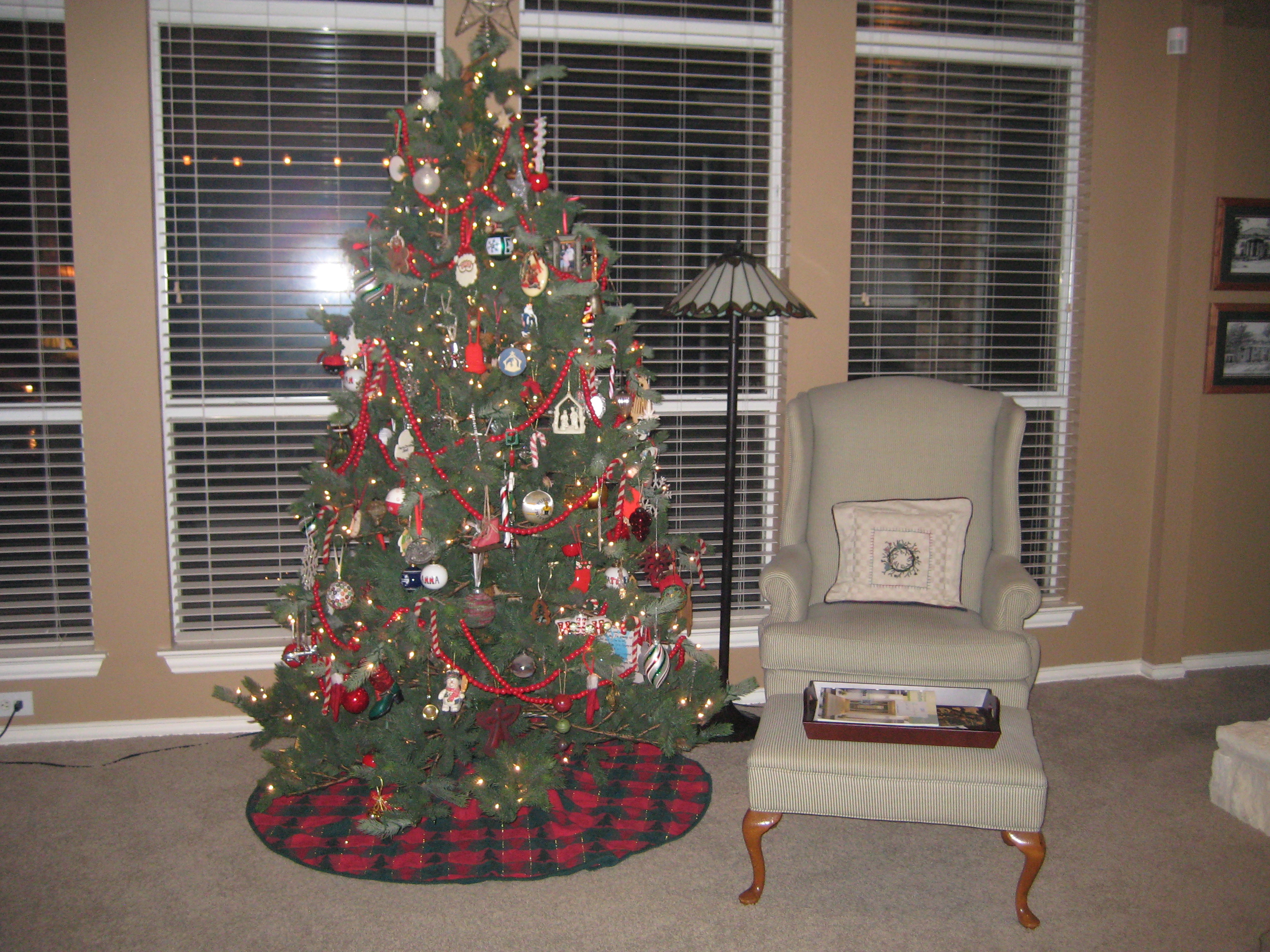 Since all of our children are adults now and five of the six are college graduates, we decided to make the second Christmas tree into a “college” tree.  So now, we have the Purdue University, University of Michigan, University of Arkansas Monticello, Depauw University and University of North Texas Christmas Tree!  We have several ornaments from each college, and glass ball ornaments in all the school colors to finish decorating the tree. 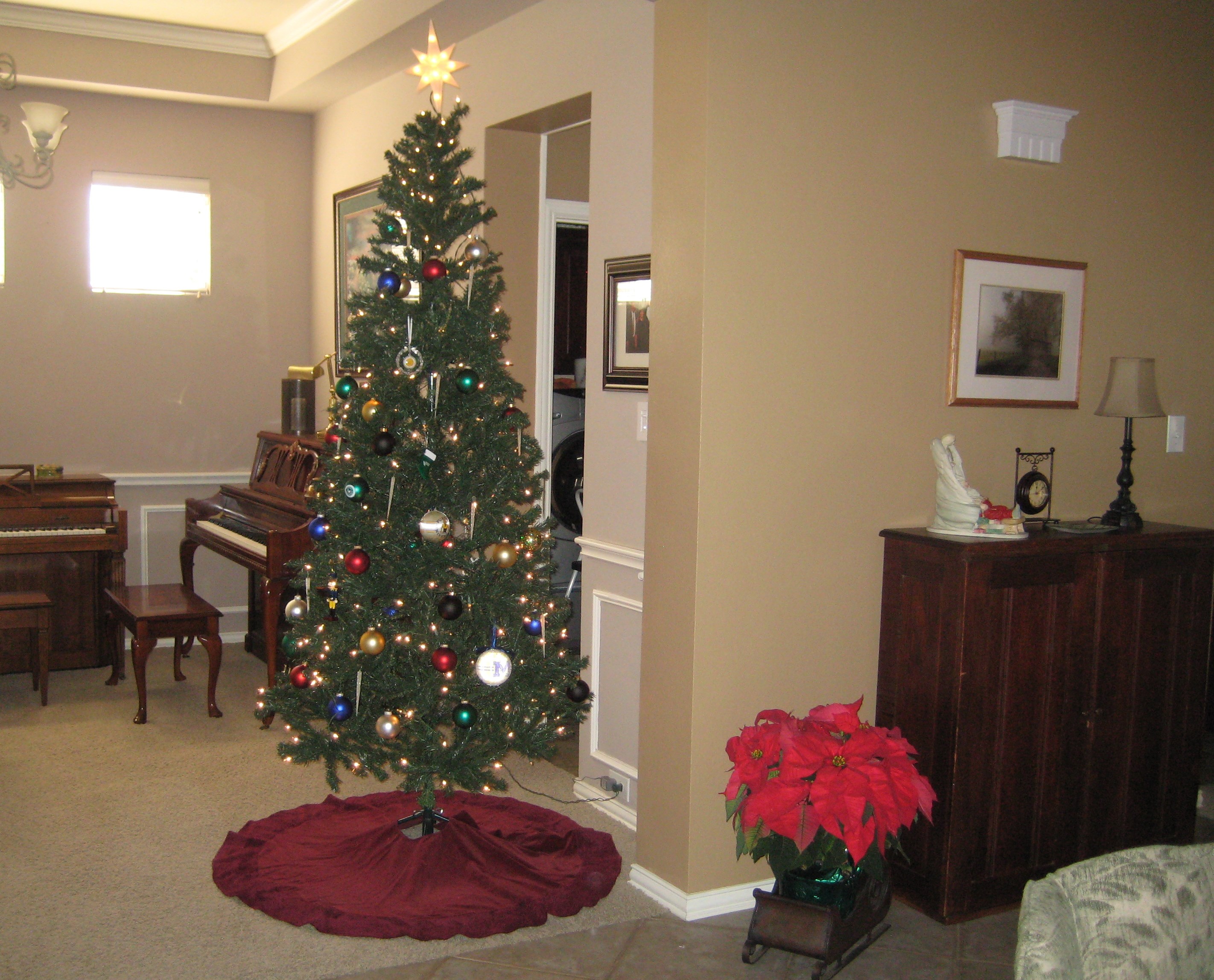 As you buy, cut, or pull your tree from storage this season, you may not realize but the tradition of having a Christmas tree is fairly recent in this country.  To fully appreciate the Christmas tree, it’s good to look even farther back in history.

Before Christianity and our Christmas tree tradition, evergreen trees and plants had a special meaning for people.  The evergreen tree was an ancient symbol of life and people decorated their homes with pine, fir and spruce trees and with evergreen boughs over their doors and windows during winter and to celebrate the New Year.  In many countries, people believed the evergreens would protect their families from evil spirits, ghosts, and illness. 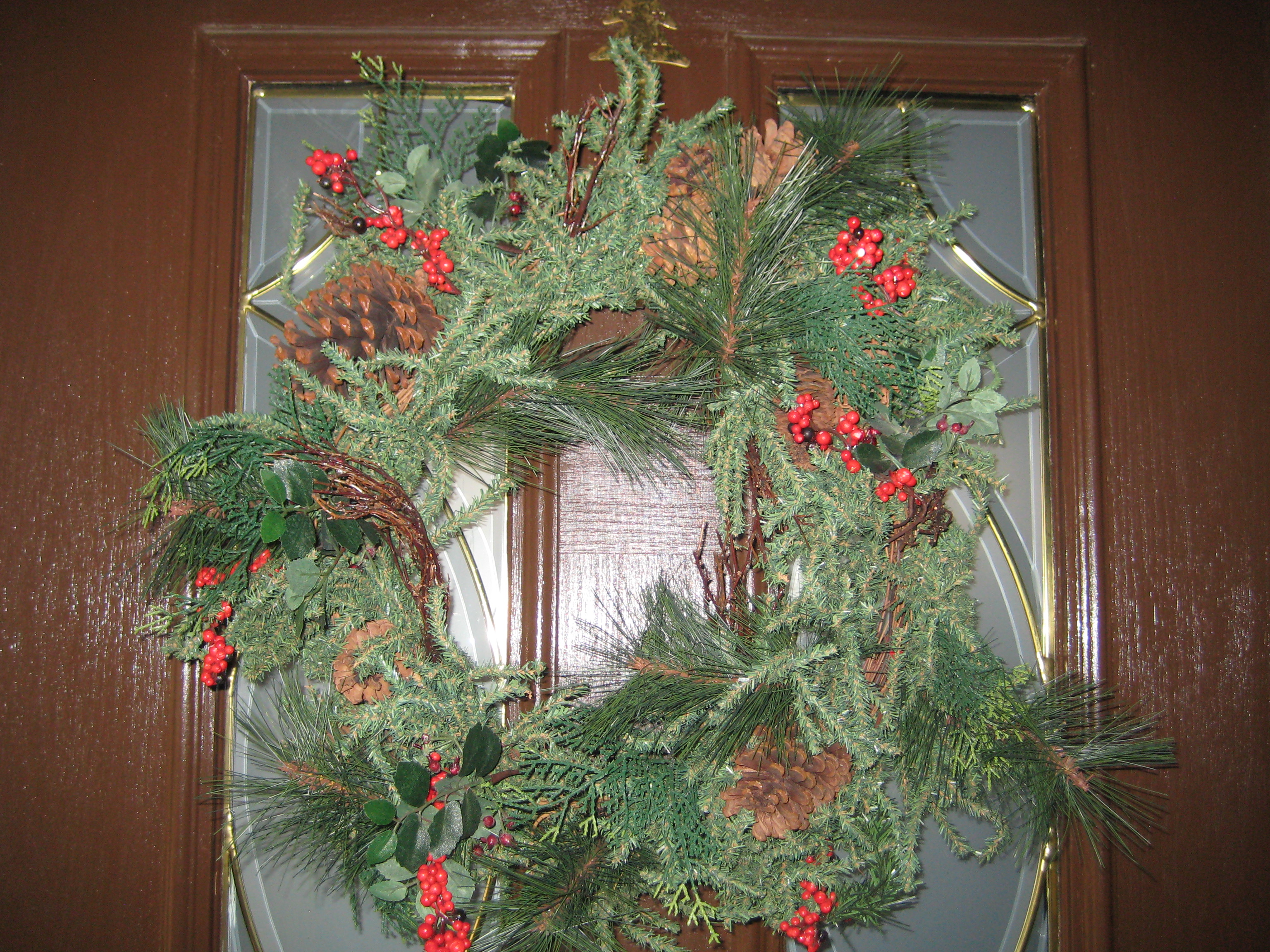 People would celebrate the Winter Solstice which is the day of the year with the fewest hours of sunlight.    According to the Old Farmer’s Almanac, the word “solstice” comes from the Latin words for “sun” and “to stand still.”  The winter solstice is the day winter officially begins.  In the Northern Hemisphere where we live, the winter solstice normally occurs December 21st or 22nd.  In the Southern Hemisphere, it occurs June 20th or 21st.  The 2015 winter solstice for us occurs on December 21st at 11:48 p.m. EST.

Ancient peoples believed that the sun was a god and winter came every year because the sun god had become weak and sick.  They celebrated the winter solstice because it meant the days would begin to get longer and thus, the sun god was getting strong and well.  Since evergreens reminded them of all the green plants that would grow again in the summer, they decorated their homes with the symbols of life during the winter. 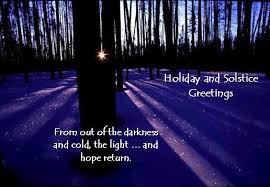 Germany is credited with beginning the Christmas tree tradition.  The first record of a Christmas tree in America was in the 1830’s in the home of German settlers in Pennsylvania.  At that time, Christmas trees were seen as odd, pagan symbols and were not accepted by most Americans.  The Germans also brought with them other Christmas traditions such as gingerbread houses, advent calendars, and cookies. 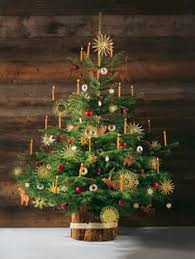 Even though we declared our independence from England in 1776, Americans were still heavily influenced by the British and especially the British royals.  In 1846, a sketch was published in the London News showing Queen Victoria and her husband, Prince Albert, (who was from Germany) standing with their children around a Christmas tree.  Queen Victoria was very popular with her subjects and whatever she did immediately became fashionable.  Christmas trees became popular in Britain and this tradition spread to the United States. 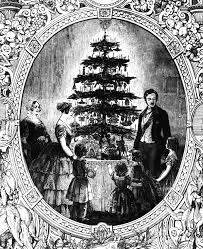 By the late 1800’s Americans were decorating their trees with homemade ornaments as well as ornaments imported from Germany.  They also used apples, nuts, berries, popcorn and cookies to decorate their trees.  Candles were used to illuminate the American Christmas trees until electricity was discovered and Christmas lights were born.  Today, lighted Christmas trees are an American tradition. 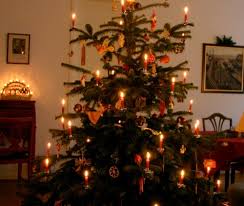 When I was growing up, we always had a live Christmas tree.  I continued this tradition with my own family until the year our real tree fell over twice spilling dirty water on the carpet and breaking some old, family ornaments as well as the star tree topper we had used for twenty five years.  At that point, I decided it was time for an artificial tree.

While some folks like us have artificial trees now, many Americans still like the tradition of having a live one.   According to the National Christmas Tree Association website, www.realchristmastrees.org, 25 – 30 million live Christmas trees will be sold in the United States this year.  There are 15,000 Christmas tree farms in our country, employing 100,000 workers. 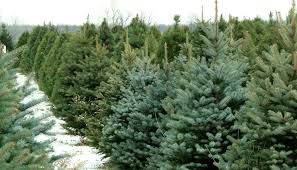 While all 50 states grow Christmas trees, the states which produce the most are Michigan, North Carolina, Oregon, Pennsylvania, Washington and Wisconsin.  Currently, there are 350 million Christmas trees growing on Christmas tree farms in America.  It takes four to fifteen years to grow a Christmas tree with the average growing time being seven years.  For every Christmas tree harvested, one to three seedlings are planted the following spring. 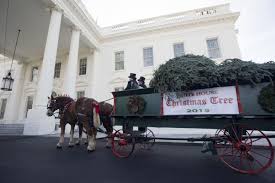 Here is a list of our top ten most popular live Christmas tree varieties from the www.garden.org website.  I’ve copied some good information word for word to help you choose your tree: 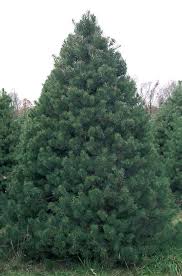