One evening last week, my 80-year-old dad called and asked if I would meet him Saturday morning at a local funeral home.

“Well, yes, but is there something you haven’t told me?”

Dad said that he had called around to different funeral homes about pre-planning his and mom’s funerals, and he had chosen one and set up a meeting. He said he had been thinking about taking care of the plans for a while to make things easier down the road and he wanted me to go with him. So, we arranged to meet Saturday morning at 10:30. 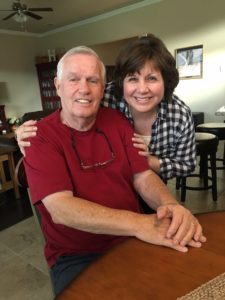 Coincidentally, Saturday was also the due date for my second grandchild…and my first granddaughter…who was soon to be born to my son and daughter-in-law in Indianapolis. 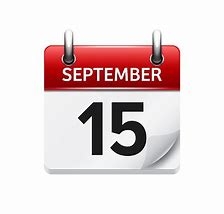 At 3:00 in the morning on Saturday I awoke from a sound sleep and I didn’t know why. I laid in bed awake for a while, and then dozed off again until about 6:00. As I was getting my second cup of coffee around 7:00, I heard a new text message come through on my phone. It was my son saying my daughter-in-law had gone into labor in the night (around 3:00 a.m.) and they were at the hospital waiting and timing her contractions. He said things were progressing pretty quickly.

While I showered and got ready to leave the house, I thought about the juxtaposition of waiting to hear of the birth of my second grandchild on the same day that I was meeting my dad to help plan my parents’ funerals. When I was a girl, my maternal grandmother would always say, “Old ones die and new ones are born.” At the time, I used to think, well of course; how obvious! But Saturday morning, and all these years later, I realized that she had been talking about the circle of life and how it just continues on. 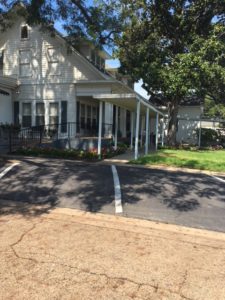 As I climbed into the car to leave to meet my dad, my phone went off again. It was my son, Ryan, saying that little Hallie Corinne had arrived and both mom and baby were doing great. He said he would call me shortly. 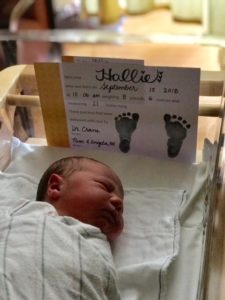 When I arrived at the funeral home, I hugged my dad and said, “You have a new great-granddaughter.” 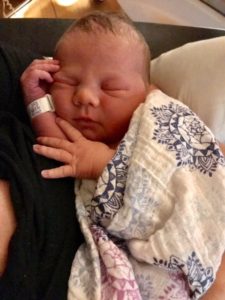 Hallie Corinne, the new little one whose arrival has brought much joy to our family!