Neighbor~1. One who lives or is situated near another.  2. A fellow human being. ~Webster’s New World Dictionary

Those of us who grew up with Mr. Rogers Neighborhood, or who watched it with our children, know that Fred Rogers used the term “neighbor” interchangeably when referring to his actual neighbors as well as his friends.  And, many of them were one and the same. “Mr. Rogers Neighborhood” began in Pittsburgh in 1967 and was picked up by PBS and broadcast nationally beginning in 1968.  If you check your local listings, you will find that it is still on TV now in 2014, 11 years after the death of Fred Rogers from stomach cancer.

I believe the reason for the longevity of this program is that it resonates with people because so many of us strive to be good neighbors and friends.

I’ve had bad or unfriendly neighbors during my adult life and I know good neighbors make living in a place a lot more pleasant and fun.  I once lived in a neighborhood where no one “neighbored.”  There was no interaction, no waves across the driveways, and certainly no one borrowing an egg or a cup of sugar.  There was no sense of friendship or community because there was no contact between the neighbors.

I moved from Illinois to Texas almost five years ago.  Fortunately for me, I bought a house that was surrounded by great neighbors.  The first week I was here, all the neighbors in my cul-de-sac came over and introduced themselves and welcomed me.  They also laughed when the movers unloaded my snow shovels.

Since then, they have consistently been neighborly and supportive and have become my friends.  When I married, my husband said they were now his neighbors-in-law.  Good neighbors are priceless.

Last weekend, we went to Little Rock, Arkansas to visit my husband’s family.  We stayed with his sister, who has a home in Hillcrest, a beautiful and historic neighborhood dating back to the late 1800’s.

For the past 11 years, the Hillcrest area has played host to a “spontaneous neighborhood event” which has occurred each year at 2:00 p.m. on the Sunday after Halloween. 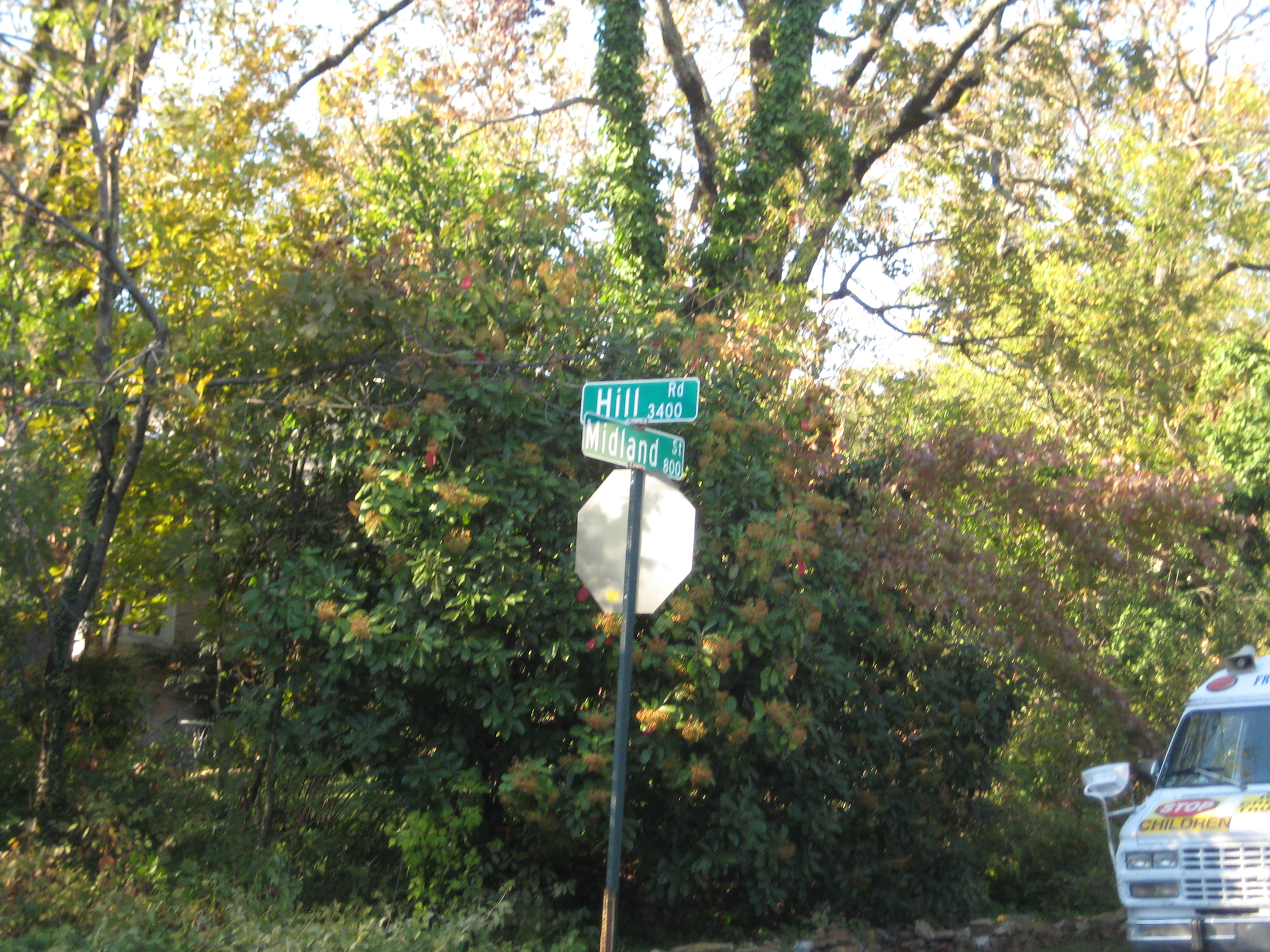 Every year, the neighbors come together on the corner of Hill Road and Midland Street for the “Pumpkin Roll” to raise money for the Camp Aldersgate Foundation.  Camp Aldersgate is a local camp whose mission statement says they create life-changing camping experiences for adults and children with special needs, enabling them to expand their worlds and express their unique voices. 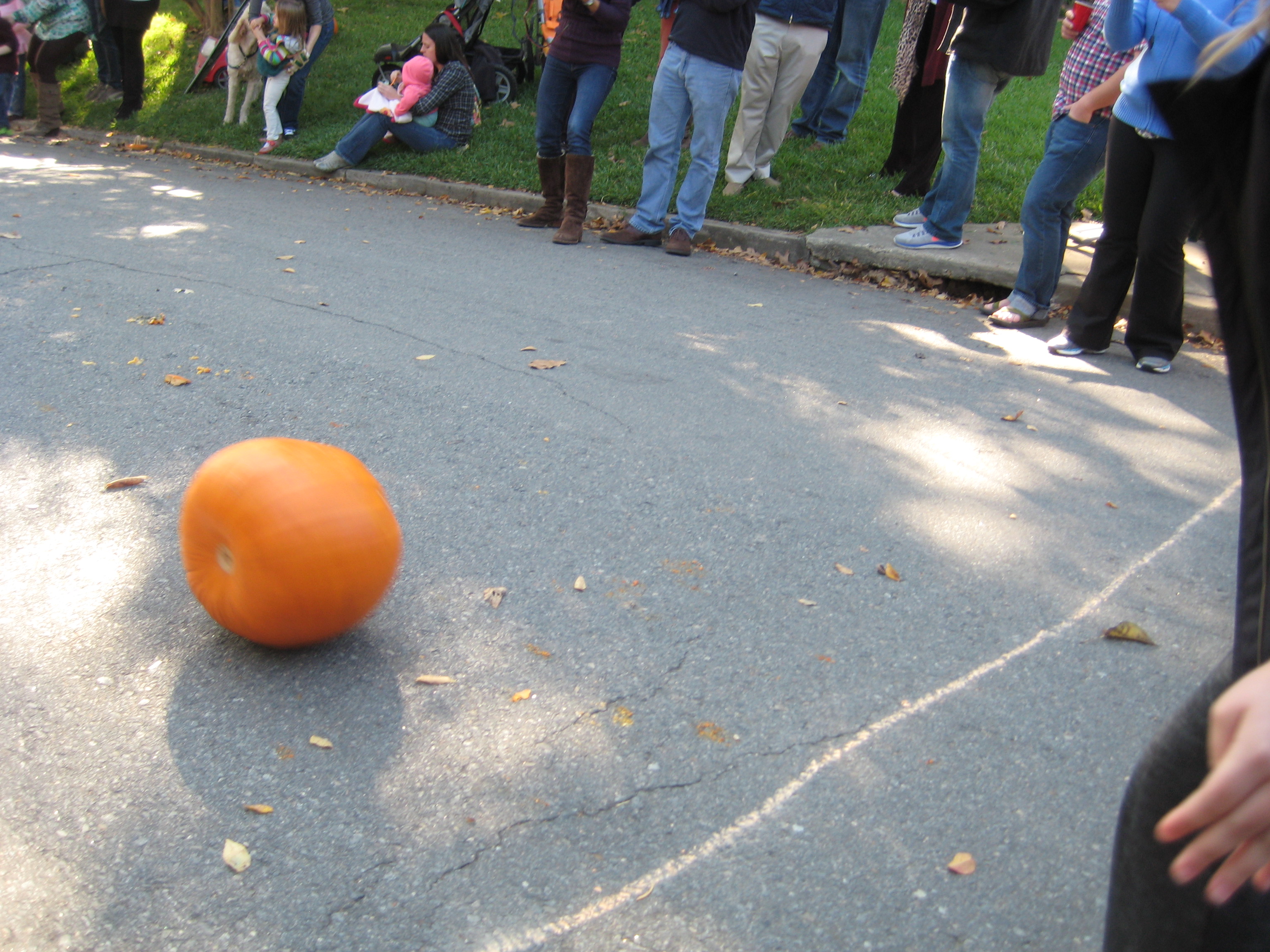 We were fortunate to have the opportunity to participate in the Pumpkin Roll this year.  For $5.00 a roll, you could send a pumpkin down the very steep hill on Midland Street.  There were big pumpkins, little pumpkins, white pumpkins, green pumpkins, jack-o-lanterns leftover from Halloween, and at least one or two gourds.  The goal was to raise money and see whose pumpkin (or other organic orb) could roll the farthest without exploding or crashing into something or someone. 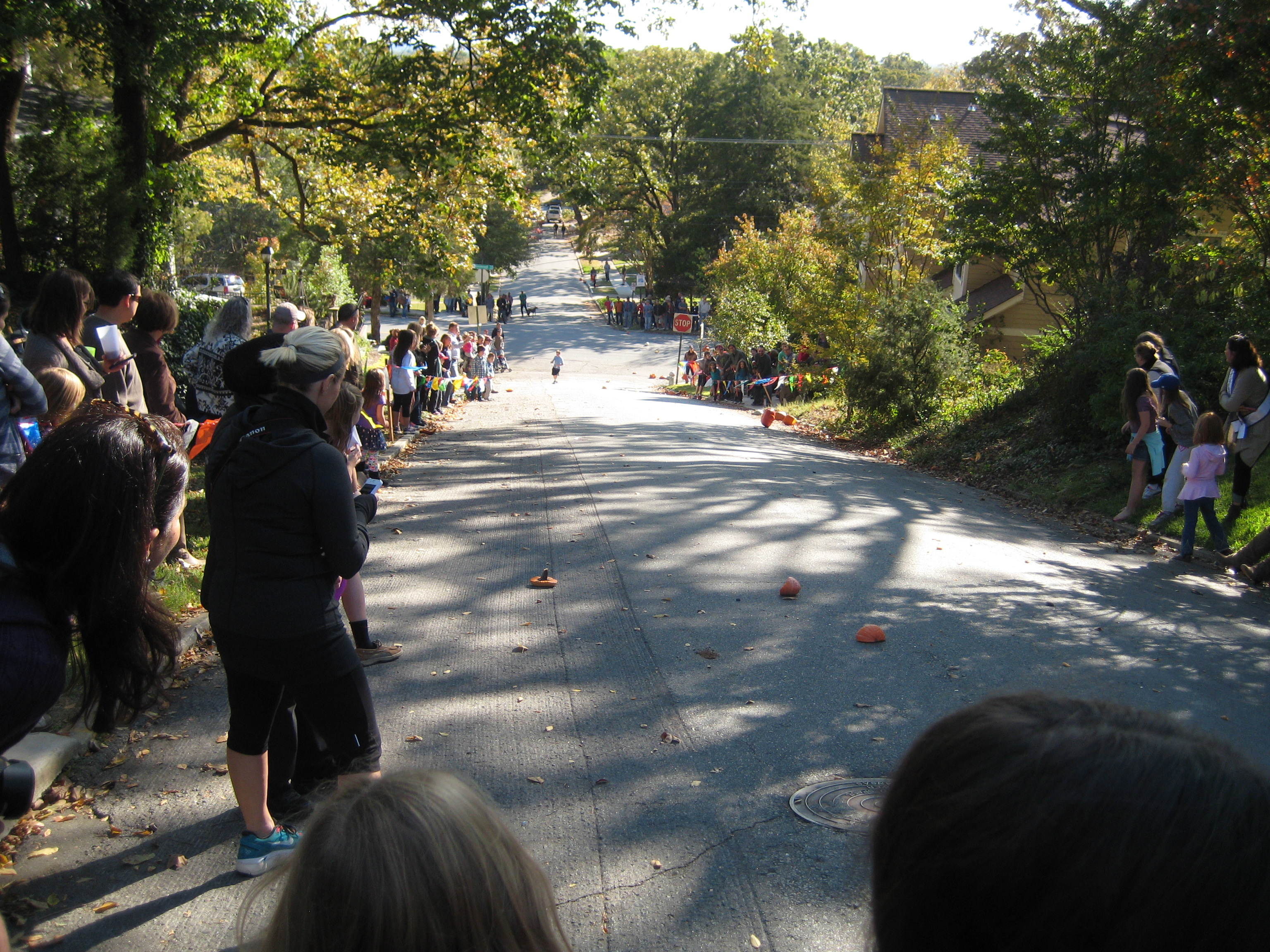 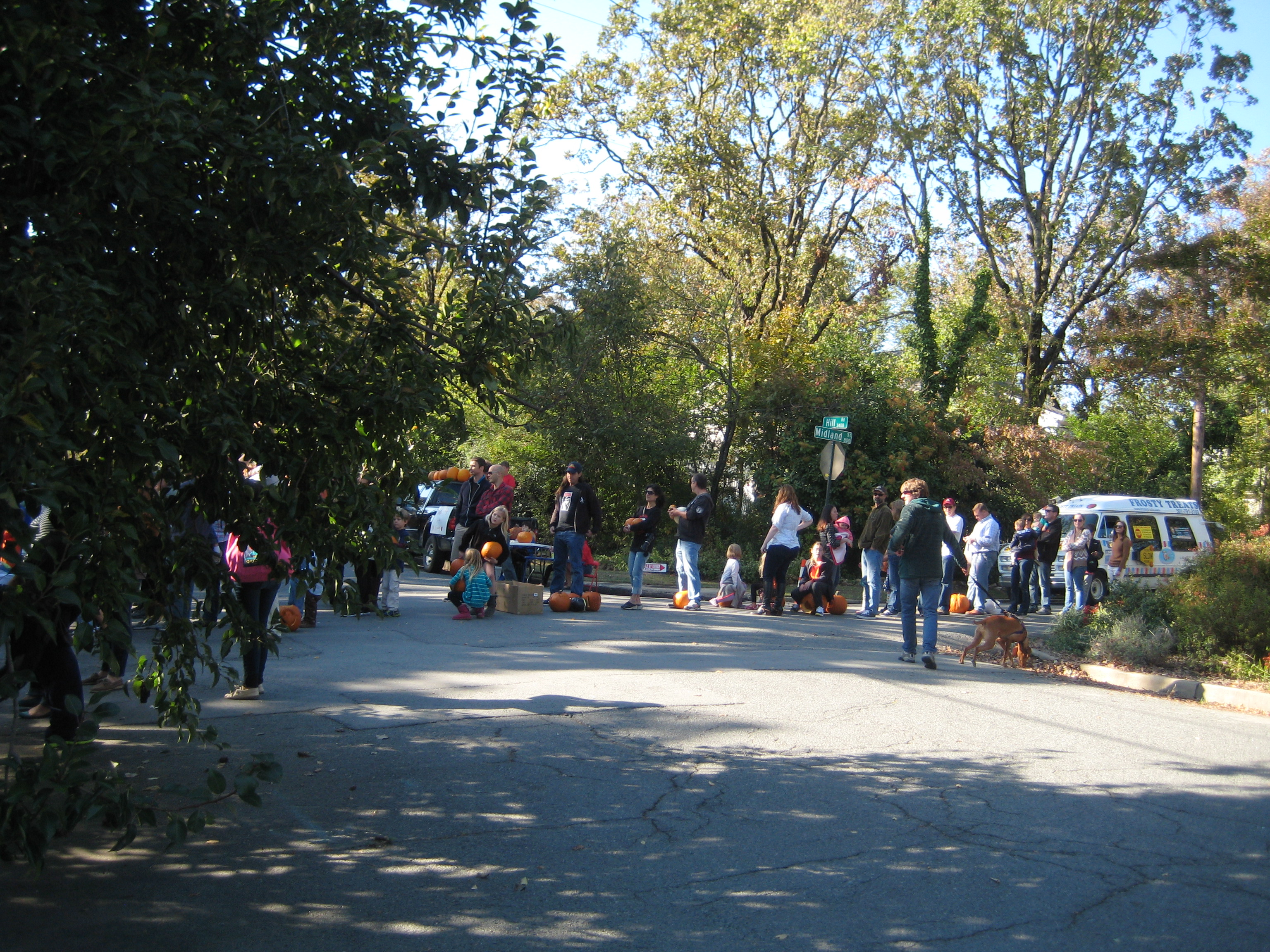 The event lasted more than an hour and people held their pumpkins and waited patiently in the very long line for their turn.  There was much cheering and laughter as pumpkin after pumpkin went sailing down the hill.  At the end, neighbors helped clean up the pumpkin massacre and prizes were given out for the top three adult and child pumpkin rolls. But what struck me as I stood watching, was the great sense of community and friendship in the neighborhood as they all came together for fun and charity. 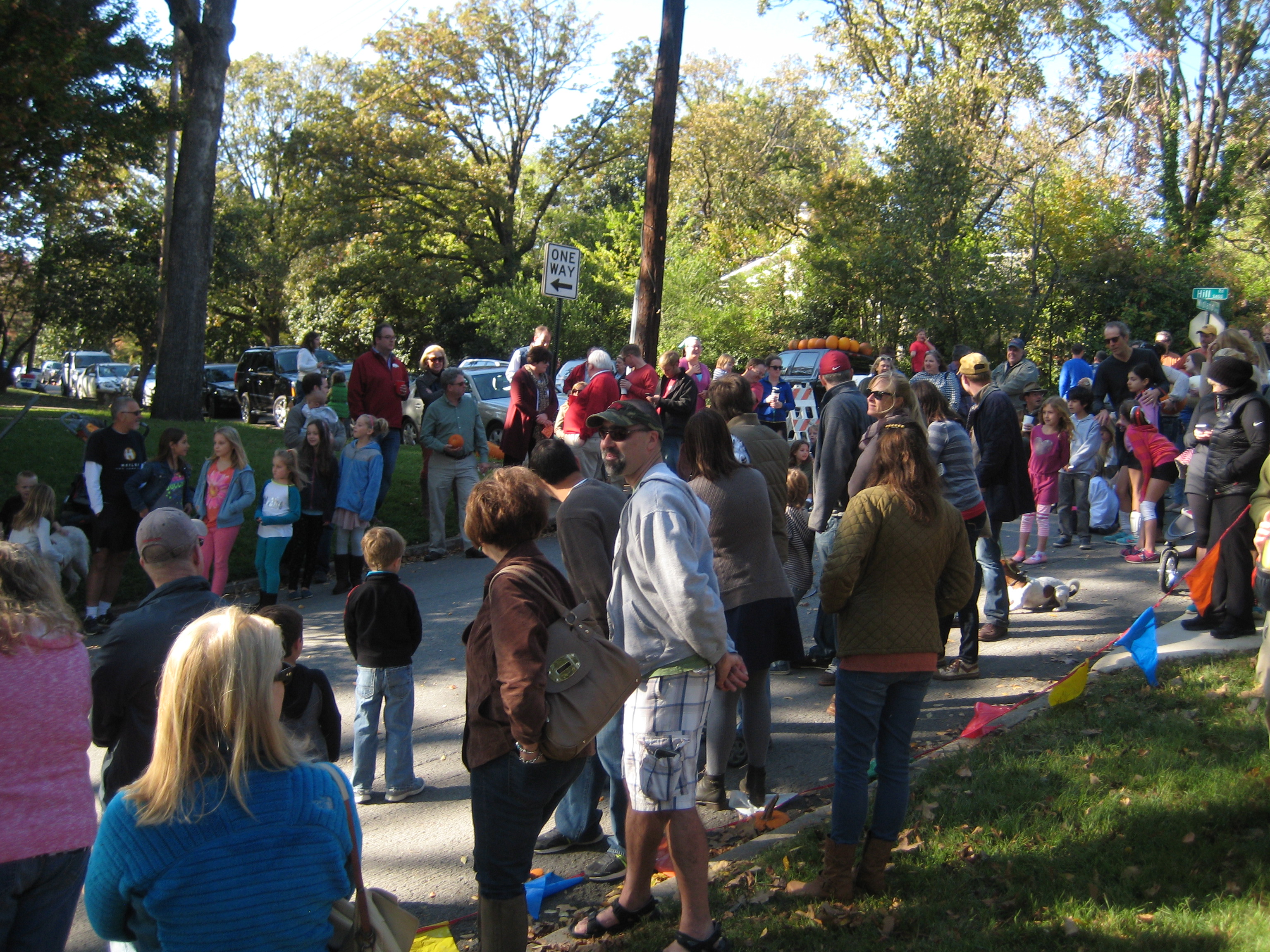 I have a theory about good neighbors and good neighborhoods.  I believe that in every great neighborhood, there are great people who reach out to others and make connections because they want that wonderful sense of community and friendship with their neighbors.  Those people are the catalysts or the sparks which start it all.  And my neighbors, Paul and Cheryl Brown, if you think I am talking about you, the answer is yes! 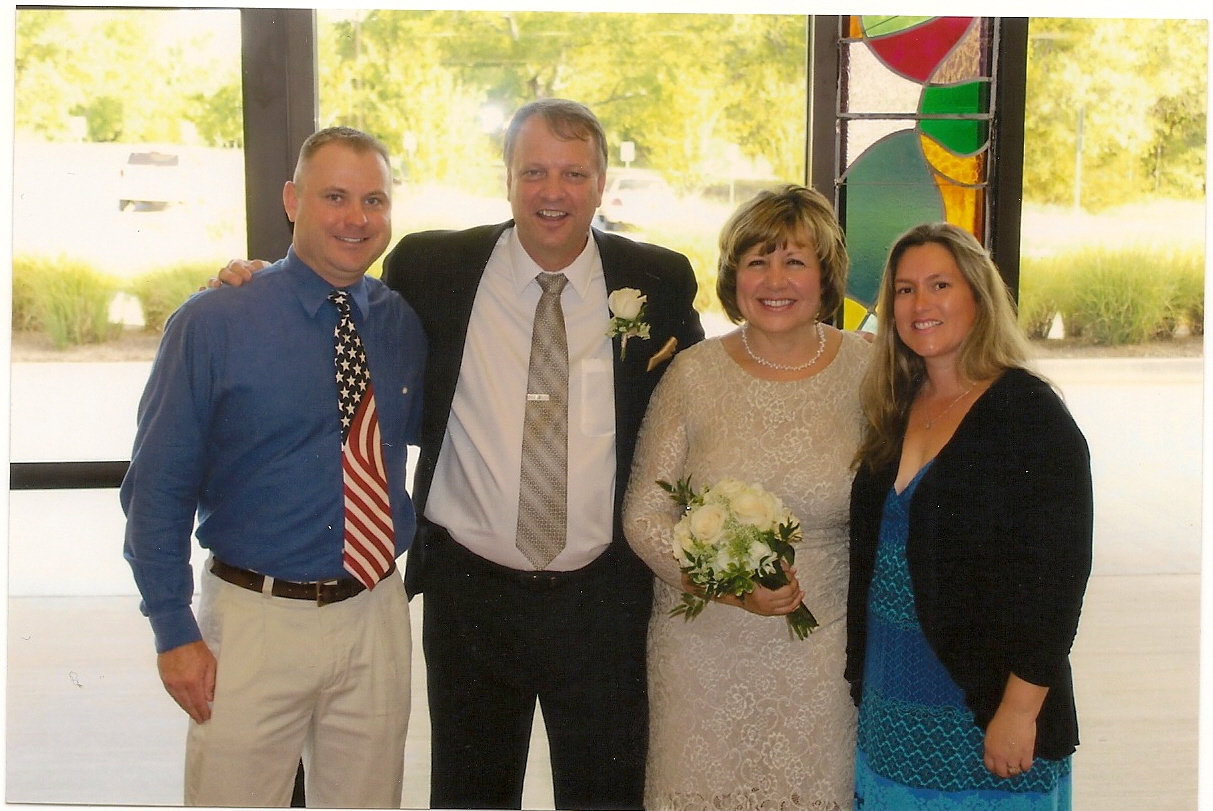 Finally, I will leave you with my very favorite quote from Mr. Rogers, the champion of neighboring and friendship:

“If you could only sense how important you are to the lives of those you meet; how important you can be to the people you may never even dream of.  There is something of yourself that you leave at every meeting with another person.”

What kind of “neighbor” will you be today?  What will you leave of yourself for others?

*Author’s Note:  In doing research for this post, I happened on a website with a very intriguing concept…www.artofneighboring.com  Check it out.  Started by 21 churches in Denver in 2010, The Art of Neighboring website says their movement continues to grow in other cities around the country:

2 thoughts on “It’s A Beautiful Day In The Neighborhood”