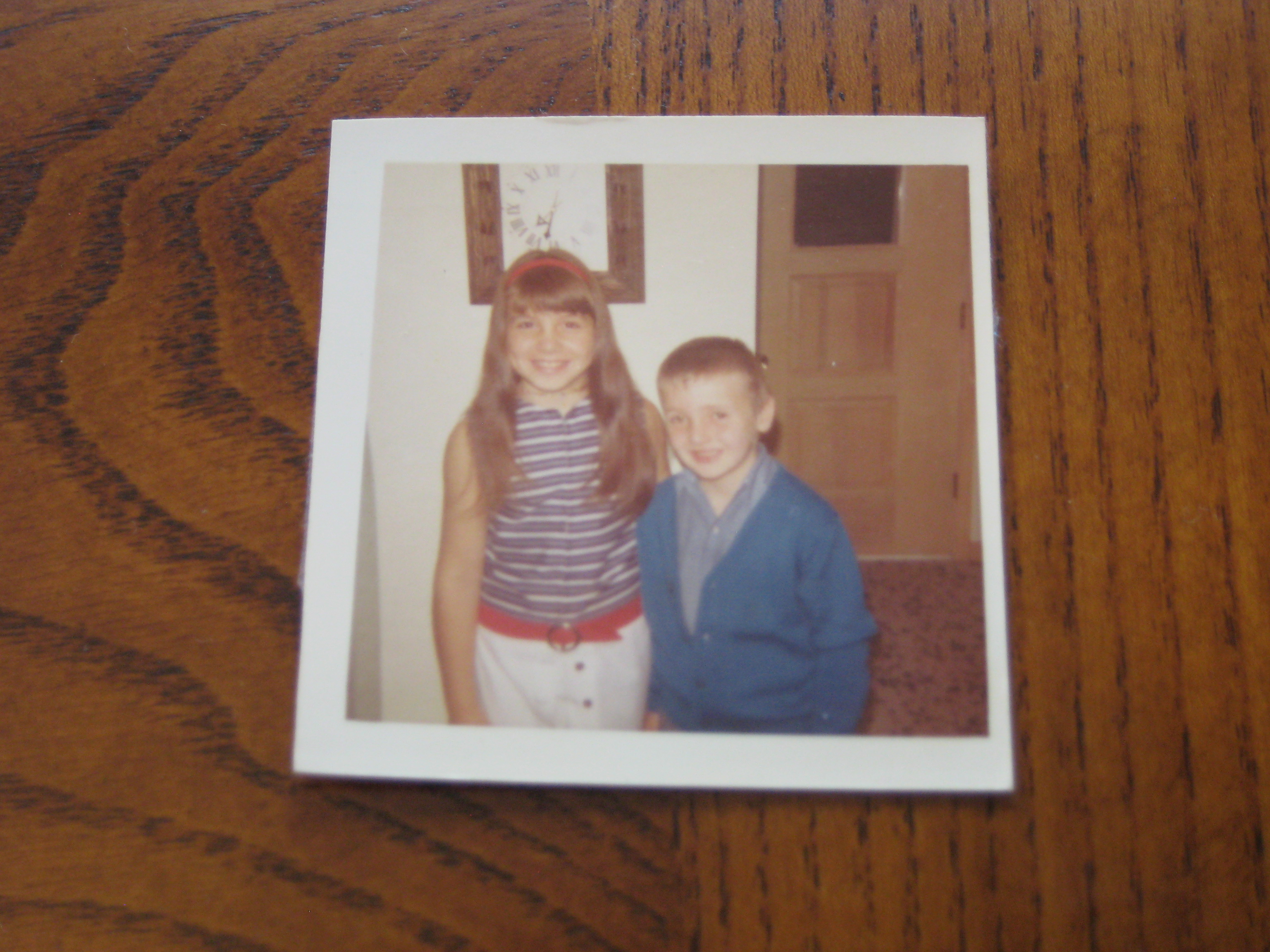 Recently, while cleaning out a closet, I found my marbles.  To be completely accurate, I found a container of marbles that had belonged first to my brother, Jeff, and me, and then had been added to and played with by my kids.  I dumped them out on the carpet and sat there on the floor looking at all the different colors and sizes.  I put my hand into the pile of marbles and felt their coolness and thought back to the times my brother and I had sat on the floor of our parents’ house trading marbles from our respective collections. 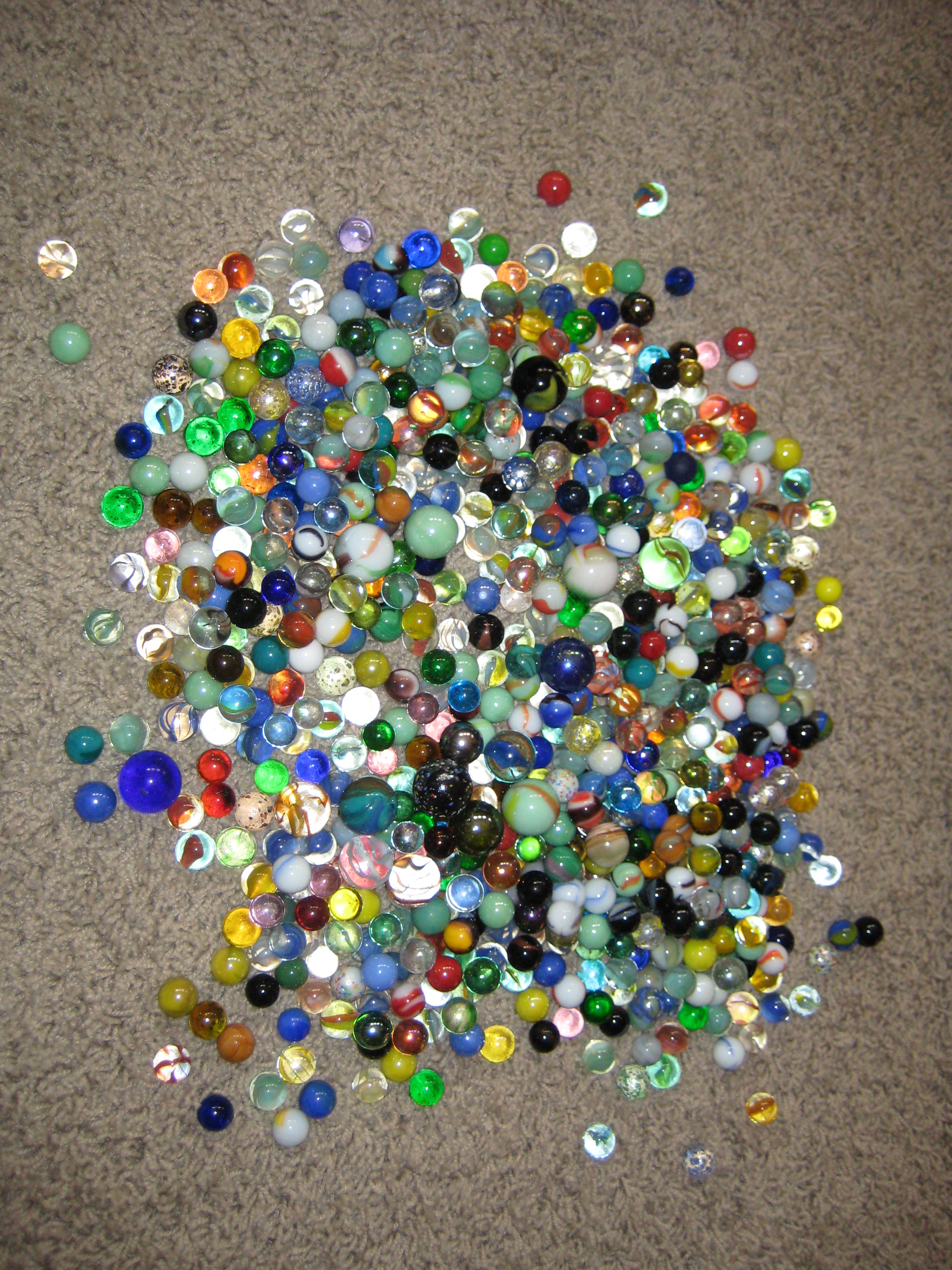 On summer days, we would go outside and draw a circle in the dirt with a stick and then two lines on either side of the circle and play marbles.  I can’t remember all the particulars, but we would begin with a certain number of marbles from each of us in the circle, and then use the bigger “boulder” marbles to shoot at and try to knock the other player’s marbles out of the circle.  Those bigger, shooter marbles also went by other names such as popper, masher, bonker, (my brother’s favorite name for them) thumper, smasher, taw, bowler, giant and biggie.  Marble names were great fun and were my first lesson in the use of synonyms. 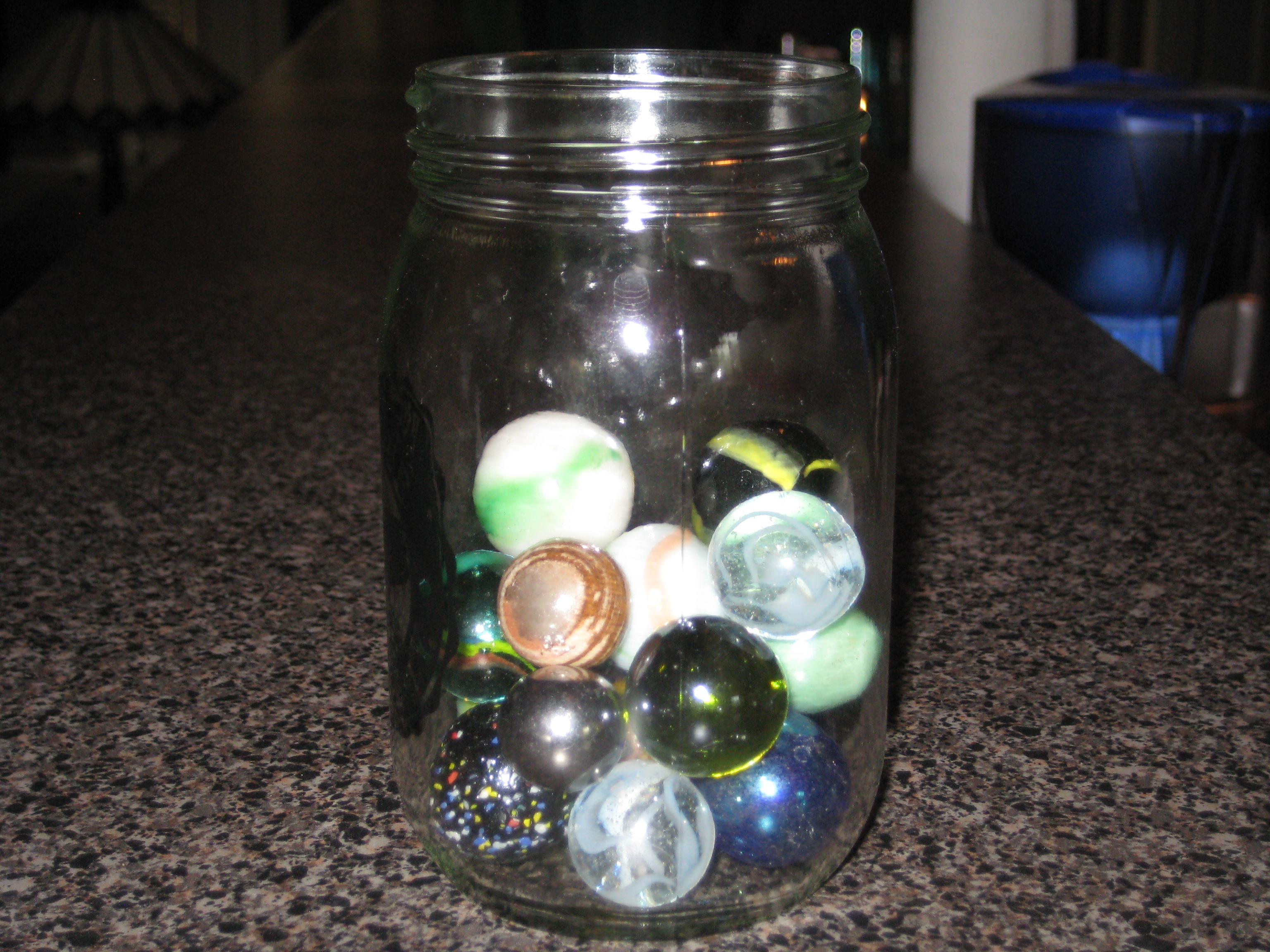 Words like “knuckle down” (the way you place your hand to shoot at other marbles with your thumb) or mibs or ducks (other names for marbles) and “quitsies” or “no quitsies” kept running through my head. Players can have quitsies which means you are able to quit the game at any time without losing your marbles or no quitsies but you must decide this before you begin play.  We played for “keepsies” which is a marble term meaning if you knocked the other player’s marble out, you got to keep it.

My brother liked the metal steelie marbles best but I liked the clearie marbles that looked as if they were full of colored water.  I also liked the “oilie” marbles that had an iridescent finish and looked like they had rainbows in them. We both liked the cat eye marbles and we used to hold our black cat named “Pepsi” and look into his eyes to compare and see if the marbles really did look like cat eyes.  They did. 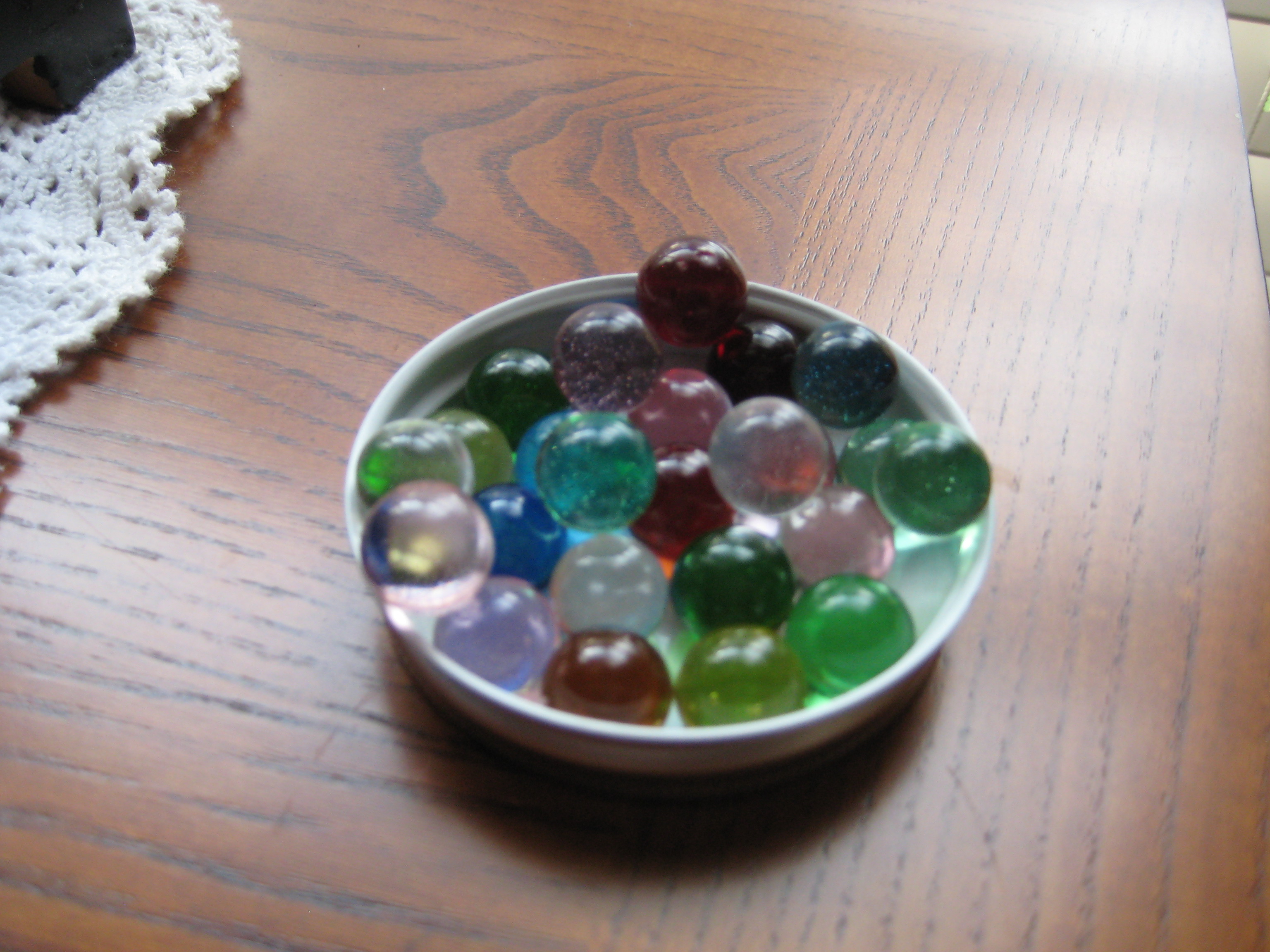 We were always on the lookout for the cool “onion skin” marbles that had layers of colorful swirls like an onion, or the elusive bumble bee marbles that were all yellow with two black stripes on each side.  I’m not sure which I liked better…playing marbles or trading with other kids for new ones in my collection.  If a cousin or a neighbor would come over with their bag of marbles, we would play and eventually end up trading for cool new ones to add to our marble bags. “I’ll give you two clearies and my toothpaste shooter for your steelie boulder?”

The oldest marbles found by archaeologists date from 3000 B.C. and were buried with an Egyptian child at Nagada. The first literary reference we have to marbles is from the First Century A.D. when the Roman poet, Ovid, mentions the game of marbles.  The ancient Romans played a lot of games and invented many of the games we associate with marbles today.

Early marbles were made from clay, stone, glass and rounded semi-precious stones.  Today, marbles are made from glass, clay, ceramic, steel, plastic or agate.  They come in different sizes but are most commonly ½ inch to 1 inch in diameter.  While many children grow up playing with marbles, some people collect marbles their entire lives for nostalgia and because they enjoy their aesthetic colors.

Do kids play marbles anymore?  They are certainly part of a lot of the board games that are still available in stores…Chinese Checkers, Aggravation, Mousetrap, Hungry Hungry Hippos…and Mancala uses flattened marbles as part of the game.

When my kids were small, they had an old Discovery Toys game they loved called Marbleworks.  It was a construction game where they had to build a racetrack out of chutes and bridges and paddlewheels and tunnels.  When the racetrack was complete, they would race their marbles against one another.  The game would be slightly different every time because the track was never the same.  I loved it because it involved both creativity and competition.

The year my brother was turning 40, I put together a giant box of memories in honor of his milestone birthday.  I put in many of the games from our childhood and a bag of marbles was certainly among them.  I still remember the laughter in his voice when he opened my surprise present.  One of my most treasured possessions is a beautifully finished wood Aggravation game board my brother made for me one Christmas about 25 years ago.  The marbles that go with it are still in the original purple “Crown Royal” bag he put them in. 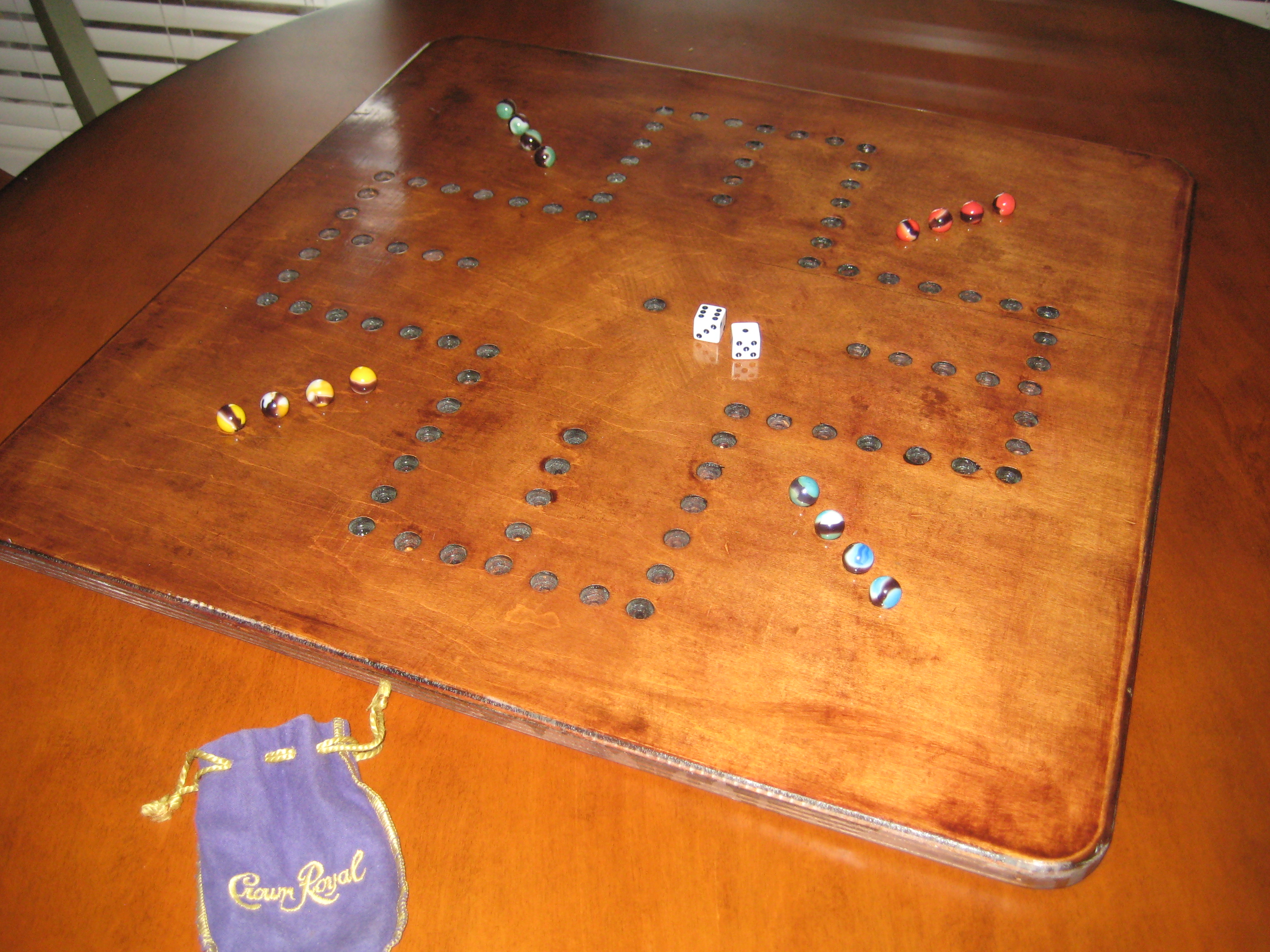 The marble industry is alive and well in our world.  There are pages and pages of marbles for sale on ebay with prices ranging from $.99 to $203 for just one marble.  There are websites and events devoted to marbles…check out www.moonmarble.com and www.landofmarbles.com where you can sign up for their email newsletter so you can be informed of upcoming marble events and competitions.

There is an annual four day national marble competition where competitors compete for bragging rights, prizes, awards, and college scholarships.  The national marble competition has been held every summer in Wildwood, New Jersey for almost 100 years.  Competitors are called “mibsters” (marble shooters) and will play more than a 1,200 games over the four-day tournament.  There are also marble making demonstrations and opportunities for collectors to buy or trade for new marbles.  For more information, see www.nationalmarbletournament.org

On a final note, I will leave you with some marble idioms that are commonly used in our American speech.  If you have forgotten, an idiom is a word or phrase which has a figurative meaning that is separate or different from its literal meaning.  Marble idioms just for fun:

Pick up your marbles and go home…to abruptly leave an activity you have been involved in because you don’t like what’s happening.

I found my marbles…I’m over an upset and back in my right mind. 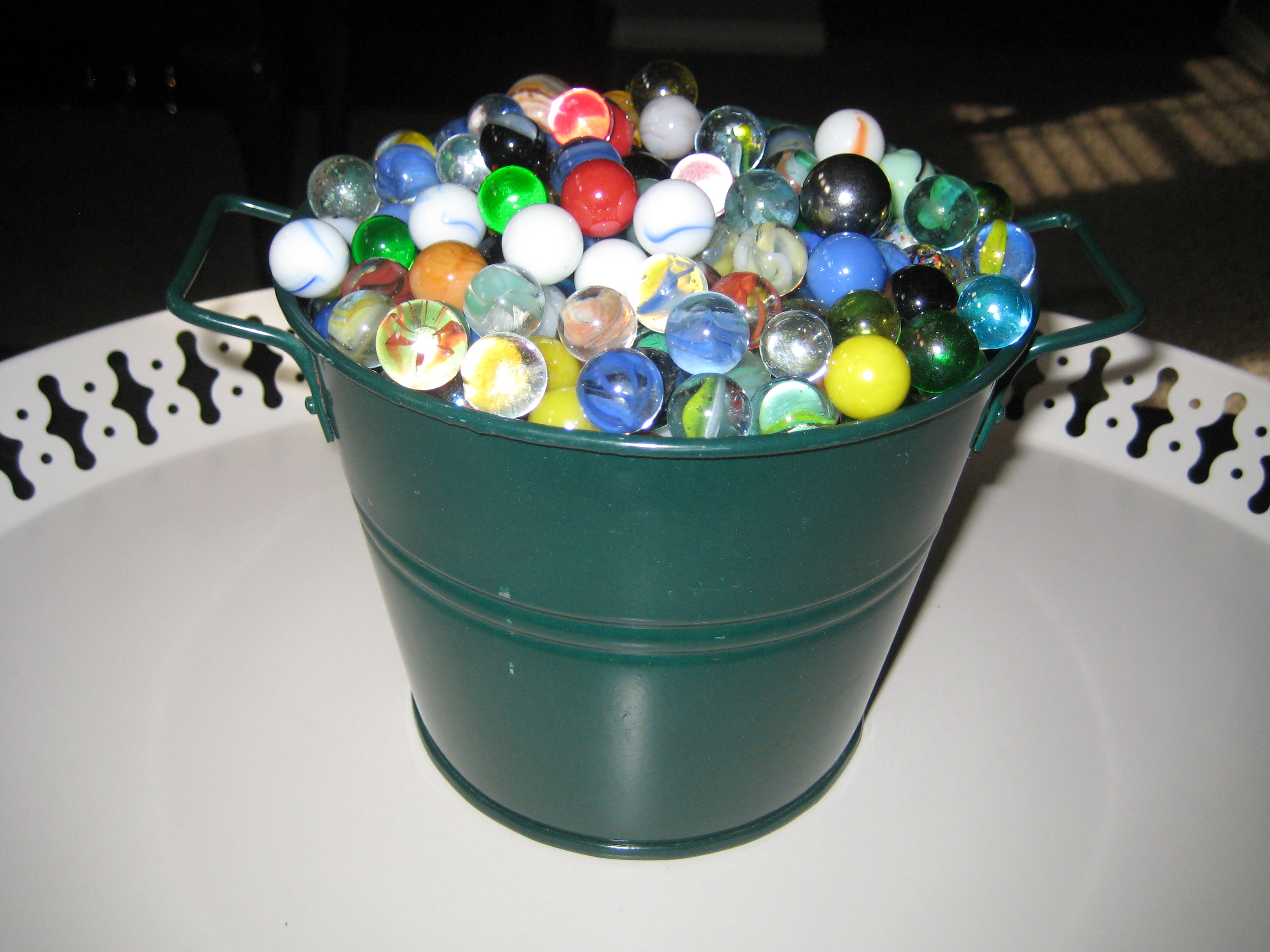 4 thoughts on “Don’t Lose Your Marbles”