In the past week, my husband and I moved from a house that was almost 3200 square feet to one that is 2200 square feet.  As you can imagine, we had to get rid of stuff…lots of stuff.  It’s true that our belongings tend to expand to fit our space.  Unfortunately, the reverse doesn’t happen.  Belongings do not shrink to fit a smaller house without some effort.

We knew we would have three fewer rooms and a lot less storage space, so a couple of months ago, we set out to lighten our load.  After two garage sales, multiple trips to Goodwill, many items sold on Craig’s List and nextdoor.com, we almost fit into our new house.  We do have a random desk sitting in front of the fireplace in our family room that I hope to work in somewhere. 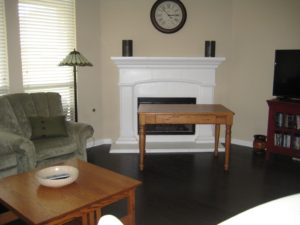 According to thestreet.com, we are part of the Baby Boomer trend that started in 2014 toward downsizing to a simpler way of living.  Twenty-eight per cent of Americans who are ages 55 – 59, say they will downsize on their next home purchase.  Now that the Boomer generation is all over the age of 50, they have tired of “going big” and are opting for smaller homes and vehicles.  Boomers still want the amenities and comforts they are famous for, but on a smaller scale.

It took us a year of talking about it before we ultimately decided to downsize.  Several factors entered into our decision.  One was the fact that we rarely used our upstairs space and in fact, did most of our daily living in just four or five rooms.  We realized that we had used our formal dining room just one time in all of last year. 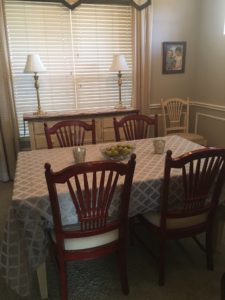 We were also tiring of all the yardwork that went with a big yard and a pool.  While I know I will miss having a “cement pond”, I won’t miss the constant upkeep and the trips to the pool store for supplies.  I’m looking forward to the lower water and electric bills that come with a pool-free home!

I think as we age, we begin looking at all the stuff we’ve accumulated and decide that it really isn’t all that important in the whole scheme of things.  I told my husband I was tired of hauling stuff from house to house because it had belonged to Uncle So and So, or my grandmother, or my mother had given it to me, or it might be valuable, or I might need it someday, or or or…  It was time to move all of these things to new homes and people who might actually use them and to simplify our lives.  Of course, I didn’t get rid of everything; I still kept the items I love and use such as my grandmother’s mason jars. 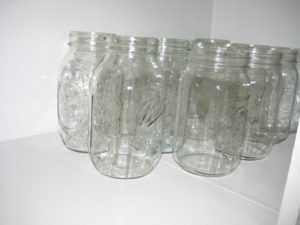 The only item I had trouble parting with was the piano that all my children had played for years.  It was so connected with my memories of their childhood and had become like a part of the family.

I offered it to each of my children and all of them declined for various reasons.  Then, the people who bought the piano through Craig’s List were so excited and happy when they saw it that letting it go was easier than I expected.  It warmed my heart to think of their two young daughters learning to play on it just as my own three children had done. 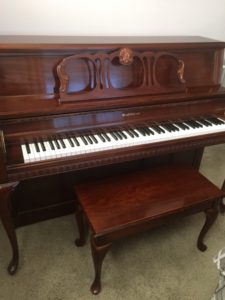 As empty nesters, it was fun to choose a new home that fits us and our needs without having to worry about space and comfort for anyone else.  By moving to a smaller home, we were able to zero in on the furniture and possessions that we both really like and use and to get rid of the items that neither of us wanted any longer.  It has been very liberating to simplify and not feel as bogged down with stuff.

And now that we are in a smaller space that requires less upkeep, we should have more time to spend on the fun activities we enjoy and to travel.  Since we have a new grandson, I am looking forward to more trips to see him. 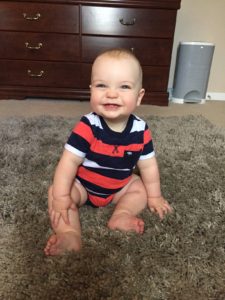 But first, I must find a place for that desk! 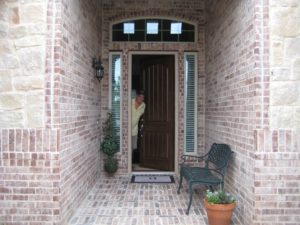 One thought on “Downsizing And Liking It”