If you read my blog regularly, you know that I’m a huge movie buff. Last night, my husband and I saw the new movie, “I Can Only Imagine.” It’s the personal story of Bart Millard, the lead singer of the Christian rock band, MercyMe. 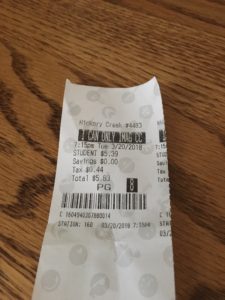 Bart’s song, “I Can Only Imagine” is the best-selling Christian single of all time and it crossed over onto the pop and country charts as well after its release in 2001.  If you’ve heard the song, and I bet you have, you know it’s a soaring ballad that begins with a haunting piano intro.

The song is powerful, and the incredible true-story that inspired it is both difficult and riveting to watch.  I cried during parts of the movie and I wanted to get as far away as possible from the screen during others.  This is a movie that will stay with me for awhile.  If you see it, take some tissues. 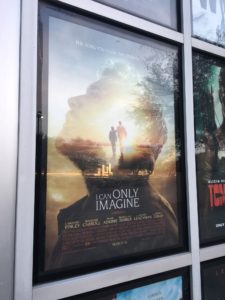 Bart wrote “I Can Only Imagine” after the death of his abusive father when he was struggling with his loss and the idea of what happens when one dies and stands before God in Heaven. In the days after his father’s death, he found himself writing the words, “I can only imagine” whenever he was thinking of his dad. One night in the early morning hours, he wrote the song in about ten minutes. 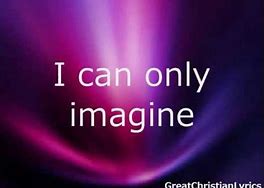 Creativity is a way for us to make sense and create meaning in our lives out of our ideas and experiences. Most of the things that are interesting, important and beautiful in life, are a result of someone’s creativity.

We are all a product of our pasts…our upbringing, our experiences, and the people we have known. It takes a special kind of person who can take their own big personal pain and spin it into the inspiration to create something really beautiful for others. 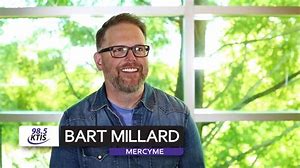 “I Can Only Imagine” is a powerful reminder of this creativity and of the transforming power of God’s grace.

Author’s note: Bart Millard grew up in Greenville, Texas.  He is still the lead singer of MercyMe and they now have ten albums. “I Can Only Imagine” was their first single from their first album.

2 thoughts on “Can You Imagine?”