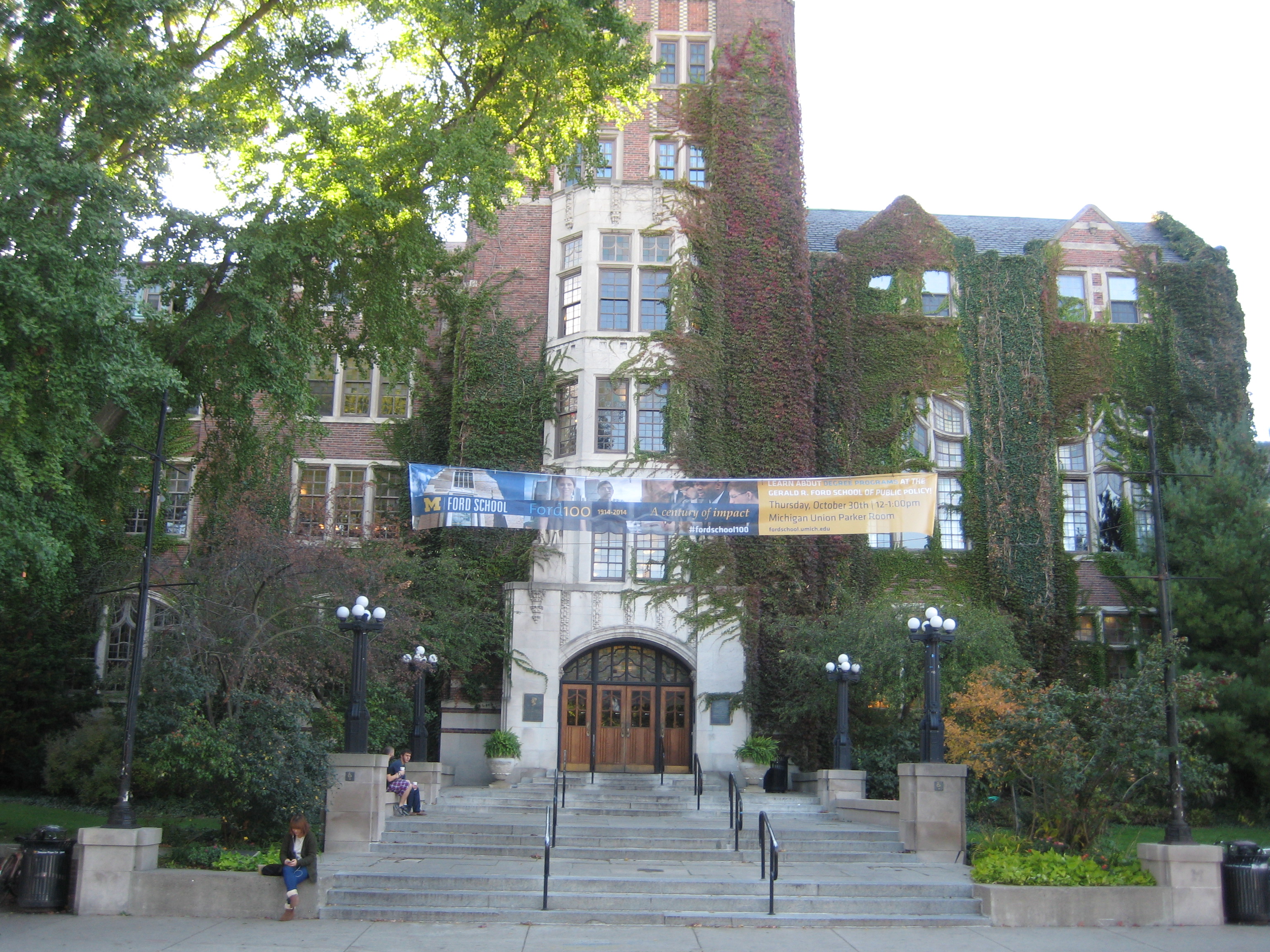 My son, Matthew, and his new wife, Alysse, met when they were freshmen at the University of Michigan in Ann Arbor.  Alysse was on Facebook trying to find someone else and friended Matt.  He asked who she was.  They decided to meet for ice cream.  She told her best friend she had met a really hot guy.  After that, they began dating.

Matt thought Alysse was both smart and beautiful.  She was great fun to be with and liked many of the same things he did…family, video games, sports, movies, music, Harry Potter, and holidays…especially Halloween. 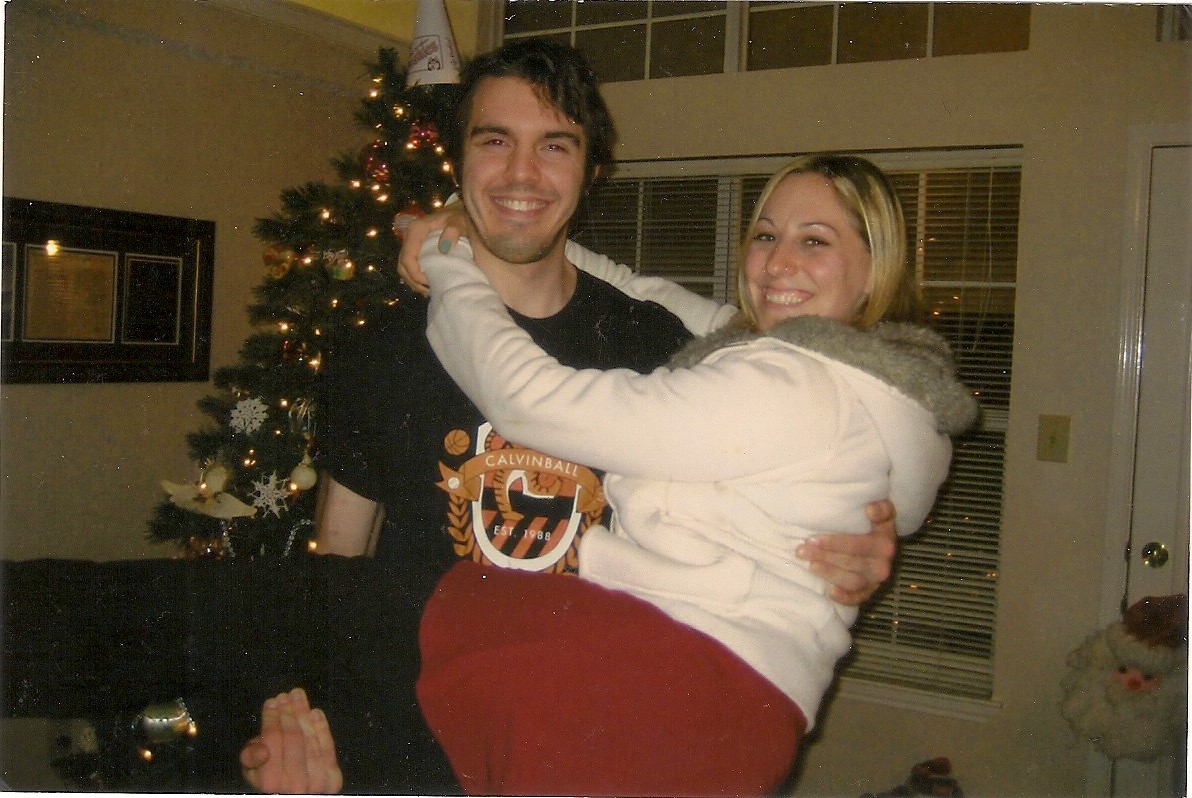 It wasn’t an easy or a straight road.  They were young and had maturing to do.  They were smart and ambitious and each had their own plans.  They both worked really hard to achieve the goals they had set for themselves.  They dated.  They broke up and dated others.  They came back together…they were drawn to one another.

They dated for 8 ½ years; engaged for the last four of them.  During the years they dated, there were two undergraduate degrees earned, one master’s degree achieved, a graduation from medical school, one rock opera written, a sorority joined, two pigs, a house, the divorce of one set of parents, the sudden death of an uncle, lots of travel, a hospital stay for Alysse, Matt was a member of two bands at the University of Michigan, and they had fun Halloween parties every October.

Matt and Alysse got married last weekend.  It was the second wedding in three months for one of my children.  2500 miles of driving there and back, but this time, we got to see the beautiful fall colors of the Midwest during the drive.  We also got to experience a wedding like none I’ve ever seen before. 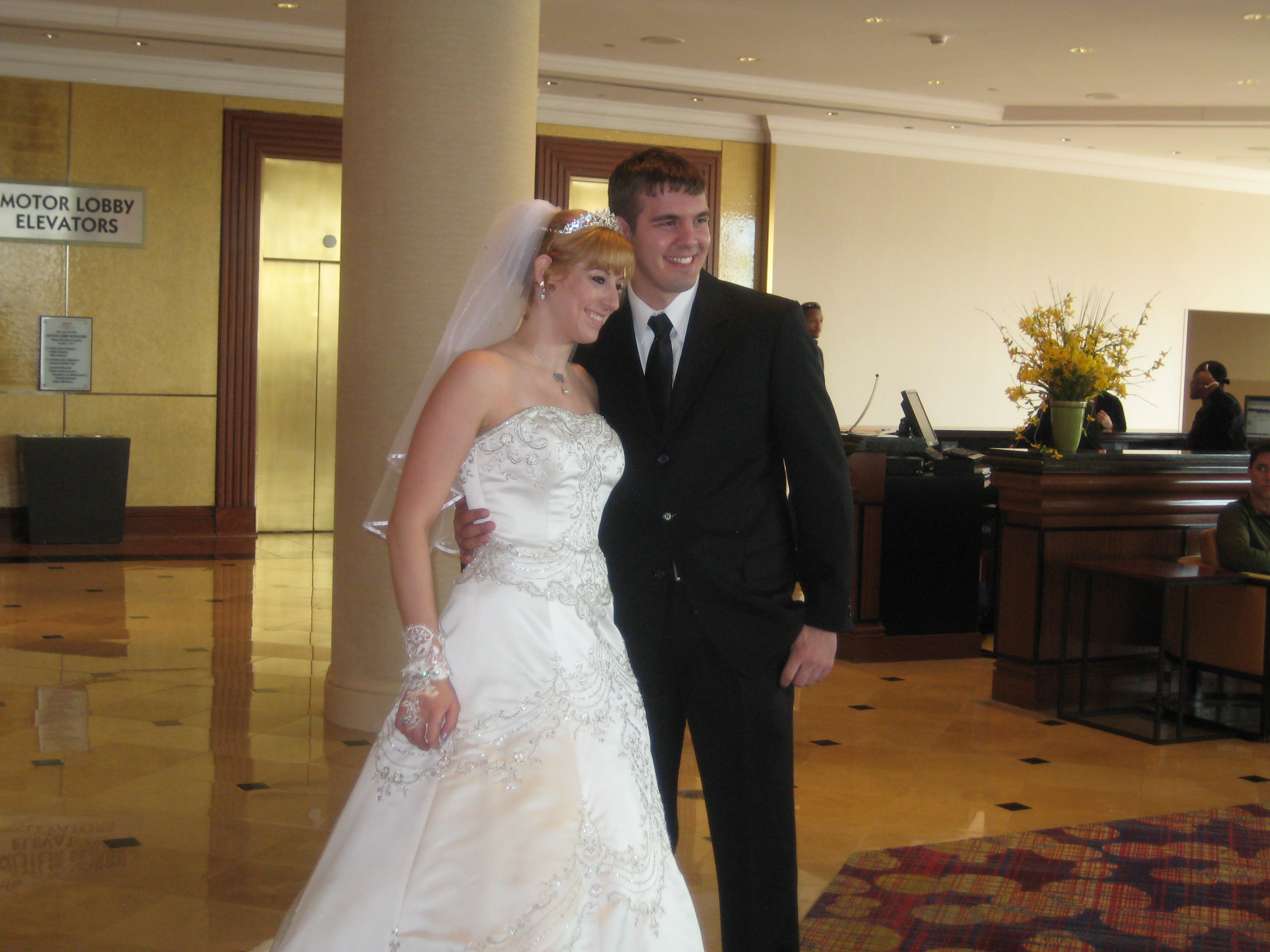 It was the wedding of two very special people who made their wedding day beautiful and fun and quirky and smart and memorable. It was the day they both wanted.  And their family and friends were there to love and support them…with almost everyone accepting the challenge on the wedding invitation to “come in costume if you dare.” 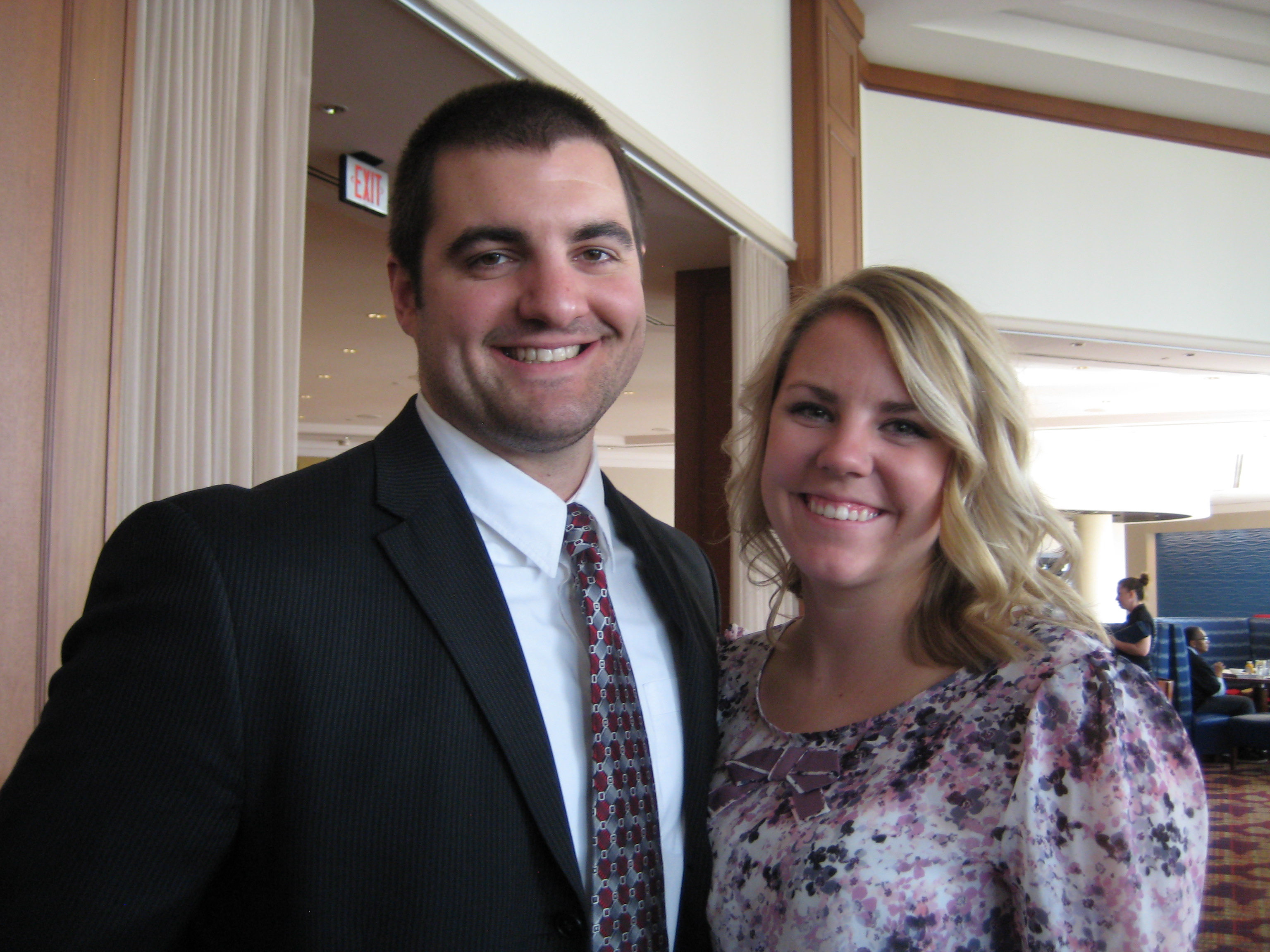 Just as Matt had done for his brother in July, Ryan was Matt’s best man.  Matt’s sister, Anna was a bridesmaid and sang “Love Me Tender” a cappella and beautifully.  Alysse’s brother, Alex, was one of Matt’s groomsmen.  Consistent with the nature of the event, there was a ring bear instead of a ring bearer, and the flower girl was a 20 something friend of the couple who came in a (fairy?) costume and joyfully tossed rose petals in the air as she fluttered down the aisle. 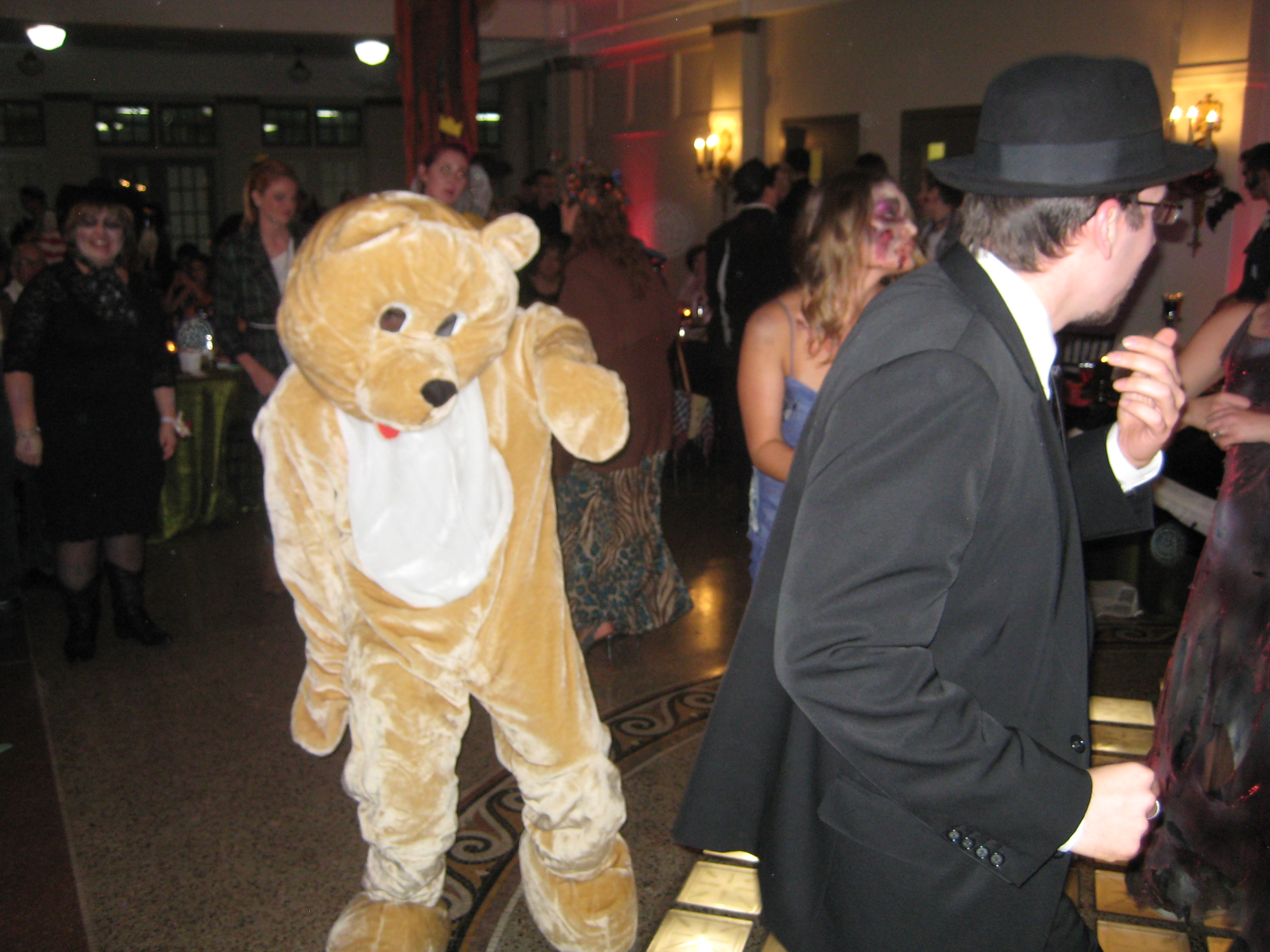 Alysse walked down the aisle on her father’s arm to “Domino” by Jessie J.  And Matt, handsome as ever in his dark suit, was ready to take the hand of his stunning bride in his.  They wrote their own vows to one another and at the end of the ceremony Matt broke a glass in honor of Alysse’s Jewish heritage on her father’s side.  I had to look this tradition up because I wasn’t familiar with it.  I found out that the breaking of the glass symbolizes the fragility of relationships, and is meant to remind us that the couple should enjoy every day together and treat their marriage and relationship with special care. 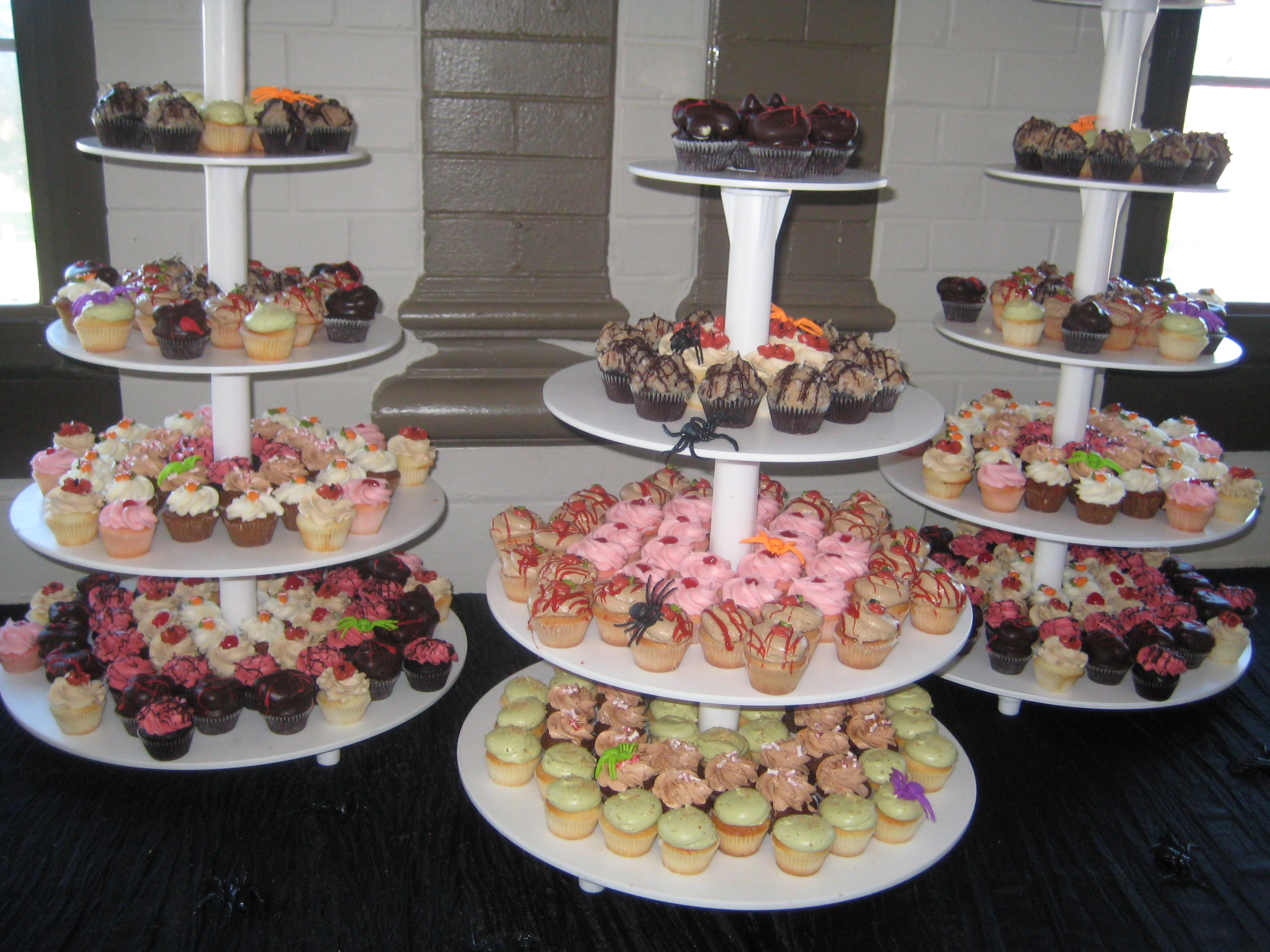 The wedding was held at Detroit’s Belle Isle…a beautiful 982 acre island park which sits in the Detroit River between the United States mainland and Canada.  It is connected to Detroit by the MacArthur Bridge. Besides the Belle Isle Casino where Matt and Alysse had their wedding and their reception, the island park is home to an aquarium, a conservatory, a nature zoo, the Detroit Boat Club, a museum, the James Scott Memorial Fountain and numerous monuments, a Coast Guard station, a golf course and a half mile long swimming beach.  It was an incredible setting for such a fun event! 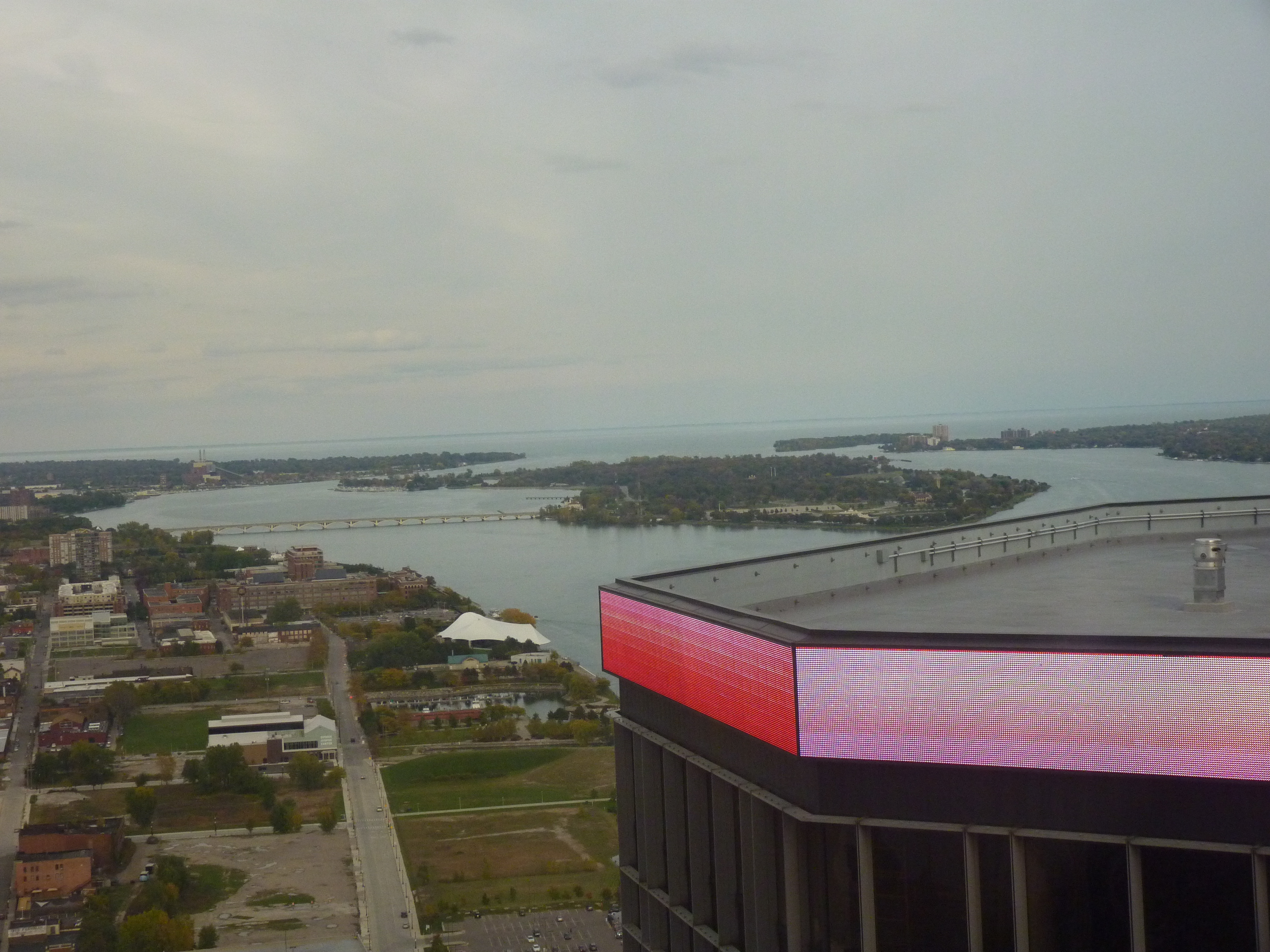 There was an hour between the wedding and the reception.  That gave the parents (and one grandparent) the time to change into costumes.  My husband and I became a zombie cowboy and cowgirl.  Being from Texas, we thought that was appropriate. 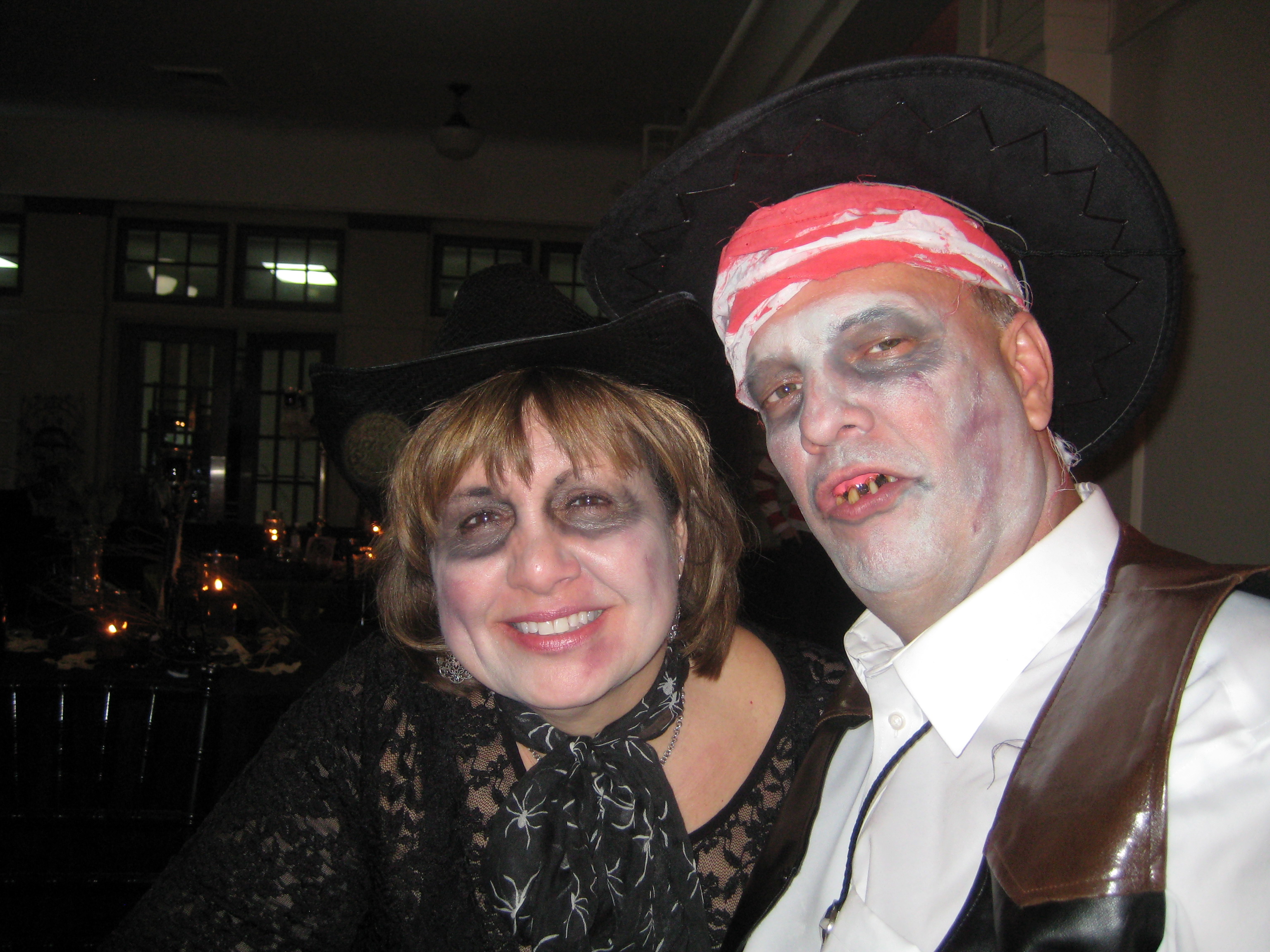 When all the guests were seated at their tables for the reception, the bridal party was announced.  During the break, a professional makeup artist had transformed them all into zombies.  When the zombie bride and groom came in, they danced their first dance together, and then the whole wedding party did the Michael Jackson Thriller Dance.  I don’t remember the last time I laughed so much! 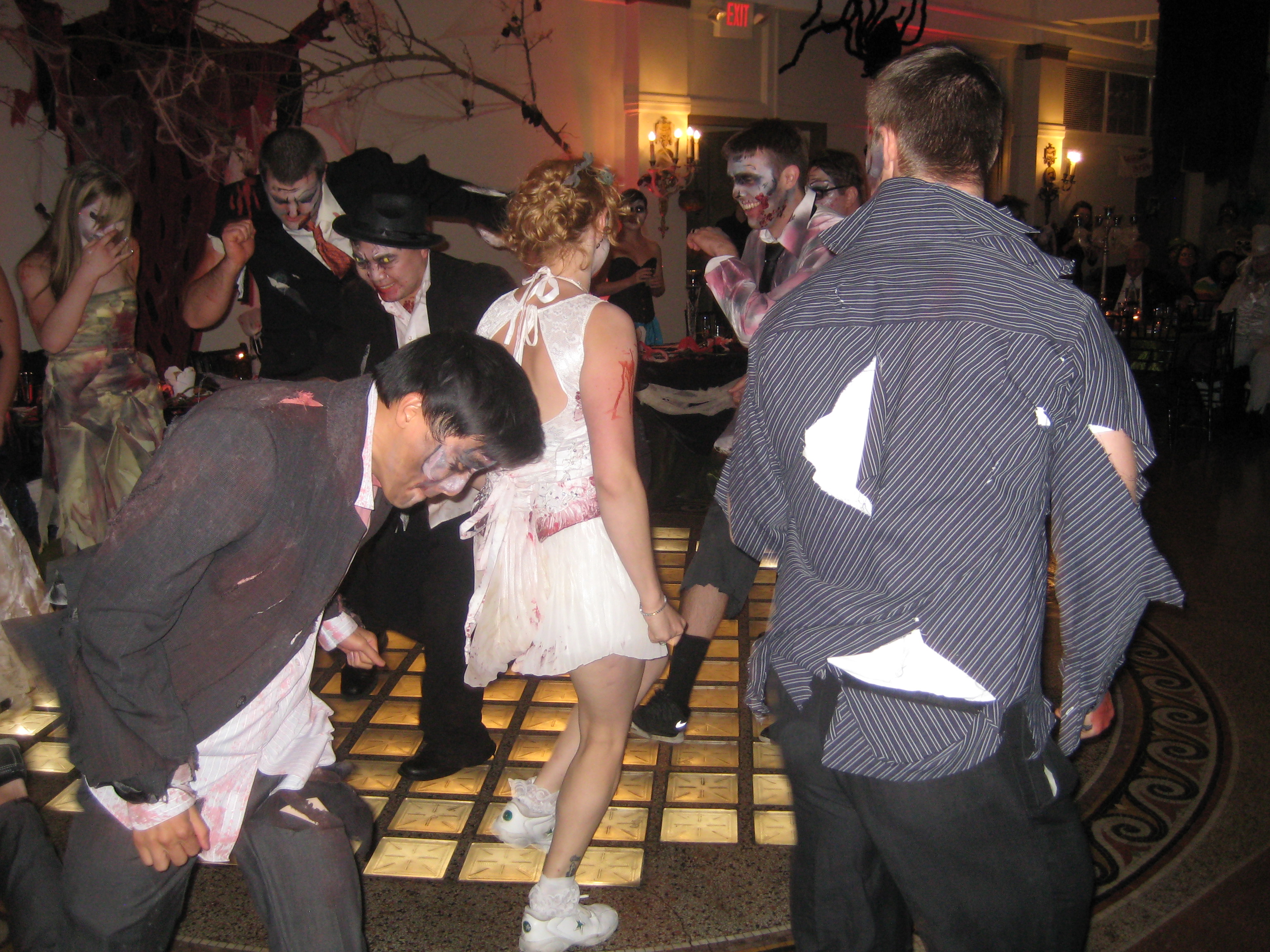 The venue was decorated in classic Halloween style and I even recognized a few decorations I had given the couple from my own collection.  They had seven buckets of candy around the room for trick-or-treating stations, and a photo booth where guests could have their pictures taken with zombie cardboard cutouts of the bride and groom.  Each picture taken had two copies made…one for the newlywed’s wedding scrapbook, and one for the guest to take home as a souvenir.  There was a psychic on one end of the room who did readings for guests all evening.  She told me I have nine grandchildren in my future.  All I can say to that is, somebody better get busy! 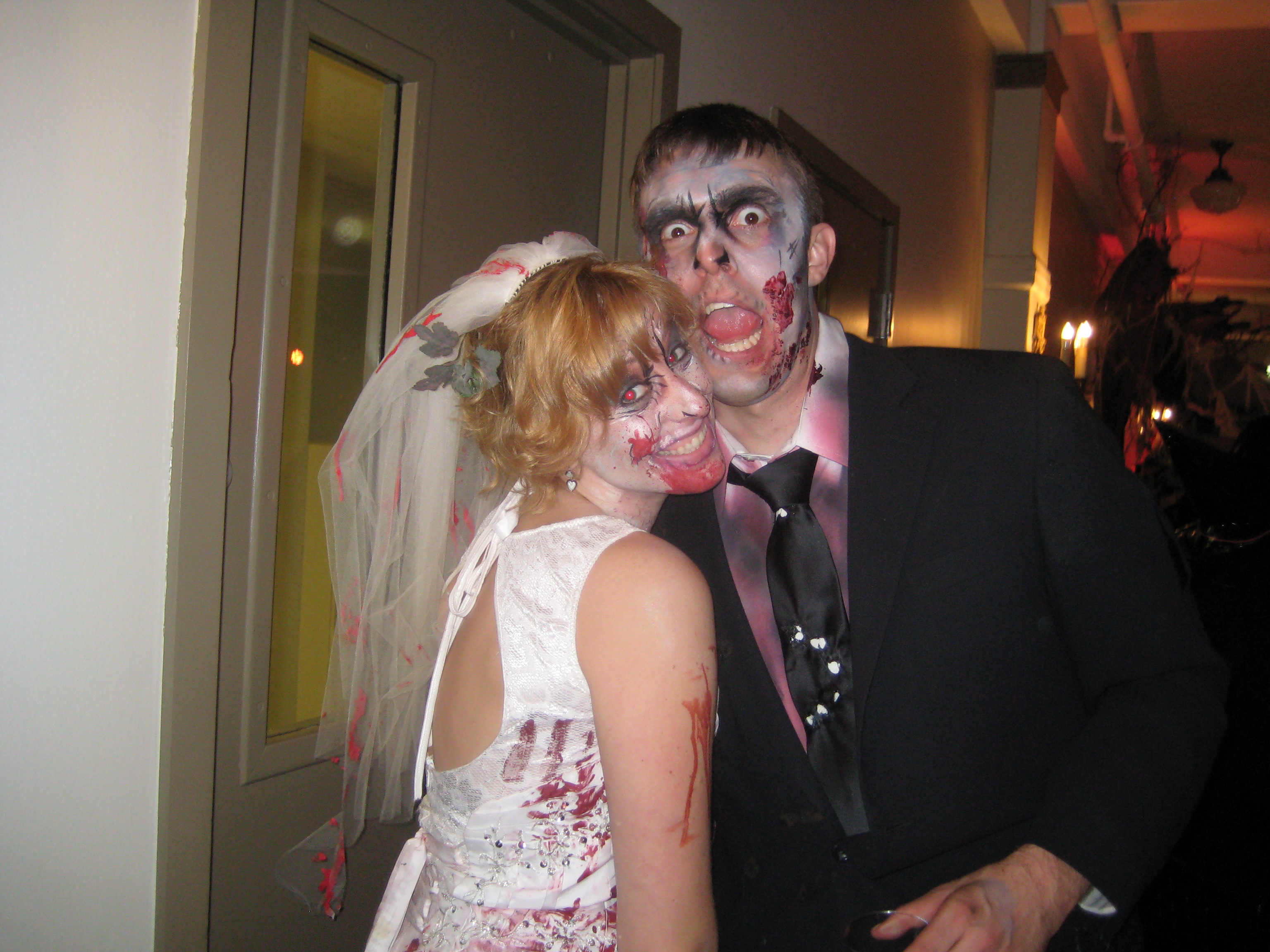 It was a day and a night to remember and here are the snapshots of things I will keep:

*The moment in the afternoon when Alysse came down to the hotel lobby in her wedding gown so Matt could see her for the first time. 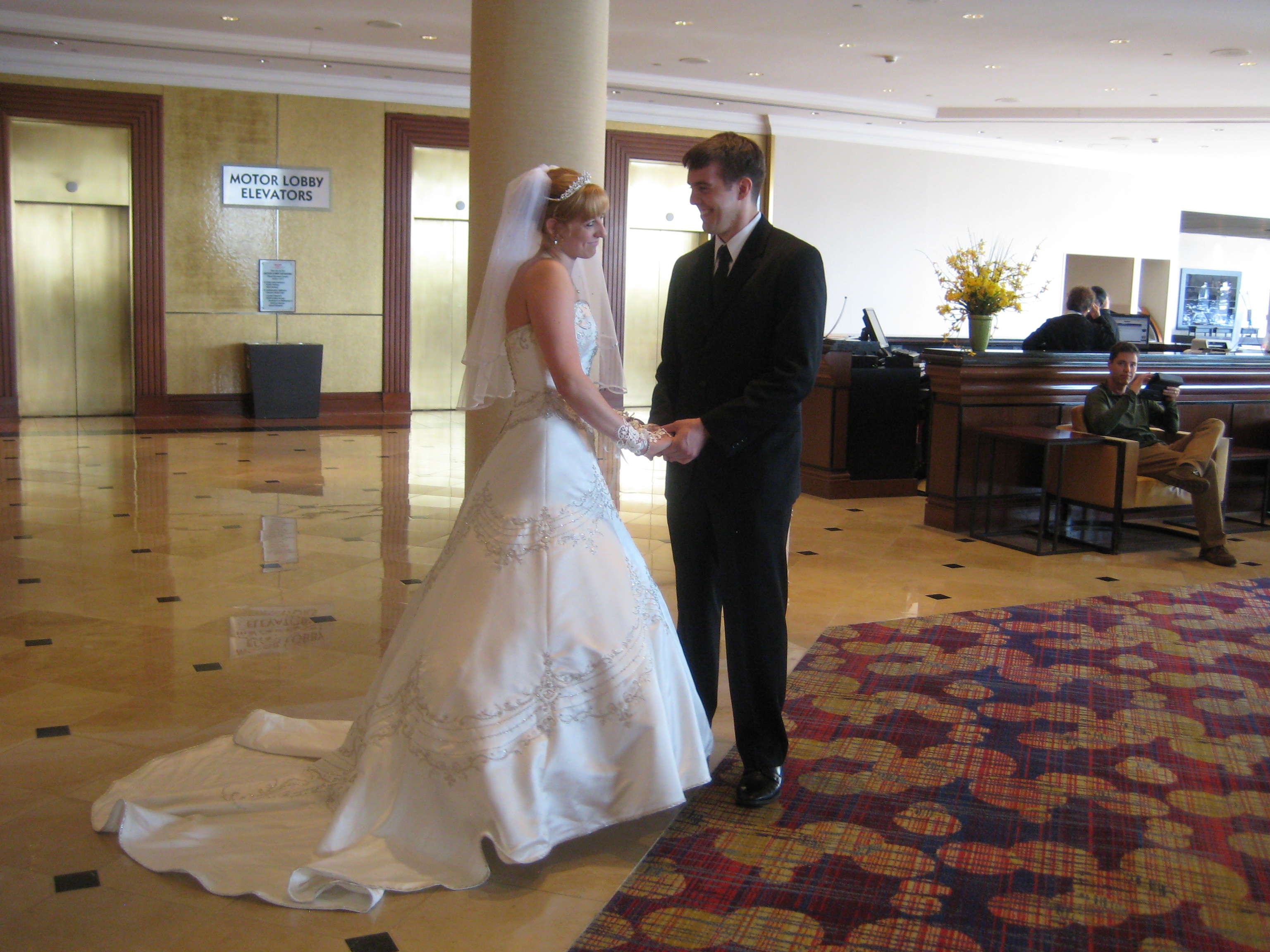 *The beautiful Belle Isle venue and all the fun wedding decorations.

*Alysse’s parents, Suzy and Lonny, and their family telling me how much they loved Matt.

*The bride and the groom speaking the vows they had written to one another.

*Matt’s sister, Anna singing for the brother and sister-in-law she loves so much. 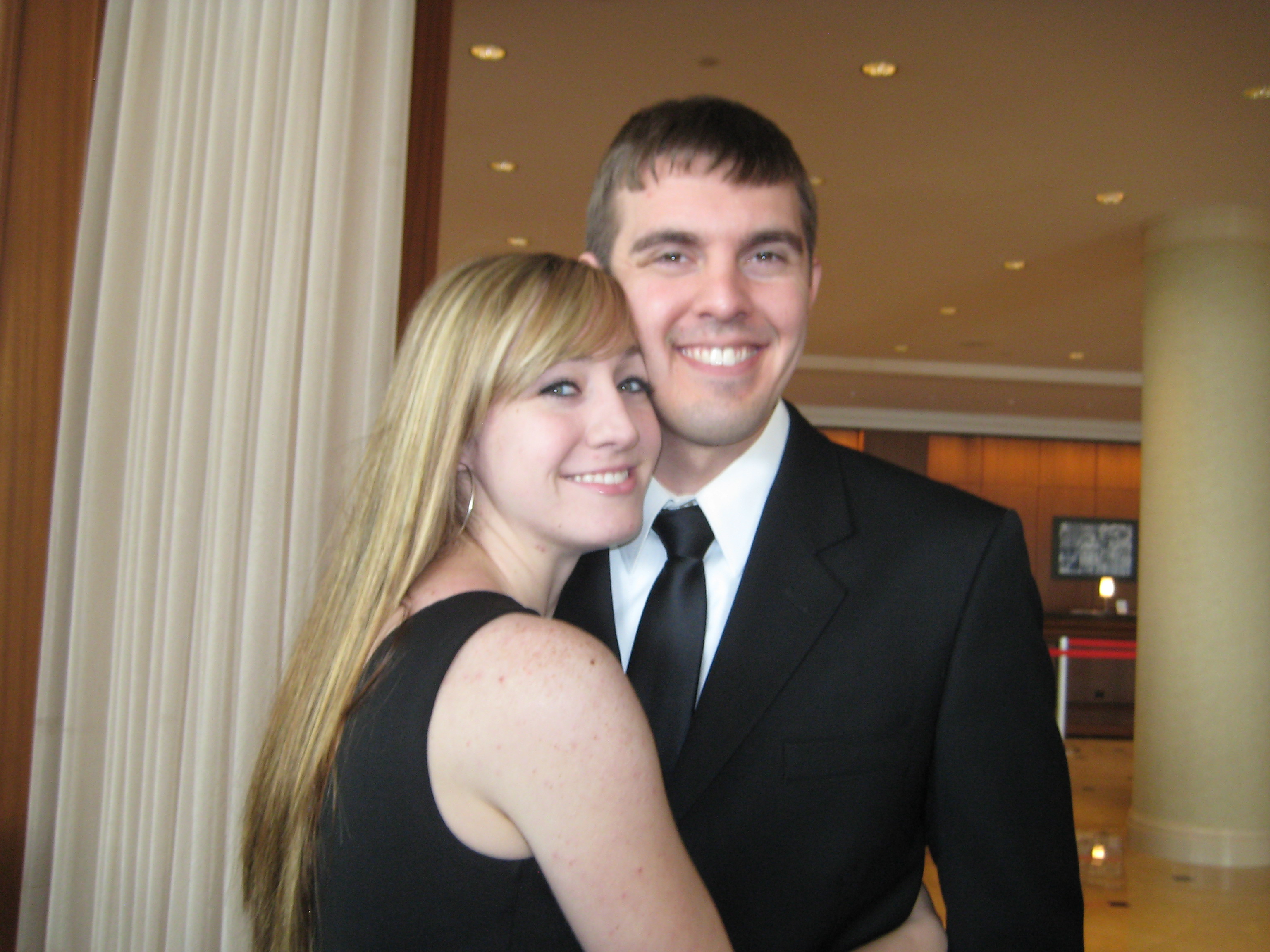 *Ryan’s words when he toasted the newlyweds and said his brother, Matt had always been his best friend. 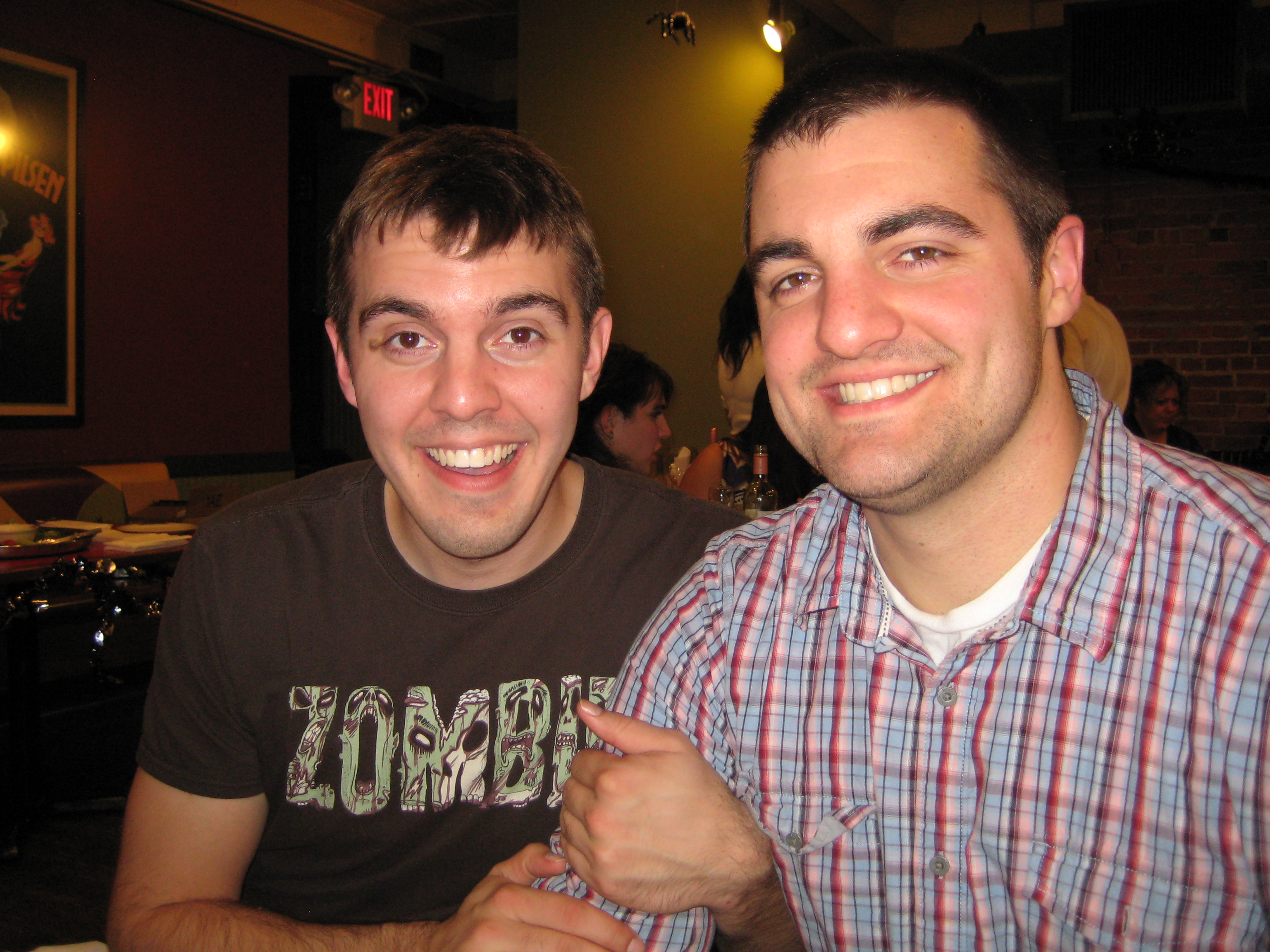 *Alysse’s father calling Alysse his “pride and joy” and speaking of his and his wife, Suzy’s love for her and for Matt.

*Sitting next to Alysse’s mom, Suzy, at the reception and talking quietly together while we watched all the fun going on around us.

*Dancing with my zombie son while my zombie daughter-in-law danced with her father at the reception and seeing the happiness on both of their faces. 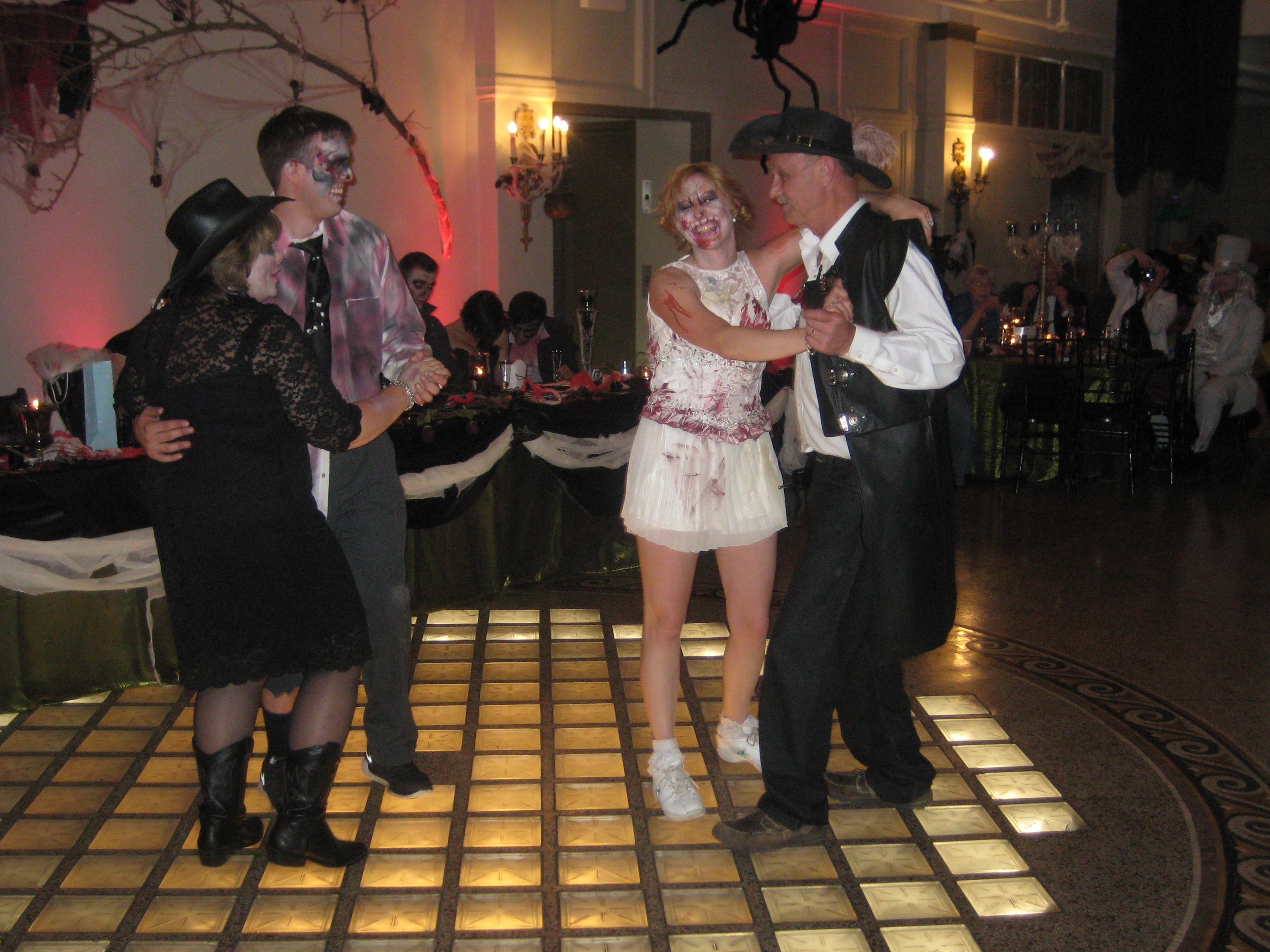 *The music and the dancing at the reception…the joyful dancing of young and old, friends and family, in costume, who all came together to celebrate the union of two people they care about and making the day exactly what they had hoped it would be. 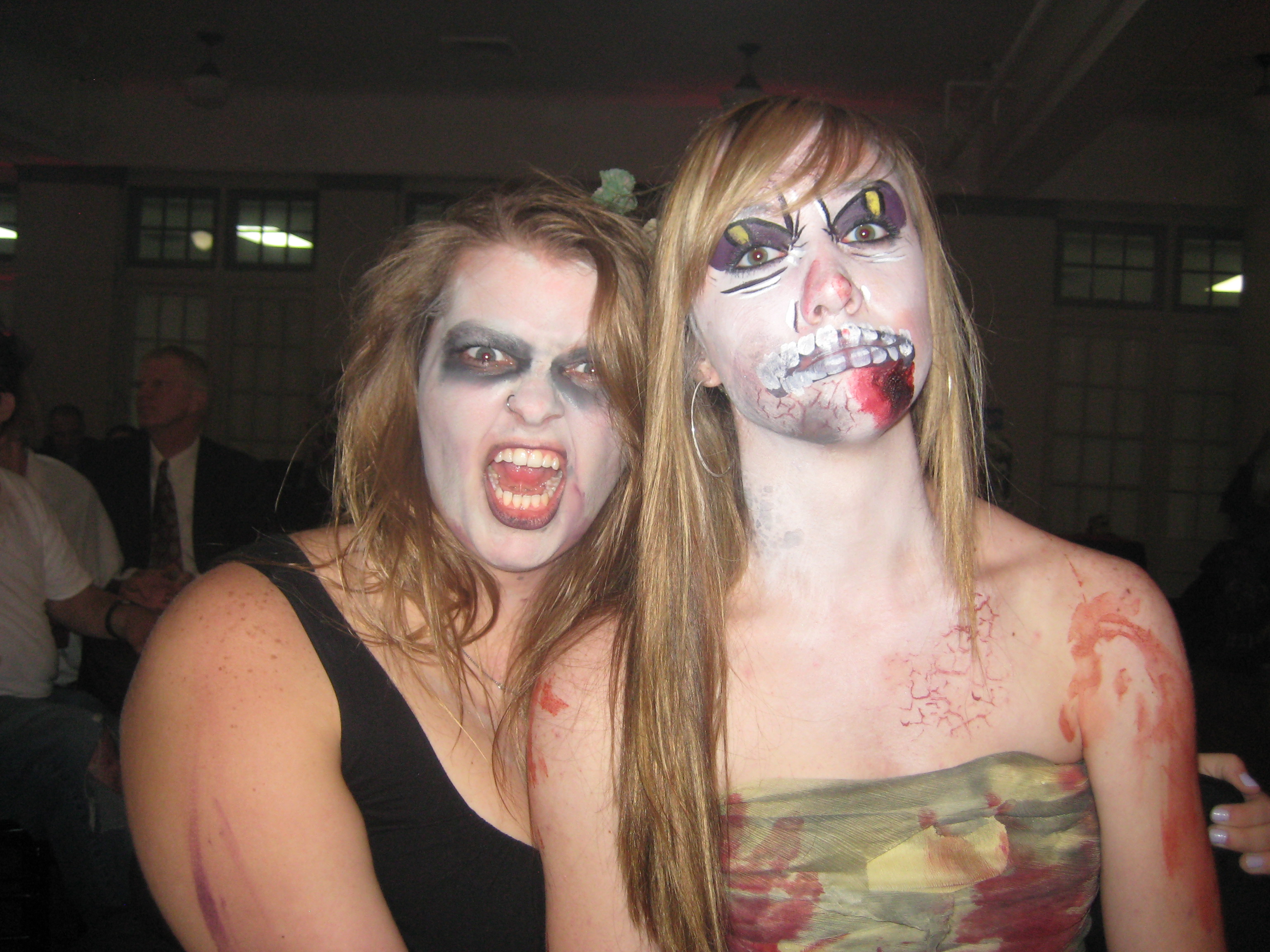 *Five of us missing the last shuttle bus and being rescued by the psychic, Laura, who was kind enough to drive us all to the hotel before she headed home.

And finally, I will remember Alysse’s words to me the night before the wedding… “Matt is my perfect complement and everything I’ve ever wanted and I can’t imagine my life without him.  I am so excited to officially be a part of the family, although you have already made me feel like it for years.” 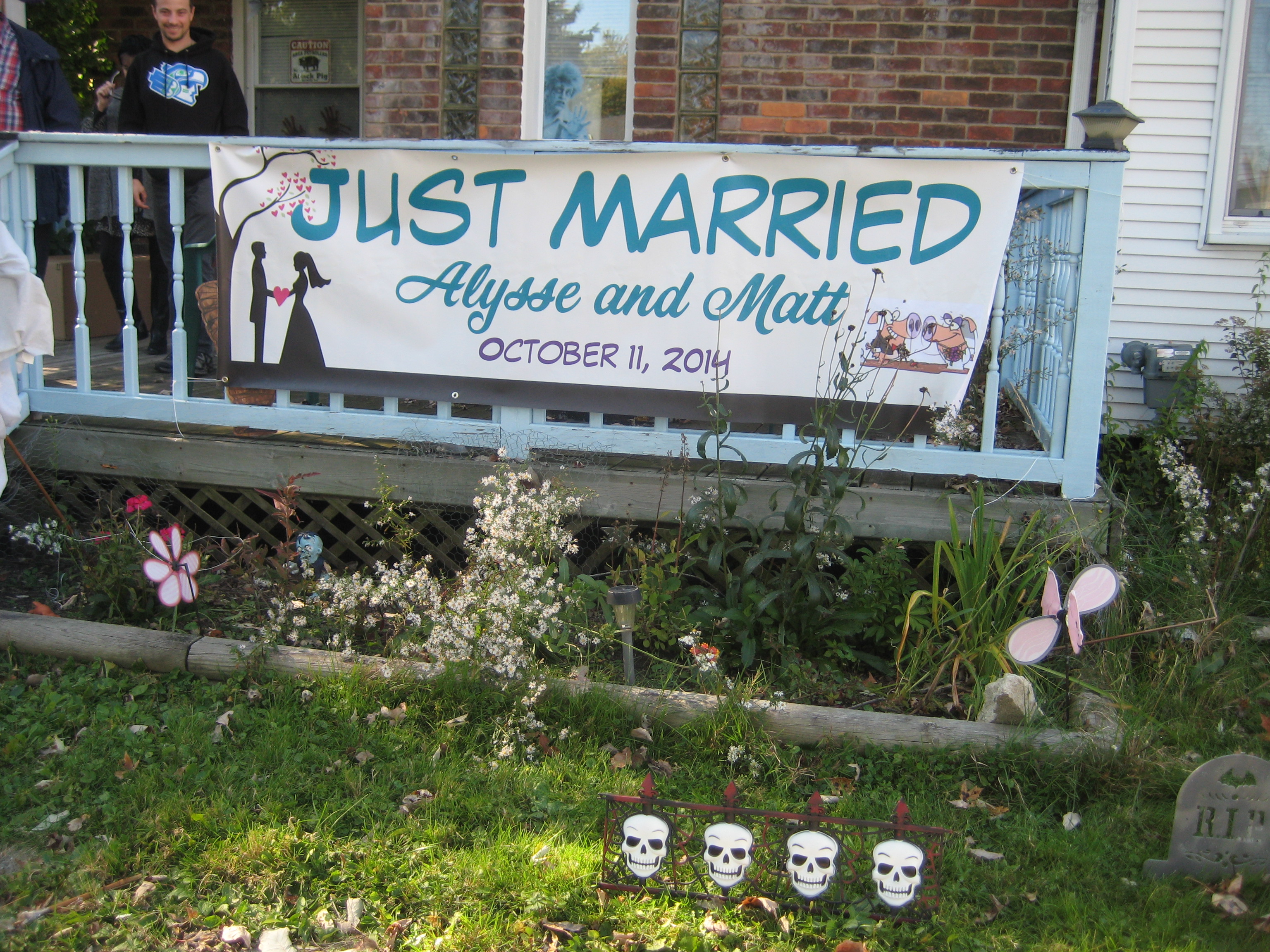 Author’s note:  I think I hit the daughter-in-law jackpot in July and again in October.  I’m one lucky mom! 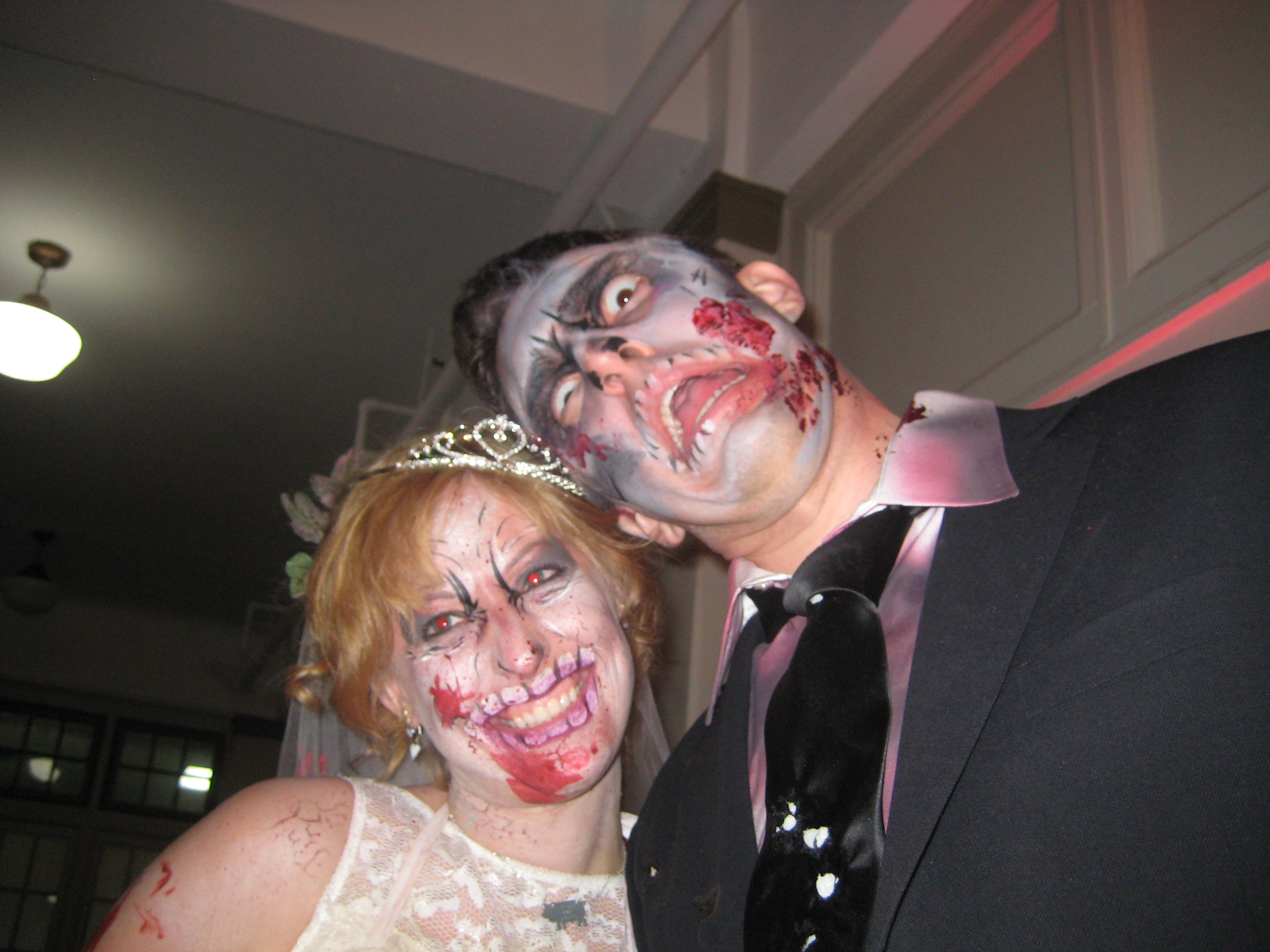