Our country just celebrated its birthday and in less than a month, I will celebrate mine.  We all have one, and usually we celebrate the anniversary of our birth with a birthday cake and (hopefully) some presents and happy wishes from those who love and care for us. 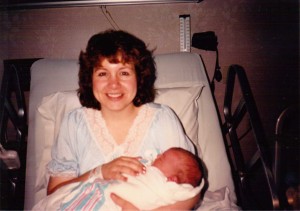 In the United States, public birth records show that birthdays are fairly evenly distributed thoughout the year with the most common birthdays being October 5th and 6th.  The most births in our country occur in the months of September and October.  The reason for this may well be that nine months before were the longest and coldest days of the year, and the Christmas, Hanukah and New Year’s Holidays…the season of lots of snuggling.

The tradition of the birthday cake goes back as early as ancient Greece and classical Roman times when flat rounds or cakes were sometimes served on birthdays.  These cakes were actually a version of the bread of the day but sweetened with honey.  In the 15th century, bakeries in Germany began selling one layer cakes for their customer’s birthdays.  During the 17th century, the birthday cake began to take on its more contemporary form, but was still mainly available only to the wealthy.  I for one am happy to live in a time when everyone can have birthday cake (and ice cream) on their big day! 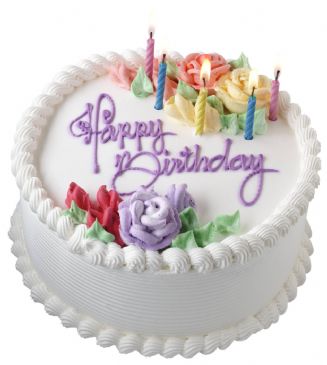 Lighting candles on the birthday cake also goes back to the early Greeks who put candles on the cakes to make them glow since early cakes were always round like the full moon.  It was thought that the smoke from the blown out birthday candles would carry wishes and prayers to God.  In modern times, it is believed that blowing out all the candles on a birthday cake in one breath will make your silent wish come true.  If you don’t blow them all out, the number of candles left burning on your cake tells how many years it will be until you get your wish! 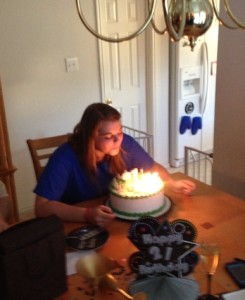 In earlier times, there was an interesting custom on one’s first birthday.  A piece of bread, a Bible, and a coin were placed in front of the baby.  What he or she reached for first indicated whether he or she would be healthy, wealthy or wise.

Some people like to celebrate their half birthdays, especially if their birthday falls on or near a major holiday such as Christmas and gets lost in the other celebration.  One of my sons has a January 6th birthday and is a good candidate for a half birthday celebration.

The “Happy Birthday” song melody came from a song written in 1893 by sisters Patty and Mildred Hill called “Good Morning to All” but it did not appear in print as a birthday song until 1912.  According to the Guinness Book of World Records, “Happy Birthday to You” is the most recognized song in the English language and has been translated into at least 18 other languages.

United States citizens who are 70 and older and a veteran, or anyone 80 and older, can get a birthday card from the White House that is signed by the president.  Requests must be mailed six weeks in advance to:

Include the name and address of the birthday person, the exact date of their birthday, their age, and the name and daytime phone number of the person making the request.

And on the subject of birthdays, a dear friend of mine had her 60th (diamond) birthday this week.  You know who you are.  Happy Birthday! 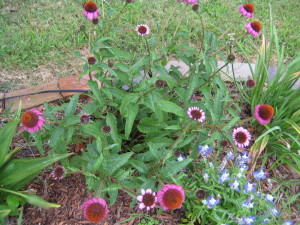