And when my life is over

Remember when we were together

We were alone and I was singing this song for you”

Two weeks ago on American Idol (yes, I am still a fan) one of the contestants auditioned by singing “A Song For You”.  KellyeAnn Rodgers is a 24 year-old voice teacher and singer from Memphis, Tennessee.  She made it through to the Hollywood round and she does have a nice voice, but her version cannot even compare with the one inside my head.

I was a teenager in the 1970’s.  The Carpenters were all over the radio then.  Their album “The Singles 1969 – 1973” is still on the top 100 bestselling albums list put out by the Recording Industry Association of America.  Good music stands the test of time.

The Carpenters record “A Song For You” was the first vinyl album I bought for myself.  I was 12 years-old and I bought it at G.L. Perry’s Variety Store in Elkhart, Indiana with money I had earned babysitting for $1.00 an hour. 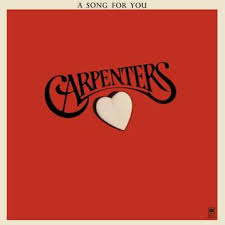 They were a brother/sister singing duo from Downey, California.  Richard Carpenter was four years older and played piano and sang backup to Karen’s soaring vocals.  Karen was originally their drummer while also singing lead, but her vocal talent eventually demanded that she be front and center at the microphone.

Their first hit was “Ticket to Ride” in 1969, followed by “Close to You” and “We’ve Only Just Begun”.  Their biggest hits were “Please Mr. Postman” a remake of the Motown hit by The Marvelettes, and “Yesterday Once More”.  I still have my 45 rpm (revolutions per minute for you young folks) record of “Yesterday Once More” which is my favorite song by the Carpenters.  I must have taken it to a party because my name is written on the record in red ink. 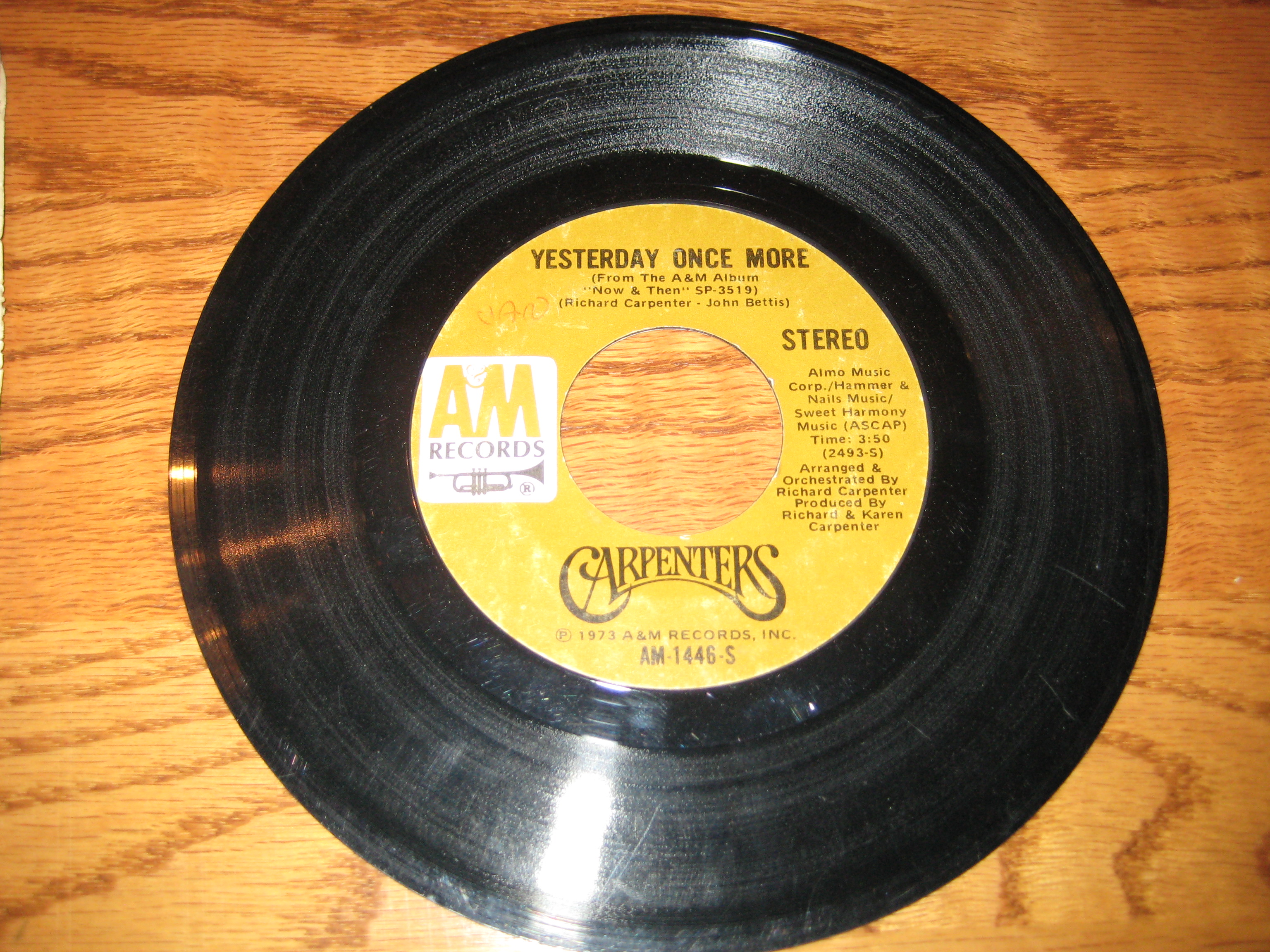 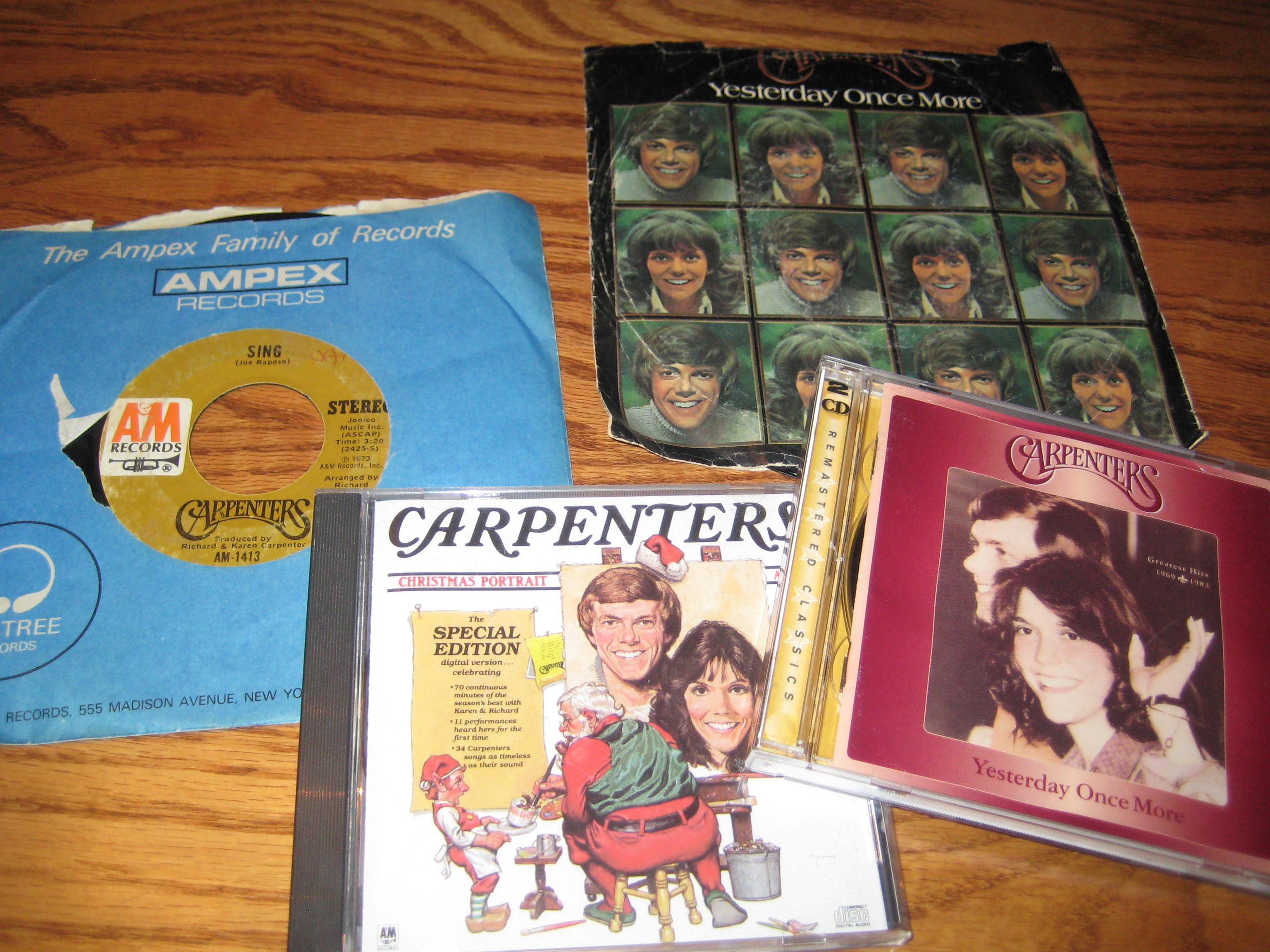 32 years ago today, February 4, 1983, Karen Carpenter died.  She was just 32 years old.  I was a senior in college, and half a semester from graduation.  I had just gotten back from class when I heard the news.  The Carpenters music was being played all over the radio and news reporters were blaming her death on complications of a “dieter’s disease” called Anorexia Nervosa.  I found my well used copy of “A Song For You” and played the scratchy, 11 year-old album and simply listened. 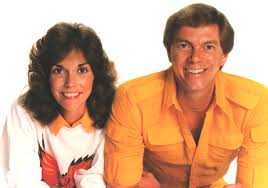 Karen Carpenter’s voice stopped me in my tracks the very first time I heard it…and I confess it still does today.  It takes me back to my youth and it makes me think of my best friend, also named Karen.  I can’t listen to the Carpenters sing without thinking of her and our friendship and all the fun we had together when we were growing up.  Isn’t it funny how certain music can transform us to another place and time?

Author’s note:  Eight months after Karen’s death in 1983, the Carpenters received a star on the Hollywood Walk of Fame.  Richard is 68 years old now and has a wife and five children.  He still lives in California. 4 thoughts on “A Song For You”