We had a birthday at our house this week.  The birthday girl requested a cake recipe of her grandmother’s and I was delighted to comply.  I know you’re wondering…it’s an angel food cake with the top sliced off, a moat carved out on the inside, and filled with a mixture of strawberry Jell-O, Cool Whip and cut up fresh strawberries. 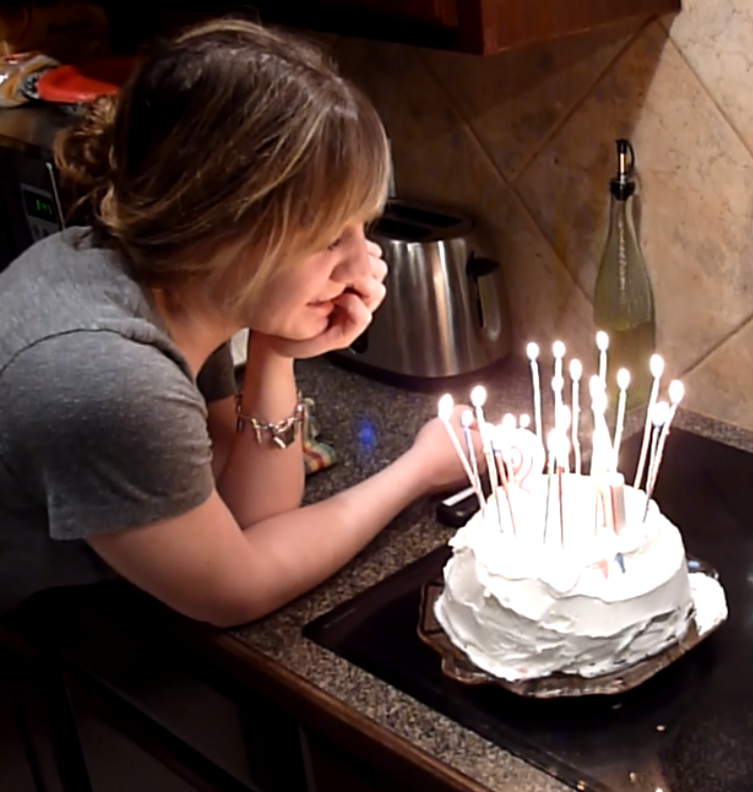 Once the cake is put back together, it is iced with the rest of the Cool Whip.  The finished product is served cold and resembles a large snowball, which seemed rather appropriate with the blizzard hitting the east coast of our country right now.

When I was ready to do the cake “surgery”, the cake plate came down from its place in the top of a kitchen cabinet.  For some reason, I don’t seem to make cakes much unless someone has a birthday.

My cake plate is made of pink Depression Glass and was given to me by my mother.  It has air bubbles in it and I always look for them whenever I use it.  I believe it came from my father’s side of the family originally. 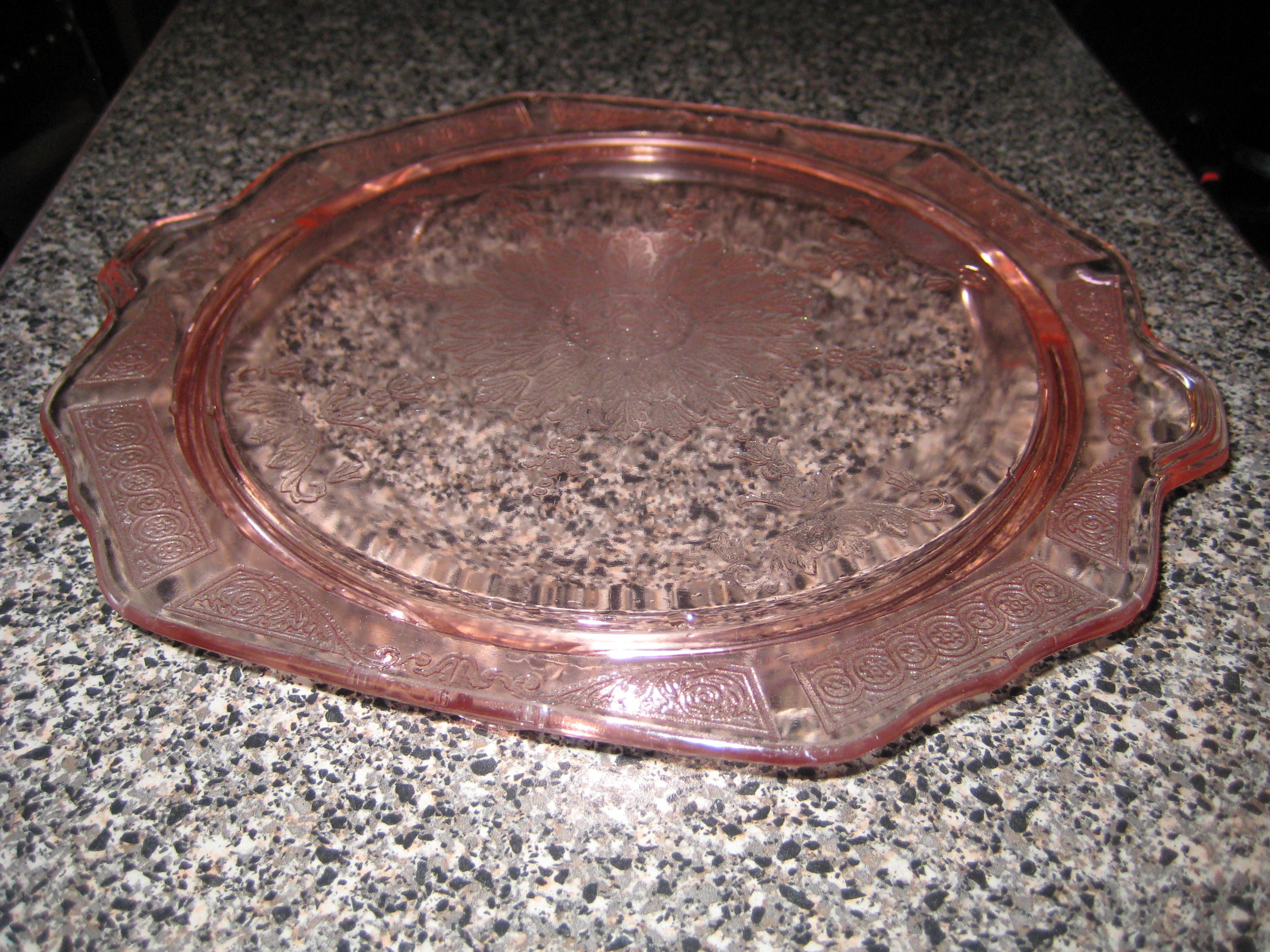 After I had my own home, my mother passed other colorful, Depression Glass pieces to me.  Most of my Depression Glass is pink, but my favorite piece is a green bowl with three feet which always had apples in it when I was growing up. 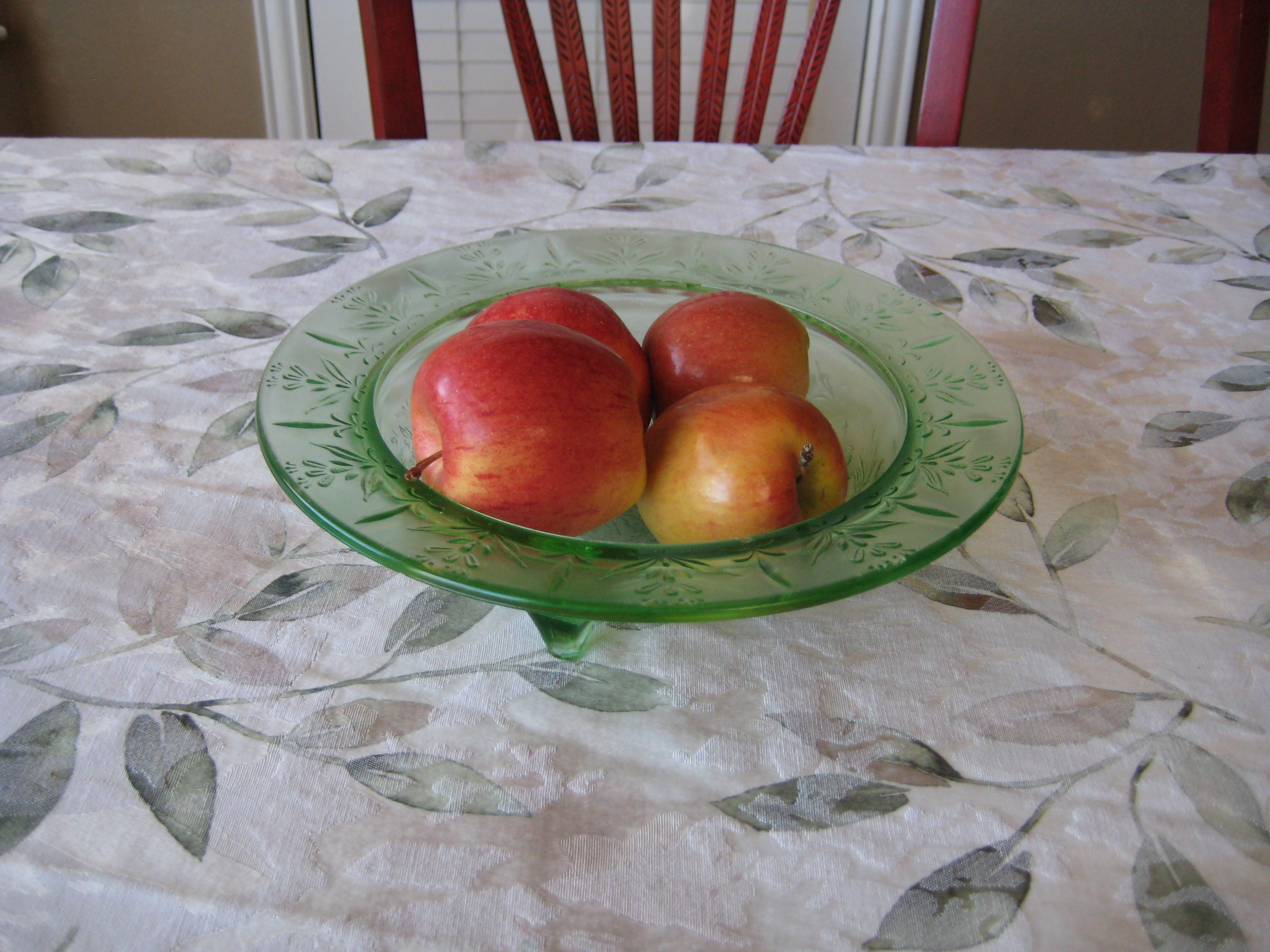 Our American Great Depression lasted from 1929 to 1939 and was our country’s longest-lasting economic downturn.  It began shortly after the stock market crash in October of 1929, which wiped out millions of investors.  Consumer spending and investment dropped and unemployment rates skyrocketed as failing companies laid off their employees or went out of business.  By 1933, 14 million Americans were out of work and many of our country’s banks had failed.  Our economy did not fully recover until the beginning of World War II in 1941.

I don’t know details about my family’s history during the Great Depression, but I know my paternal great-grandmother, who had a very green thumb, sold flowers from her yard on Jackson Street in Elkhart, Indiana during those difficult years. 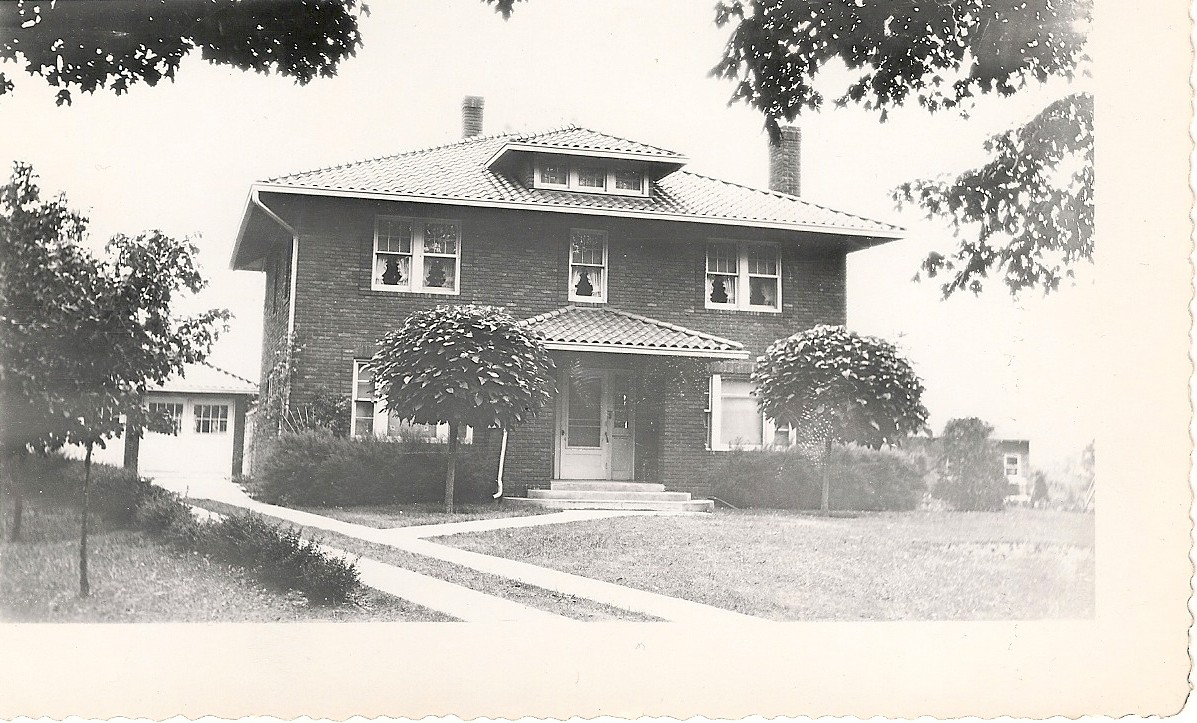 Starting in the mid-1920’s and extending through the end of World War II, American glass companies were producing the first machine made glassware.   Called “Depression Glass”, it was mass-produced and distributed nationally in a wide variety of colors to brighten the lives of American consumers during the grim economic times of the Great Depression. 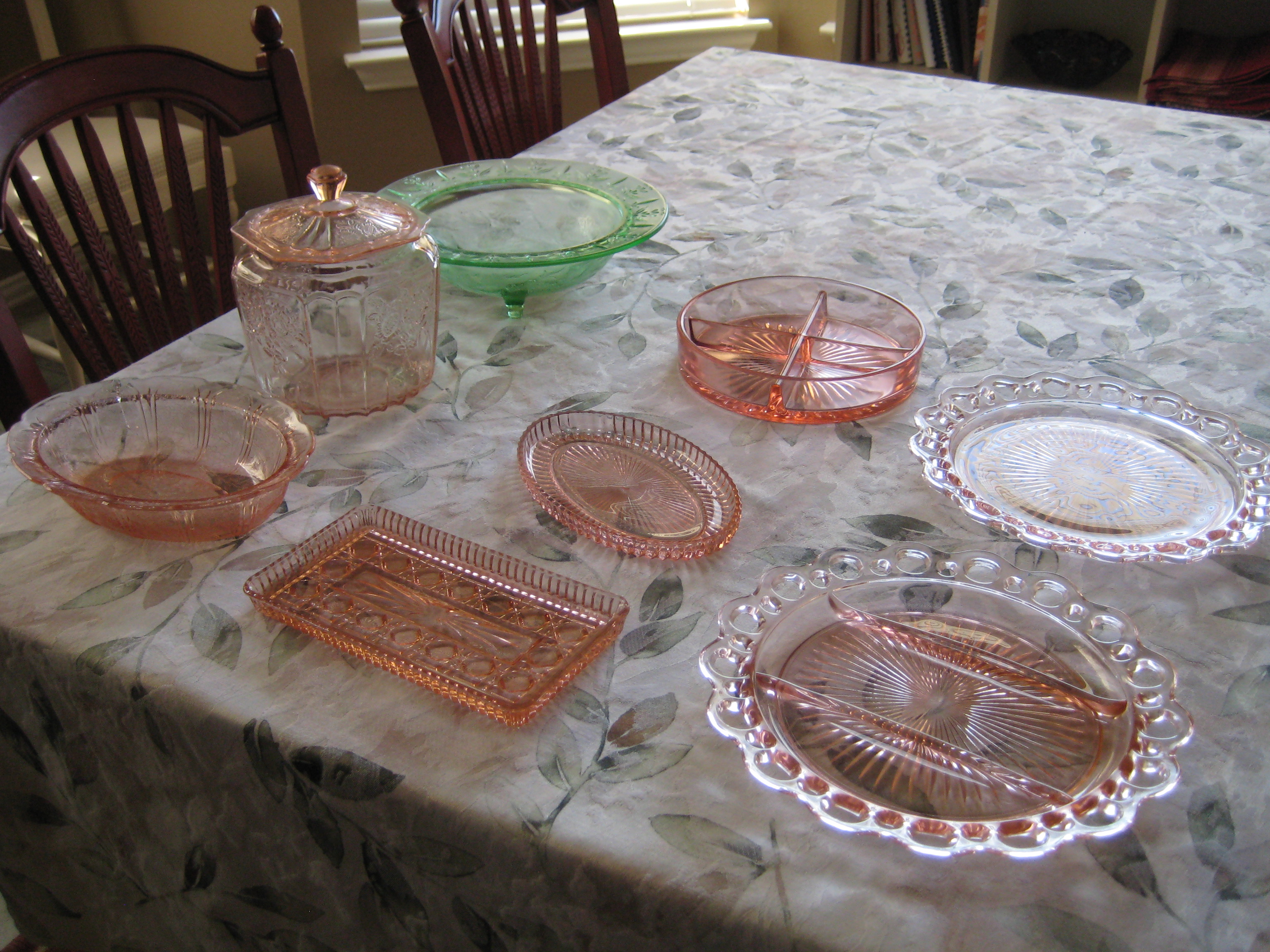 The main colors for this mostly transparent glassware were Amber, Yellow, Pink, Green, Blue and Clear, although there were also more rare pieces made in red, black, amethyst, milky white, opaque green and opaque blue.

Most of the glassware was manufactured in the Midwest where raw materials were less expensive during the beginning of the twentieth century.  Seven main companies…Indiana Glass, Hocking Glass, Federal Glass, U.S. Glass, Jeanette Glass, MacBeth Evans Glass and Hazel-Atlas Glass…made 92 different patterns of Depression Glass.  There were other companies who manufactured Depression Glass but the seven listed previously made the majority of it.

Depression glass was of marginal quality with air bubbles and straw marks and seams left from the molds.  It was inexpensive to buy with pieces costing five or ten cents each.

Companies such as Quaker Oats would put a piece of Depression Glass in their boxes of cereal as a promotion to get people to buy their products.  Depression Glass could also be found in bags of flour and sugar, and in boxes of laundry soap (called washing powder back in the day).  Gas stations would give away a free piece of glassware with a fill up, and movie theaters also gave away Depression Glass with the purchase of movie tickets. 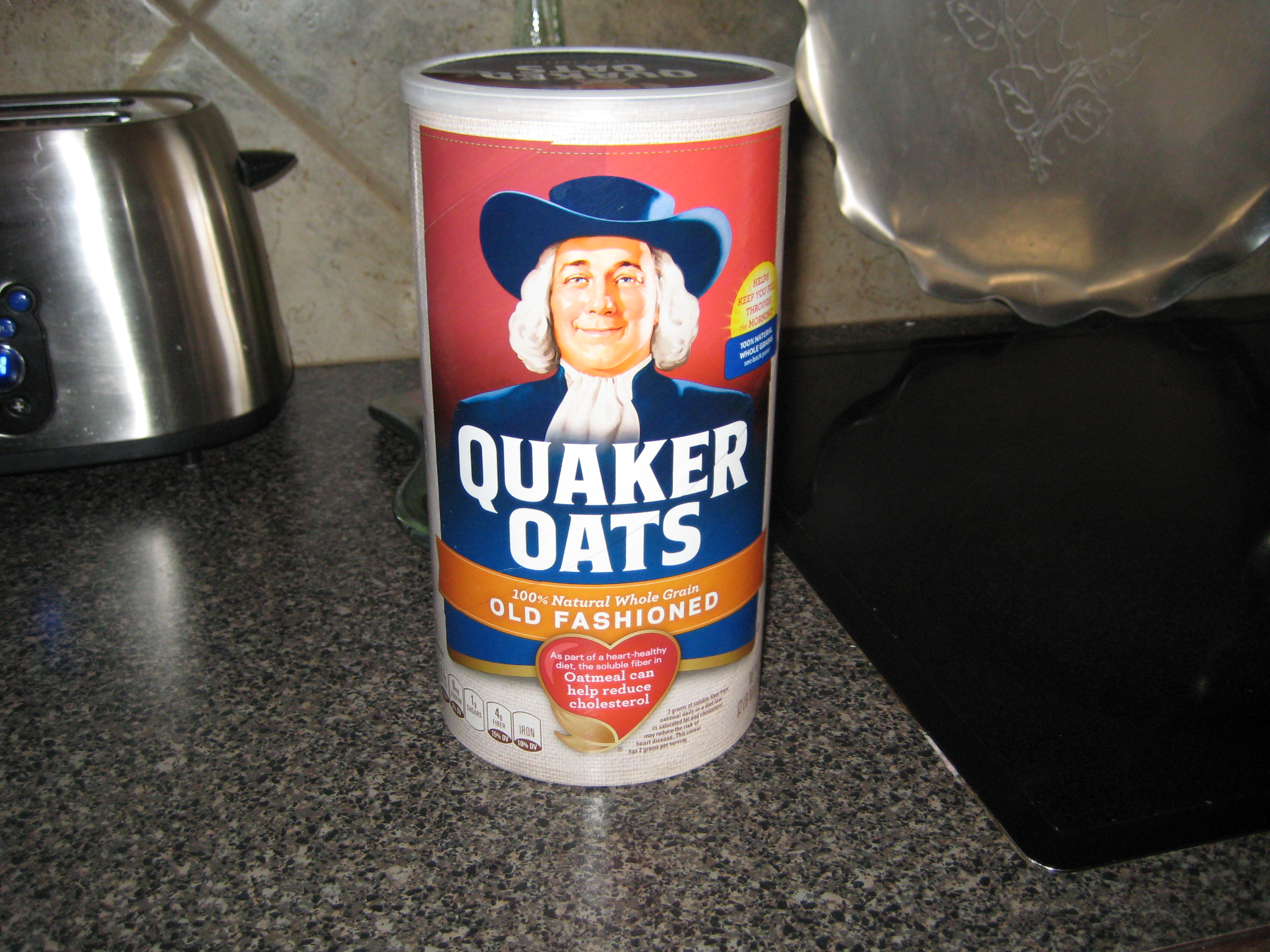 According to the National Depression Glass Association website, one American glass manufacturer “was saved from bankruptcy during the Great Depression when it received an order from Quaker Oats for five railroad cars of glass.”

Depression Glass has been highly collectible since the 1960’s with pink, green and blue being the most sought after colors.  There are many pieces for sale now on Ebay with some of the rare ones selling for several hundred dollars each.

Sometimes when I use my Depression Glass, I wonder about the history of each piece.  Did one of my relatives pull it from a box of Quaker Oatmeal, or get it while filling their car with gas?  I have no idea, but this almost 100 year-old colorful glass has always been a part of my life and I love using it! 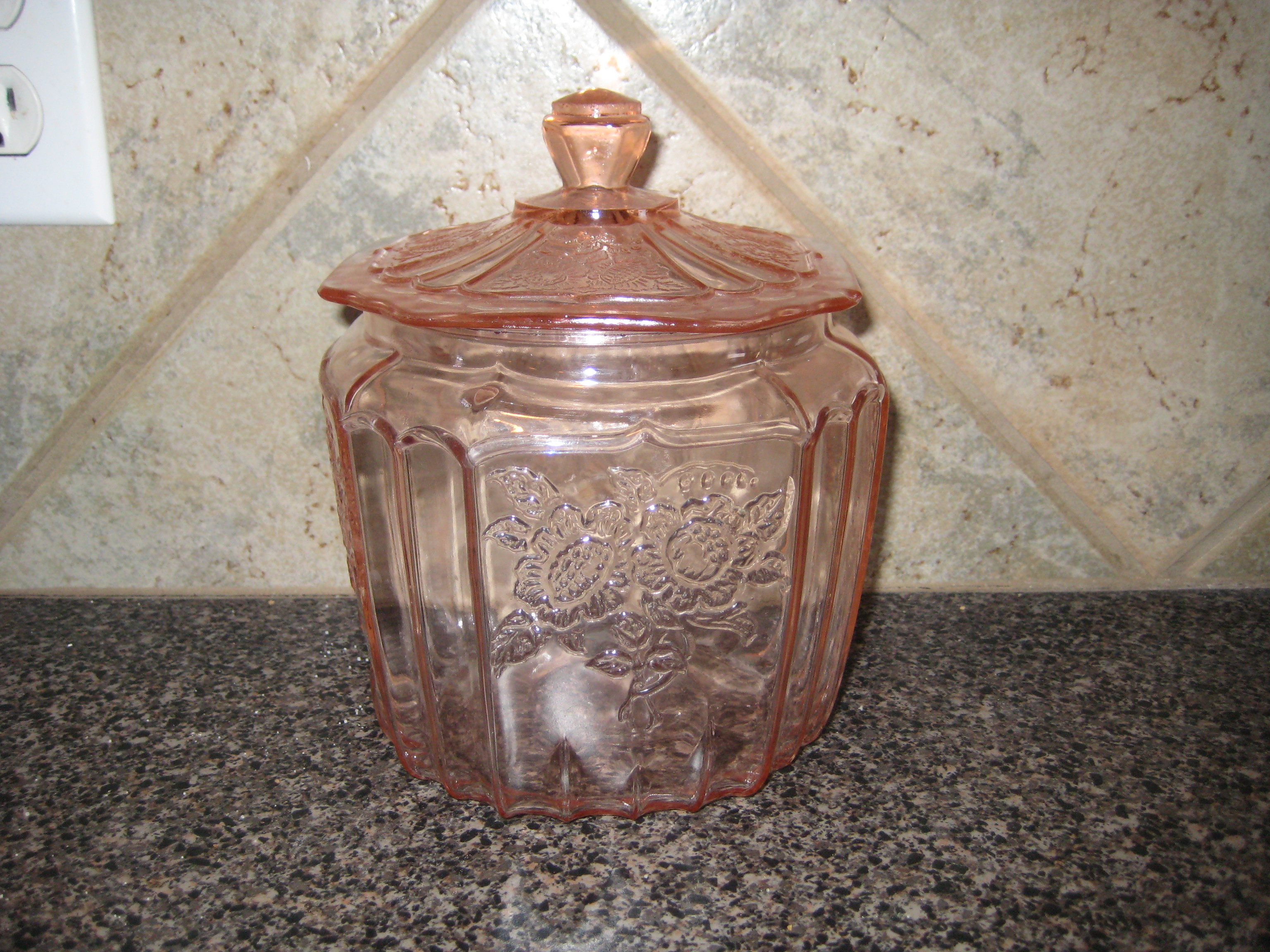 4 thoughts on “A Rose Colored View Of Depression Glass”