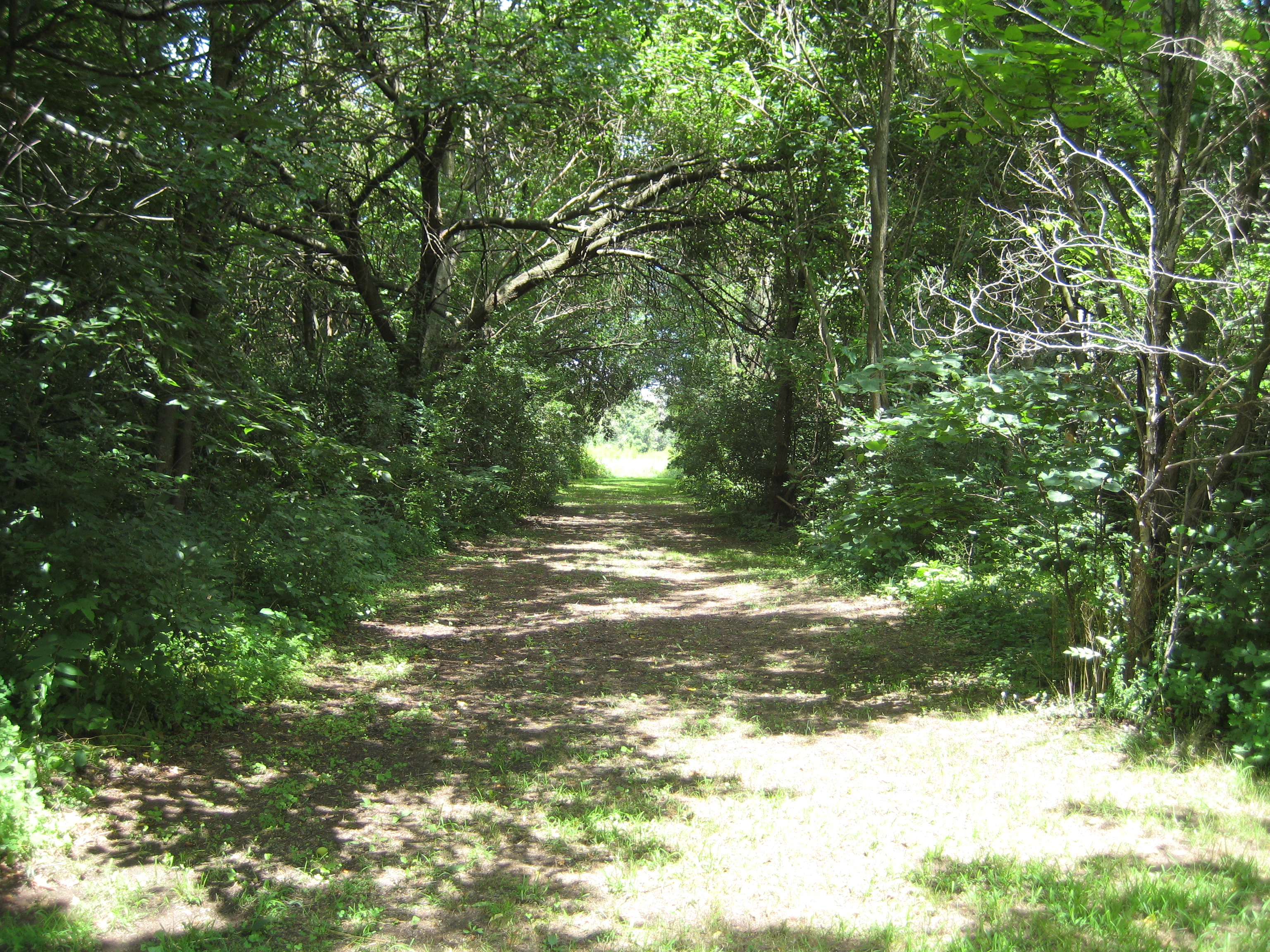 Thank you to all who have “walked down the lane” with me during the past two years.  It has been my honor and privilege to share my words and experiences with you.

I’m going to take an indefinite break from writing this blog so that I might spend my time on some other writing projects.  I hope to pick back up with the lane in the fall.

A printed red bandana ribbon runs along the bottom of the pages of my second book (Which Came First?).  It adds a splash of color and it’s also a nod to the popularity and usefulness of bandanas over the course of history.

Bandanas are large, usually colorful, squares of cotton fabric that evolved from the tradition of using handkerchiefs.  They are often used by girls and women as a fashion accessory to keep their hair back.  They also have many utilitarian functions and are worn around the necks and faces of cowboys, firemen, hunters, athletes, dancers, gardeners, farmers, bikers and soldiers to keep dust and sweat and smells away. 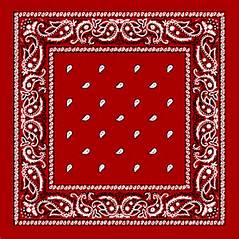 The girl in my book wears a bandana and ends up using it as part of the solution to the dilemma she finds herself in.  The idea of using the bandana in the story came from my own life.  When I was a girl, I loved bandanas and would wear a red or blue paisley bandana all the time…as a belt, around my hair, around my neck, and even around my arm or leg as a bracelet.

The summer before I left for college, my mother sewed a red bandana quilt for me that I used on the bed in my freshman dorm.  The underside was made of soft red flannel and it was a small slice of comfort during my first experience living away from home.  I had it up until one of my children took it to college with them.  I hope it still exists and someone somewhere is enjoying it today. 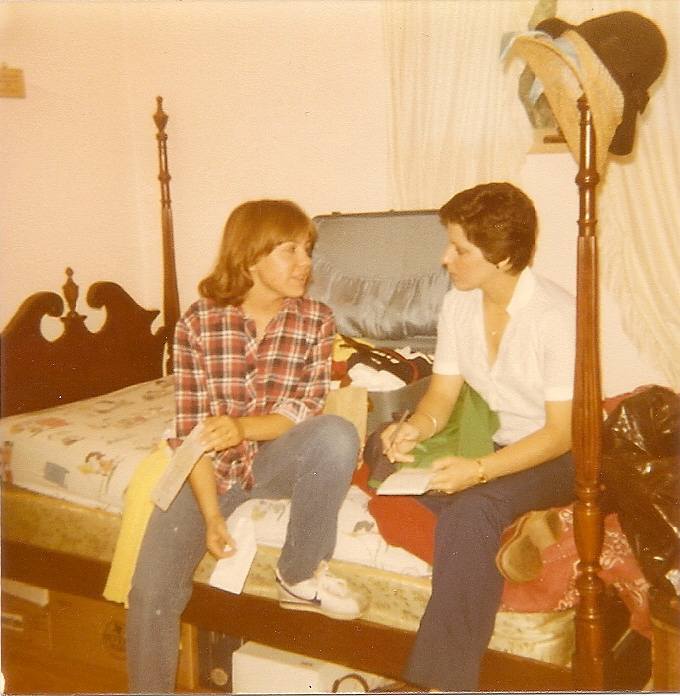 The red bandana quilt is barely visible in one corner.

When my kids were growing up, I would buy them bandanas too.  I especially remember buying my boys Ninja Turtle bandanas when they were small and loved everything that smacked of Leonardo, Donatello, Michelangelo, and Raphael.

One year, one of my sons had a “pirate” birthday party and I was able to find Jolly Rodger bandanas for all the party goers to wear with their plastic eye patches and fake earrings and scars.  Toy swords from the dollar store were added to the mix and then I had a house full of excited little pirates running around yelling “Argh” and “Shiver me timbers!” and challenging one another to plastic swordfights!

Bandanas first came to the Americas with pirates who were in the Caribbean to plunder gold-filled Spanish ships.  Later on, British colonists brought the tradition of bandana wearing to America.  Americans wore bandanas on their heads and around their necks, and gave them as gifts or in trade to the Native Americans.

Bandanas were an extremely visible and versatile item of clothing and had many uses.  They were used as head scarves, neck scarves, baby bibs, hot pads, handkerchiefs, as masks, for first aid, and to protect one’s nose and mouth from dust and smells in the days of horseback riding and stagecoaches.

In the late 1700’s, bandanas or “little banners” as they were called then, were used to promote political figures and issues of the time.  America’s very first souvenir bandana had a picture of George Washington on it.

Souvenir bandanas became very popular in the United States during the 19th and 20th Centuries and were used to commemorate important events and people in history.  Both the 1876 Centennial and the 1915 Panama-Pacific Exposition, which celebrated the opening of the Panama Canal, had bandanas printed in honor of the events as did many of the World’s Fairs.

Politicians had campaign bandanas printed to use for publicity.  Sports teams handed out bandanas with their logos to fans on game days.  Bandanas were so popular during these years that they were sold door to door and on street corners.

The advertising world used them to publicize many different products.  Bandanas promoted radio shows, comic books, the circus, ocean liners, children’s games and toys, airlines, movies and movie stars, and singers.  Movies such as “The Wizard of Oz” and “Gone With the Wind” had promotional bandanas printed.  Even Elvis and The Beatles had souvenir bandanas as late as the 1960’s.

Bandanas have been used recently in some areas of our country as a means of identification…such as for gang symbols…but they are still primarily a fashion accessory for both men and women.  Most western outfits include bandanas and many hikers will wear a red bandana to be highly visible should they get lost on the trail.  Dog lovers often accessorize their pets with bandanas and construction drivers will use red bandanas on a load of lumber as a flag to other motorists.

The simple bandana has a long history in our country and is as popular as ever today.  I found a huge selection of them recently at Hobby Lobby in both the traditional paisley pattern as well as in various other designs, including one with the state of Texas printed on it.  The bandanas cost only $1.29 and while I was there, I picked up a camouflage print one for my husband! 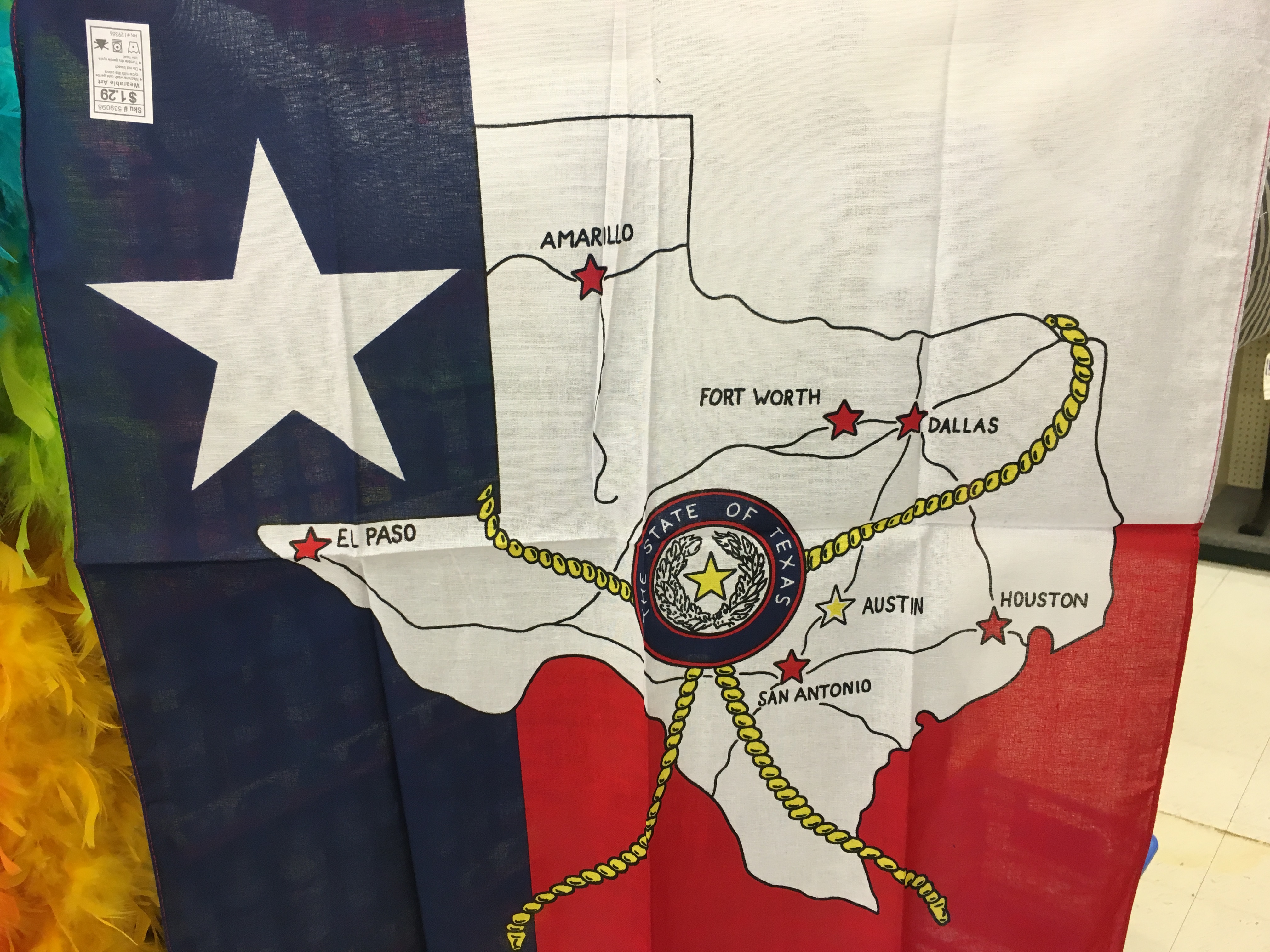 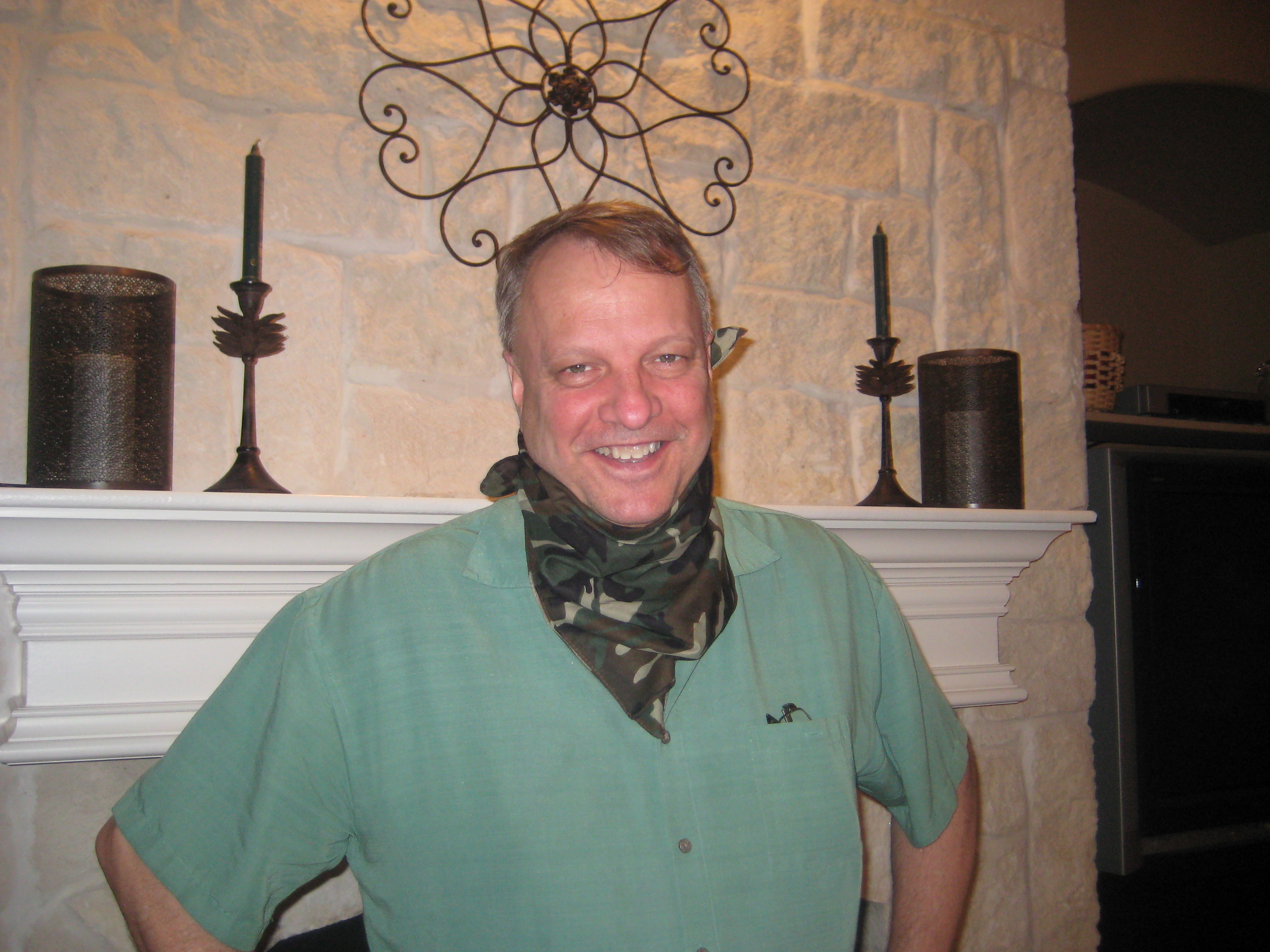 I had some pictures developed last week.  I’m showing my age, aren’t I?  Okay, I sent some images (that I had taken with my digital camera) from my desktop to my local Walgreen’s photo department to print on paper.  Within an hour or so, I received a text saying they were ready for pickup.  I had them printed so I could frame some of them, and send others to family and friends. 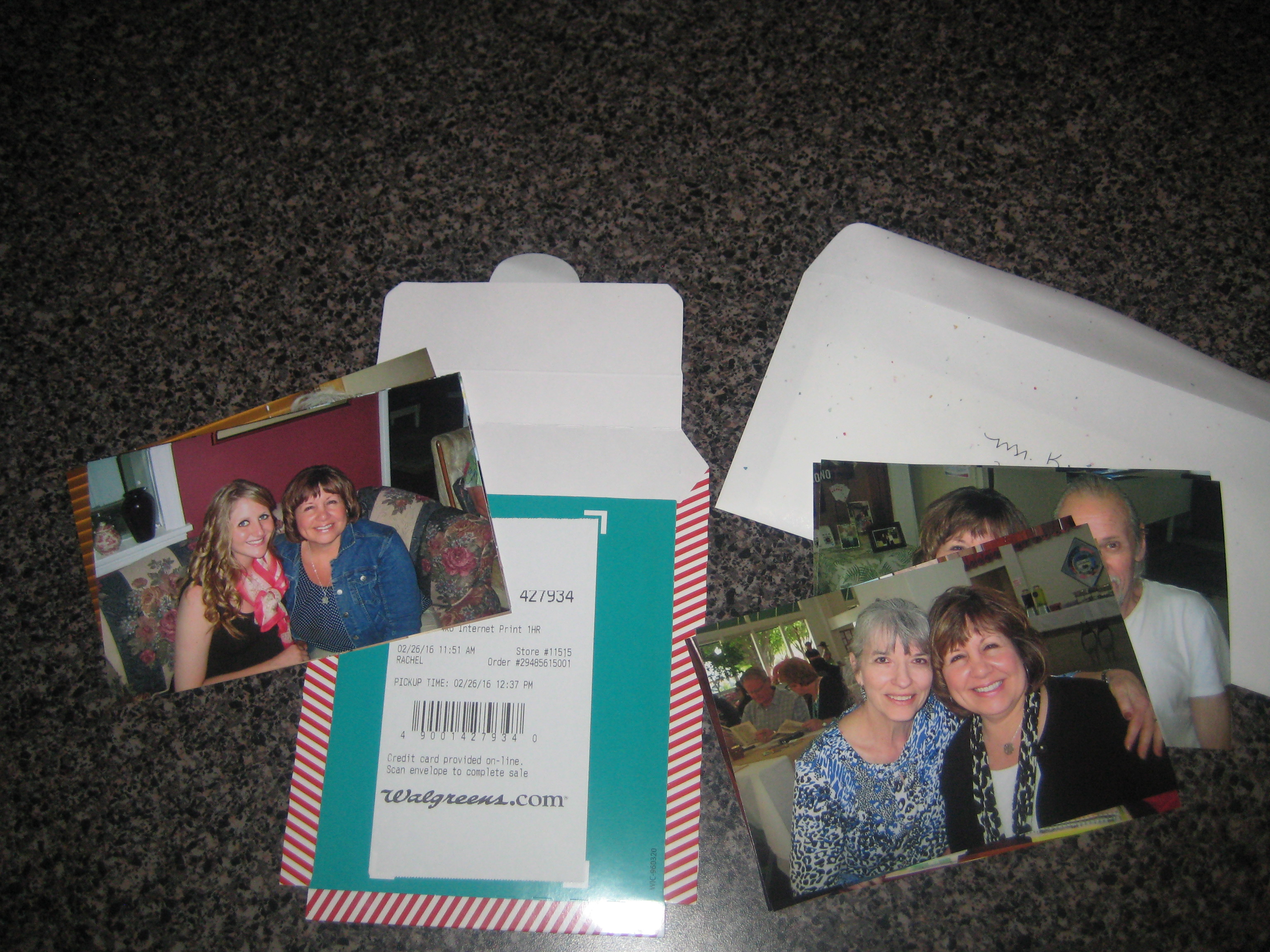 It’s so different now from the old days when we all had film in our cameras.  Film was expensive and then we had to pay to have the film developed and printed into pictures.  Back in the day, people tried to take a few good shots so as not to waste film.  And, you would have to finish shooting a complete 24 or 36 count roll of film before you had your pictures developed and could see them.

One of my many part-time jobs during college in the 1980’s was working for a film developing company called “Fast Foto.”  It was operated out of a little hut in the parking lot of a grocery store, and we sold 110, 126, and 135 films…in both black and white and color…and other photography supplies to our drive up customers.

The building I worked in looked similar to this one.

The main part of the business was taking film in for processing which we then sent out once a day for processing.  The delivery person would bring us the pictures from the previous day’s film bag and then take the new orders of film to be developed.  After the delivered order had been checked in, we would call our customers to tell them their pictures were ready.

In the 1990’s, most photo developing businesses would make double prints for free, so I have a lot of duplicates of the pictures I took of my children when they were small.  I also had a Polaroid camera during that time and we would often use it when we had parties so everyone could take a picture home as a memento of the fun they had.  Many of my pictures are in photo albums but sadly, some are still in plastic bins waiting to be sorted and organized.

Recently on the NBC Nightly News, they did a segment saying that most members of Generation Z (those born near the year 2000 until the present) have never had their pictures on paper.  They grew up with iPhones and digital cameras.  Unlike many of us, they will never inherit from their parents, boxes of photographs or photo albums so painstakingly preserved for family history. 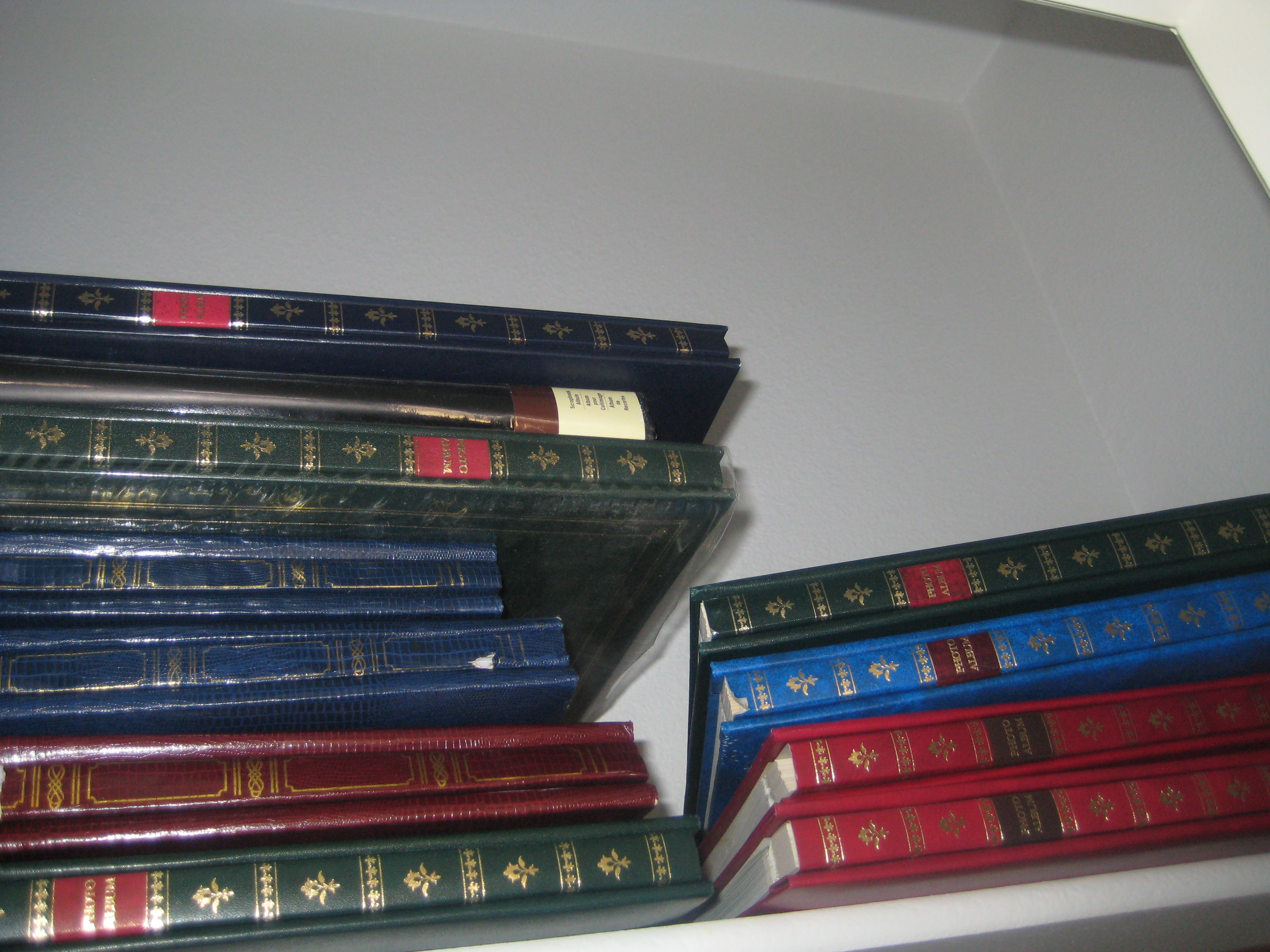 My husband and I love pictures and like many of our generation, we have them in frames all over our house.  At Christmas time, we display framed pictures of our children that were taken every year at Christmas when they were growing up.  Someday, we will have pictures of our future grandchildren to add to our personal photo gallery. 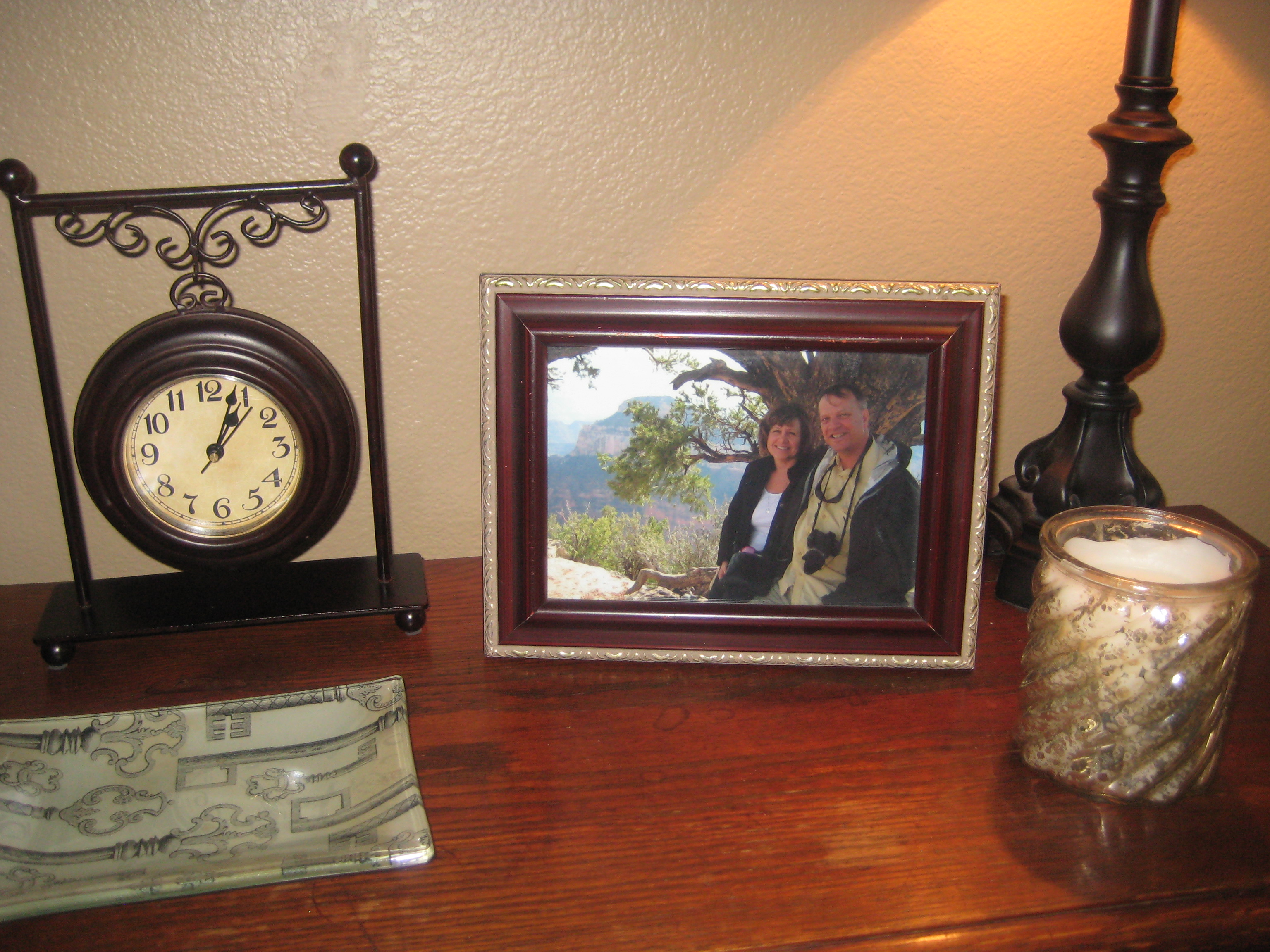 I wonder, without pictures on paper, will we lose some of our connection to the past and the family members and friends and events in our lives? 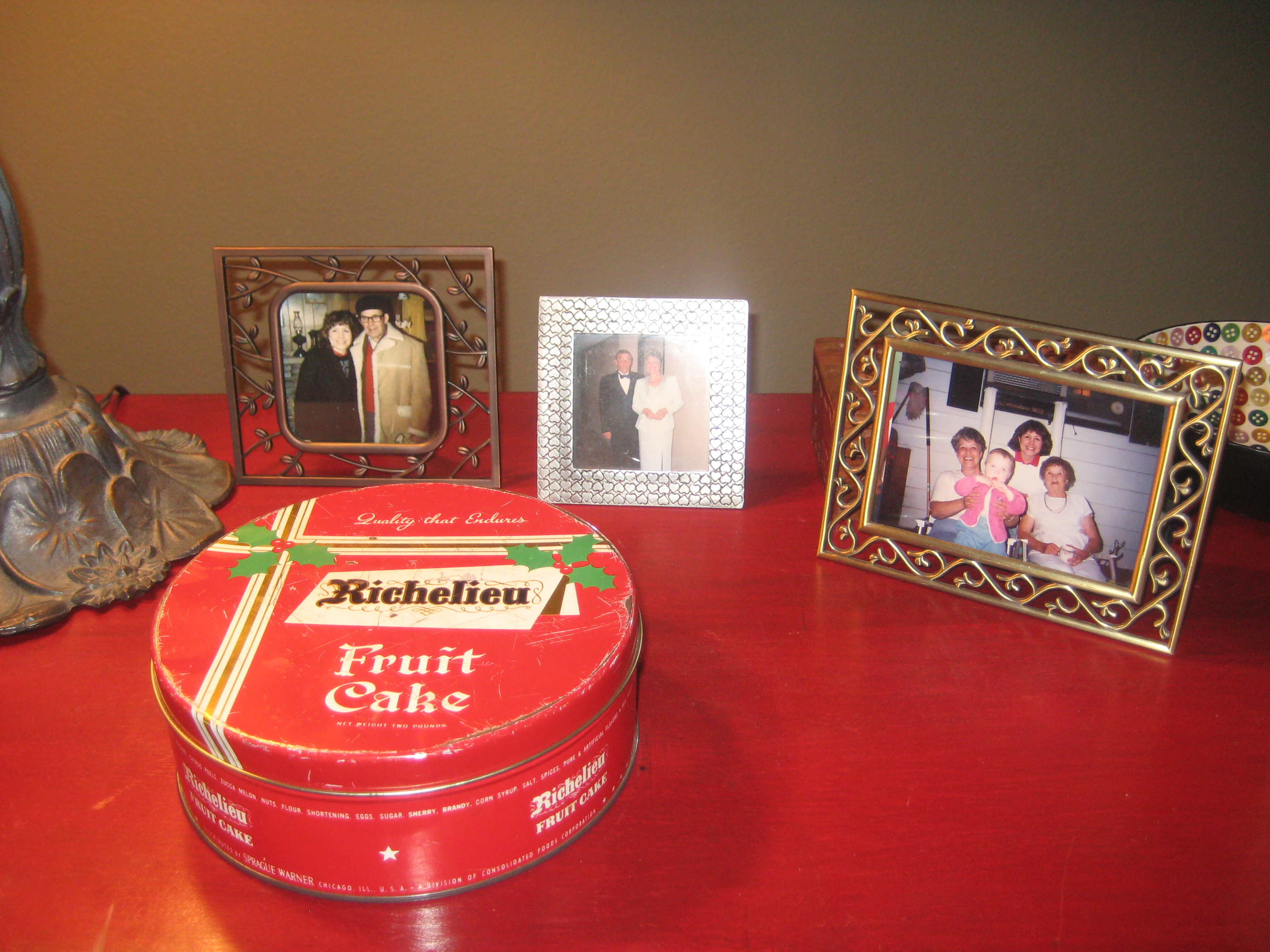 Apparently, I’m not alone in wondering about this.  The news segment went on to say that last fall, Polaroid came out with a new, smaller camera with a built-in printer.  This new camera not only will print 2” x 2” pictures and save them digitally, but it can also be used as an HD video camera.  It is selling because people still want pictures they can hold.

While doing some Christmas shopping online, I had come across this new Polaroid Camera so I asked for it for Christmas.  My husband gave me one of the new cameras in my favorite color of red. 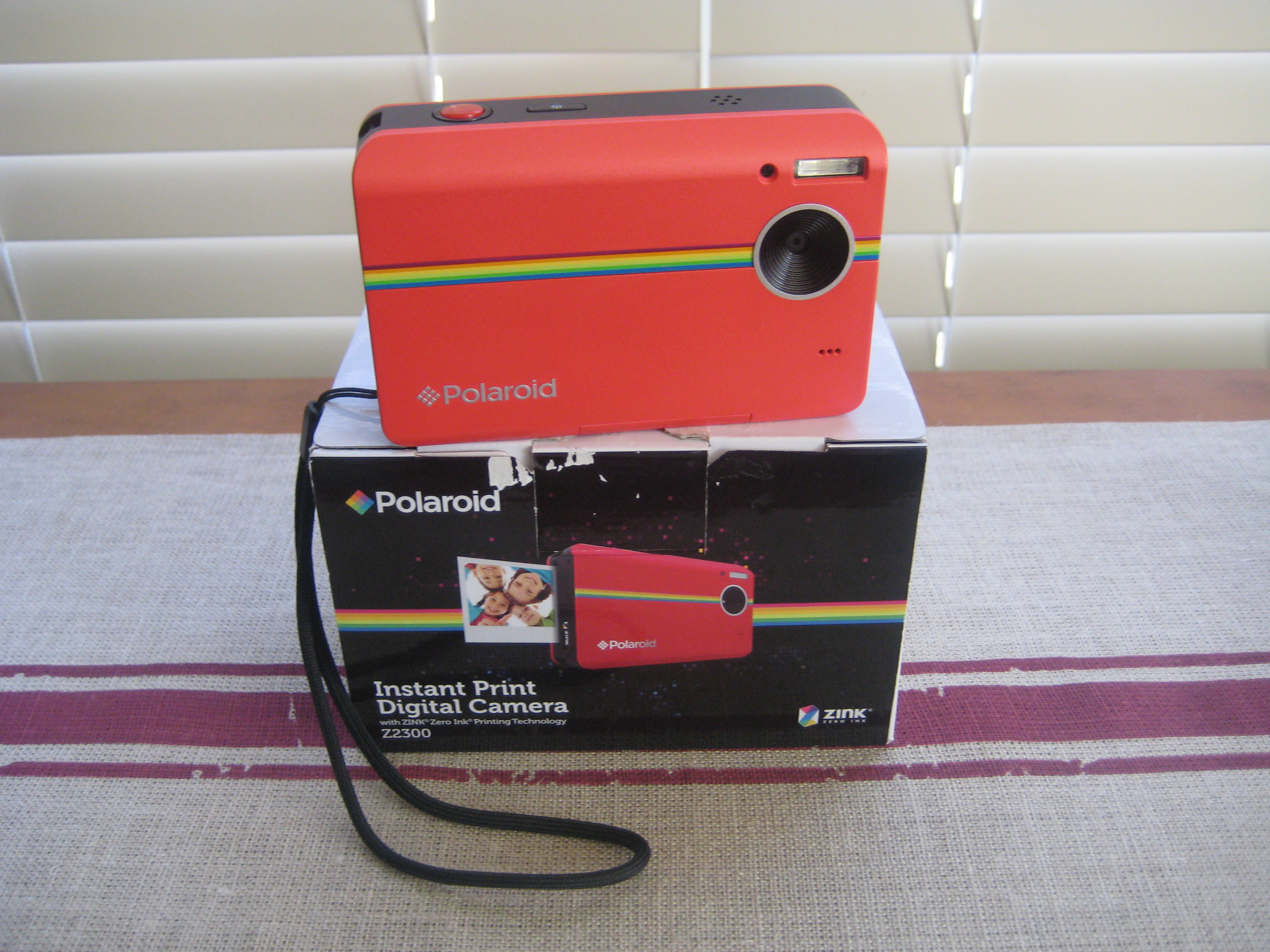 After I opened it, I had to search through my closet to see if I still had the old Polaroid camera from when my kids were small.  There it was on a shelf along with a stack of old Polaroid film with an expiration date of 07/2008.  Of course, I had to see if it still worked.  The camera still works, but apparently, expiration dates on film are for real.  The film still captured images, but they all came out with big, ugly blotches on them. 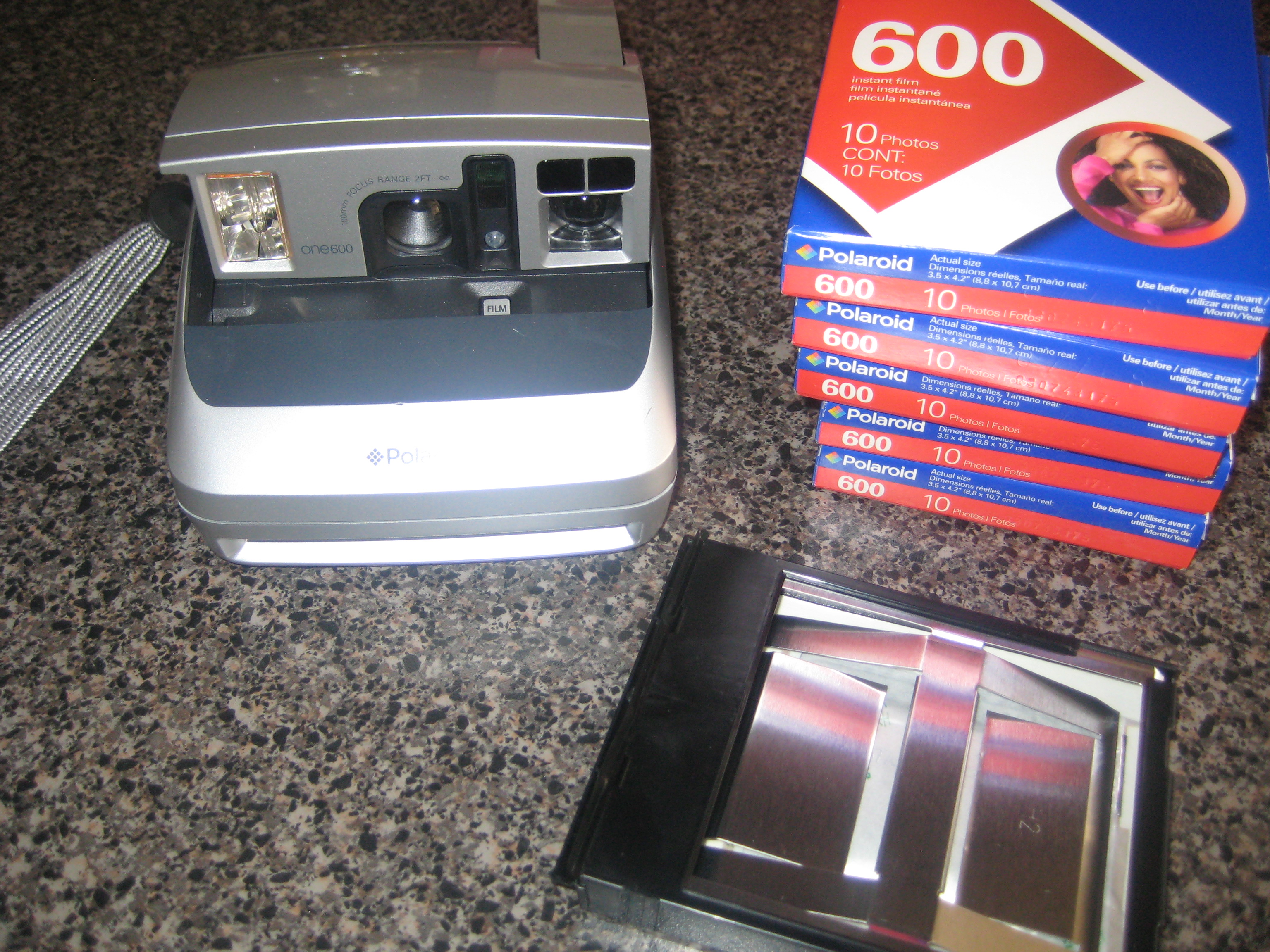 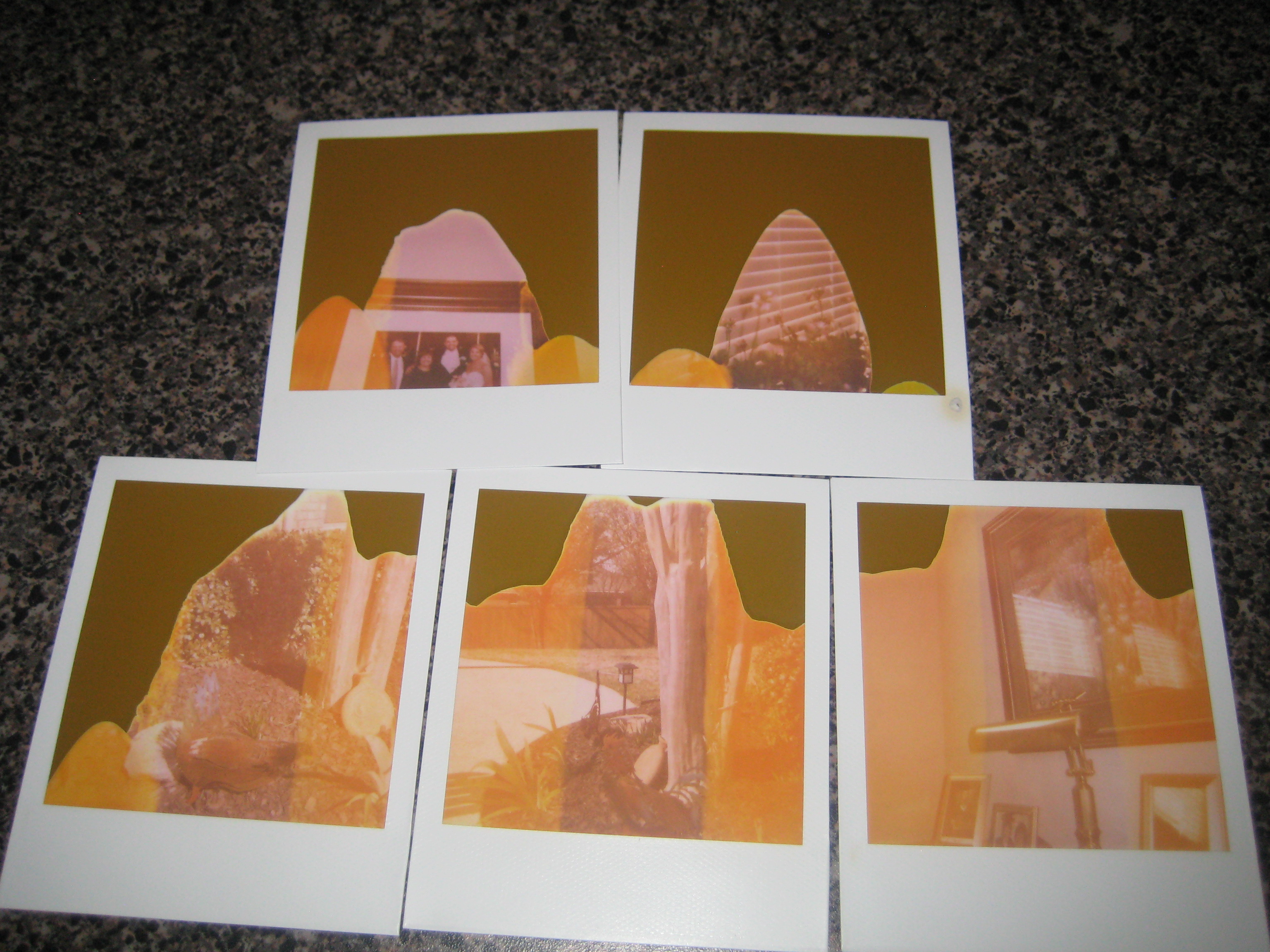 This past weekend, I took my digital camera on a trip to Medicine Park, Oklahoma.  It’s a quaint little town at the foot of the Wichita Mountains and has a population of around 350 people.  One of the reasons we went to Medicine Park, was to visit the wildlife refuge there.  As you can imagine, I took some pictures on our trip.

The Wichita Mountains National Wildlife Refuge was established in 1901 and is one of the 556 refuges throughout the United States managed by the U.S. Fish and Wildlife Service.  According to their website, the wildlife refuge covers more than 59,000 acres and is the protected home to over “50 mammal, 240 bird, 64 reptile and amphibian, 36 fish, and 806 plant species.”

According to my digital camera, I took 240 pictures over the weekend.  Hopefully, I’ve deleted the bad ones and here are some of the others for your viewing pleasure! 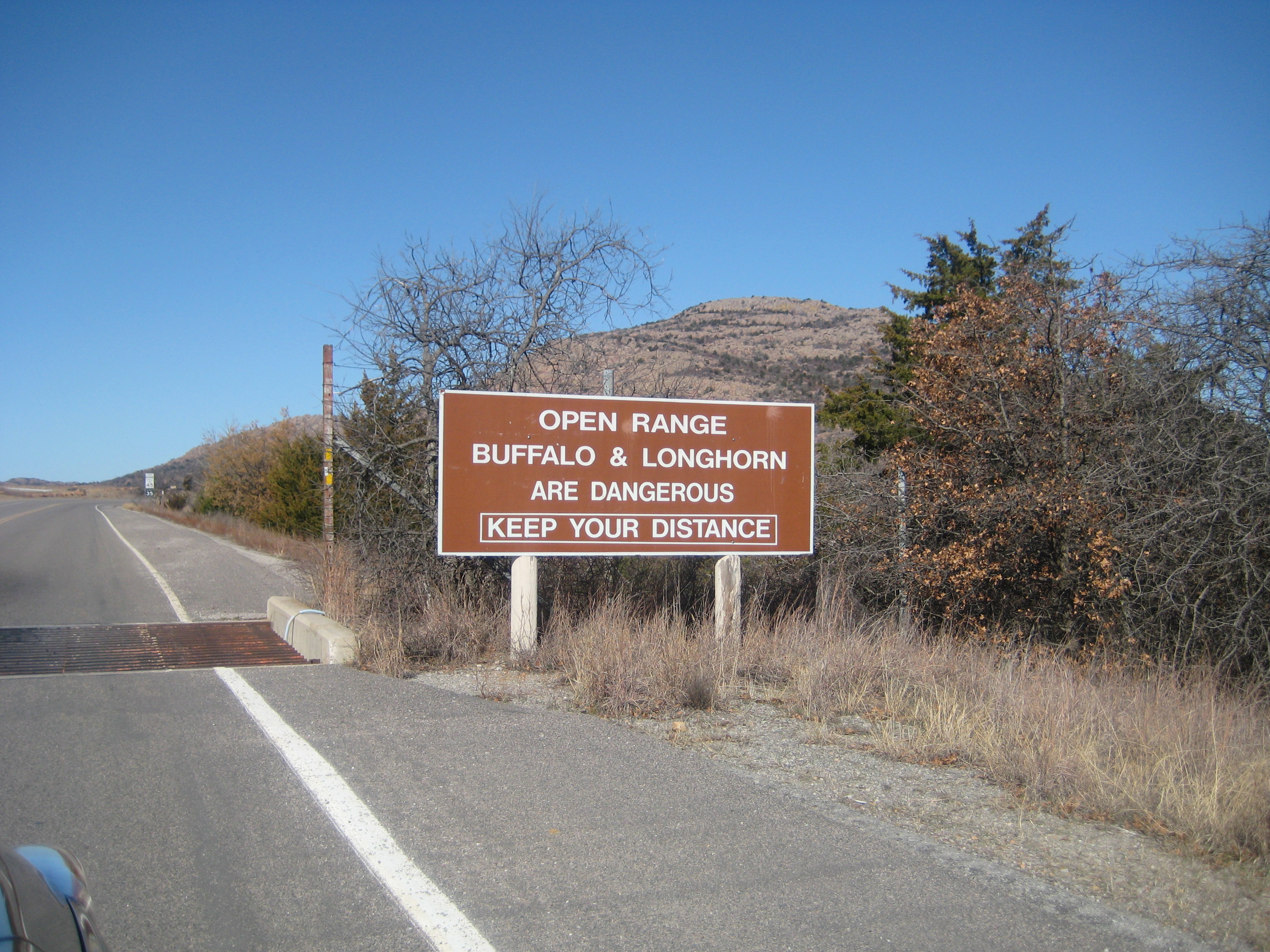 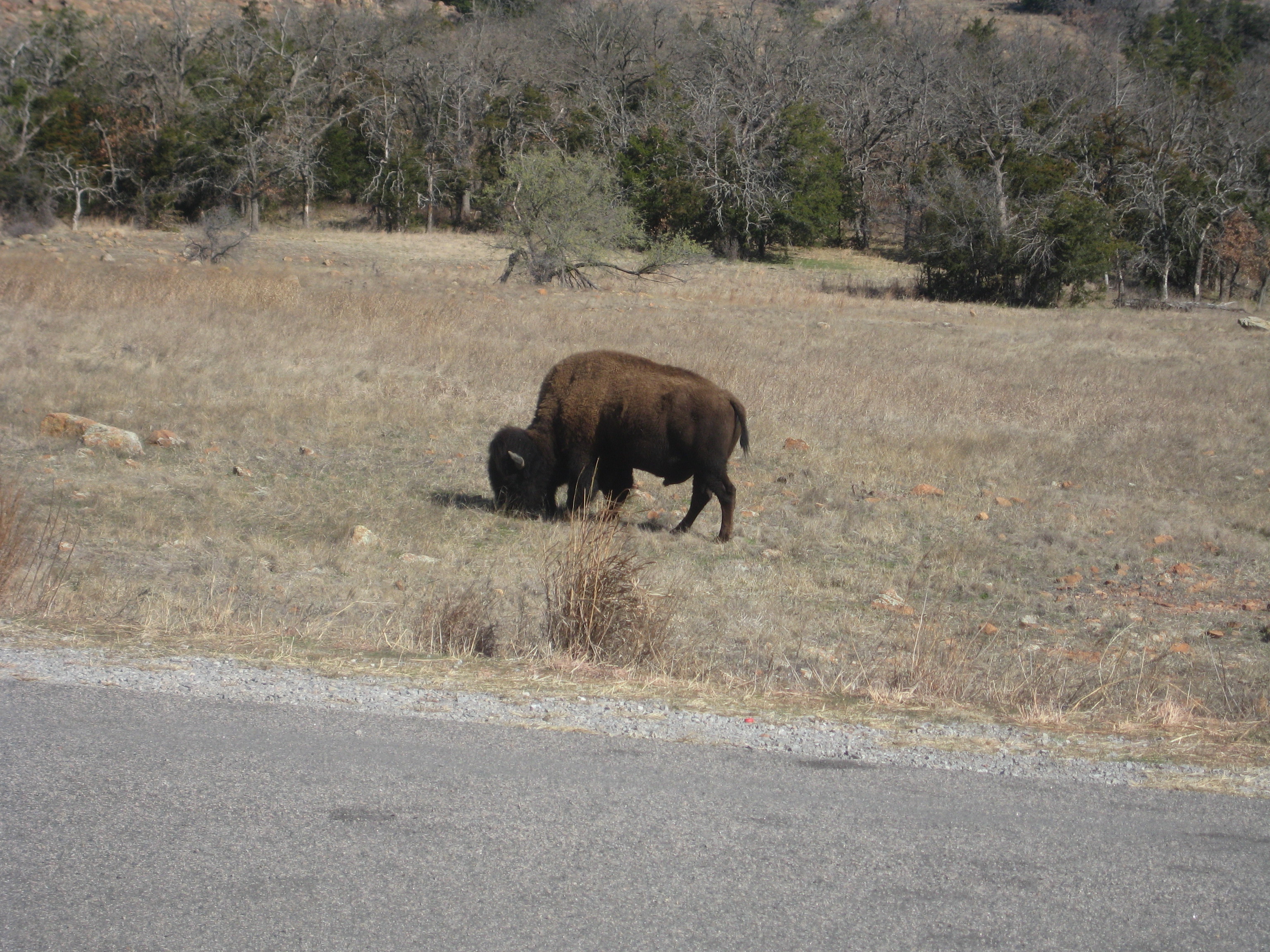 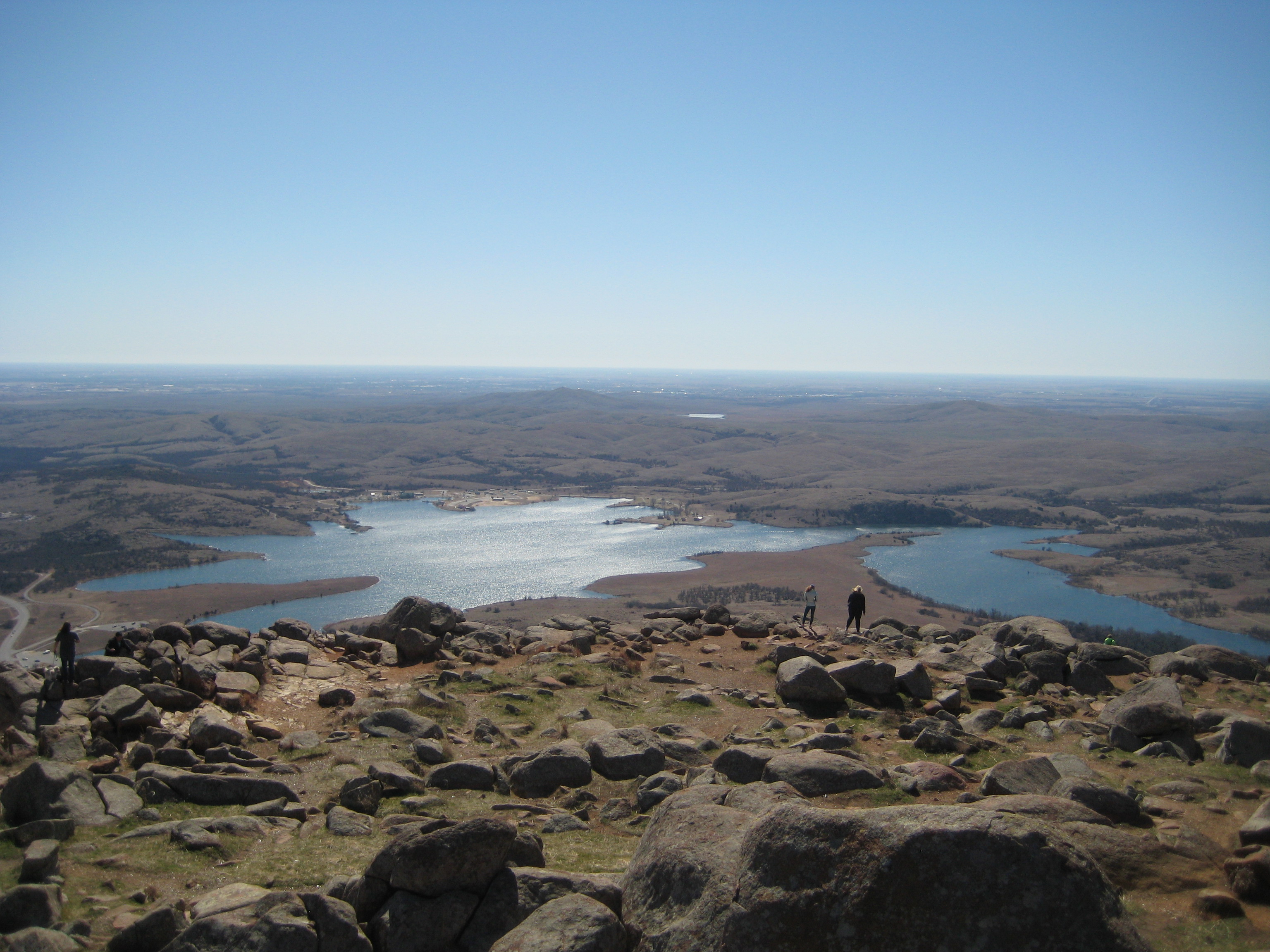 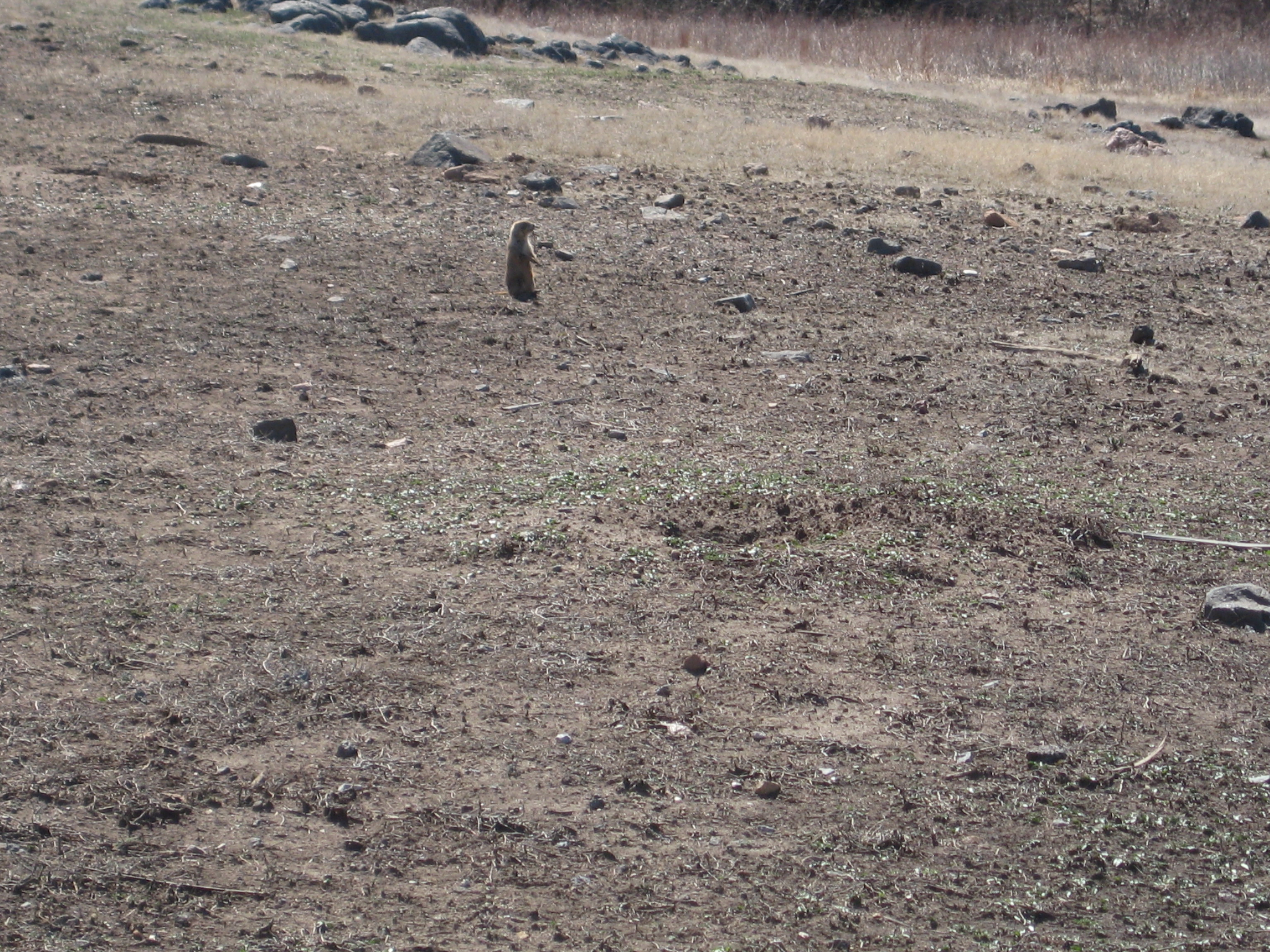 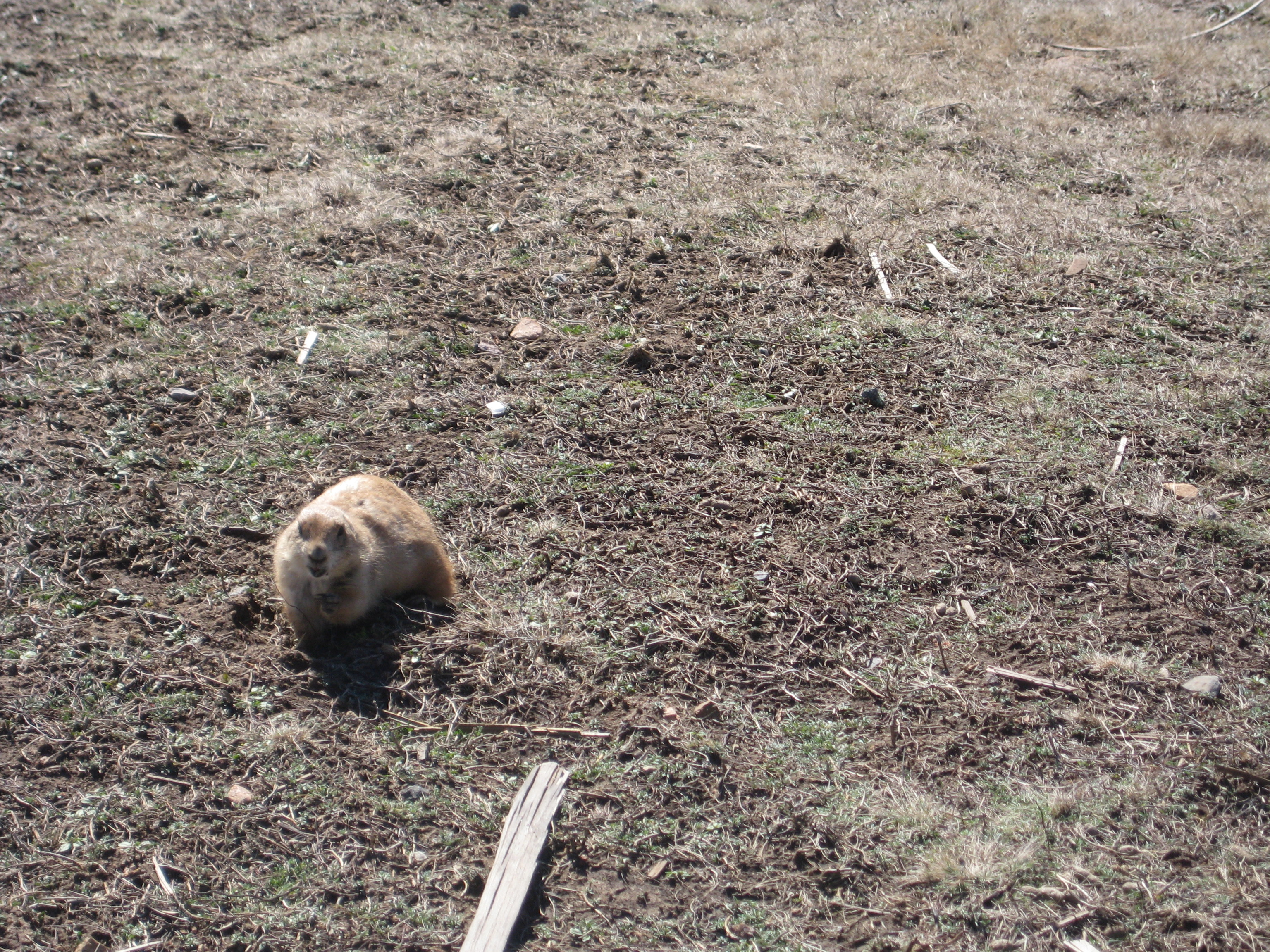 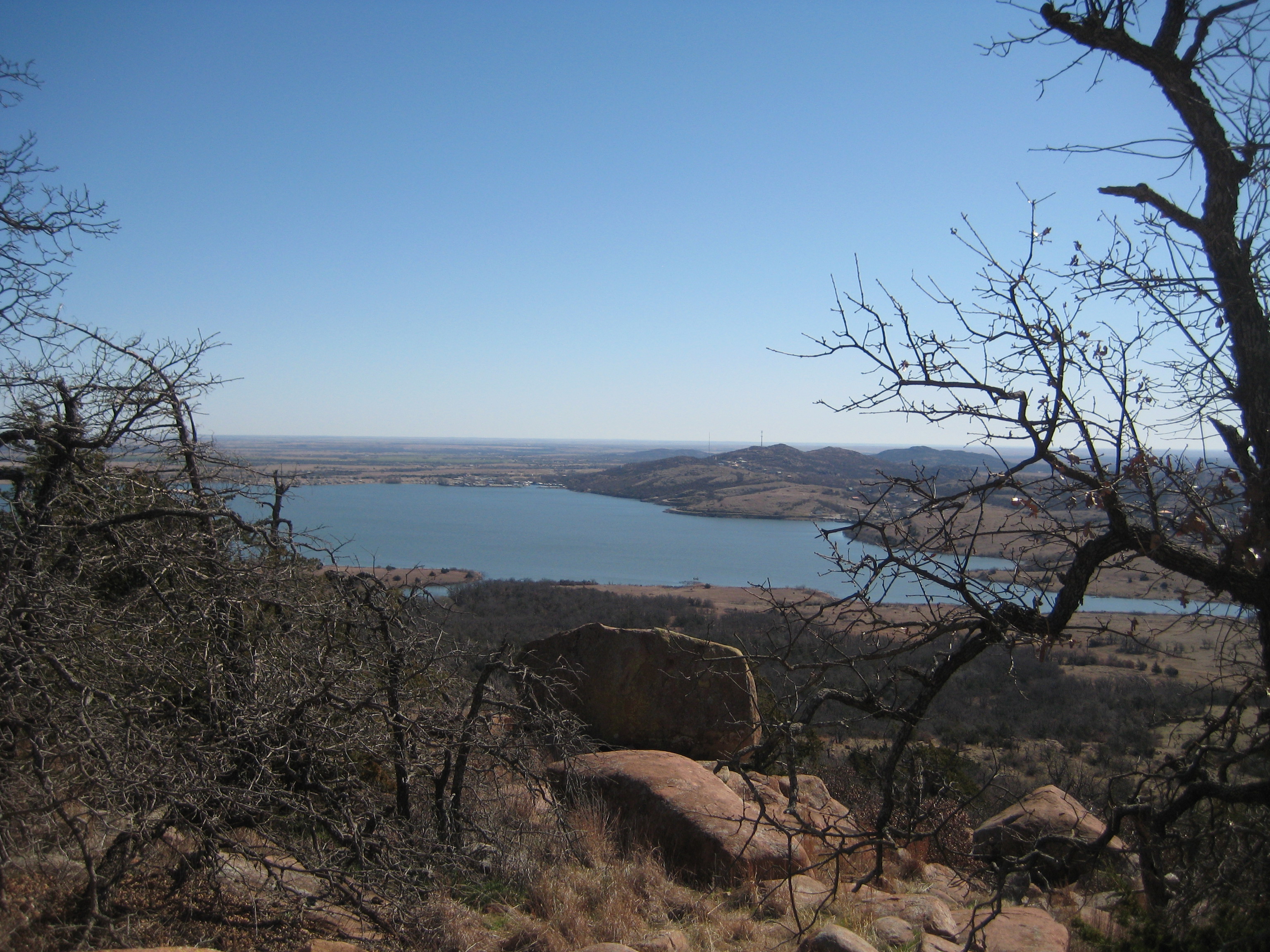 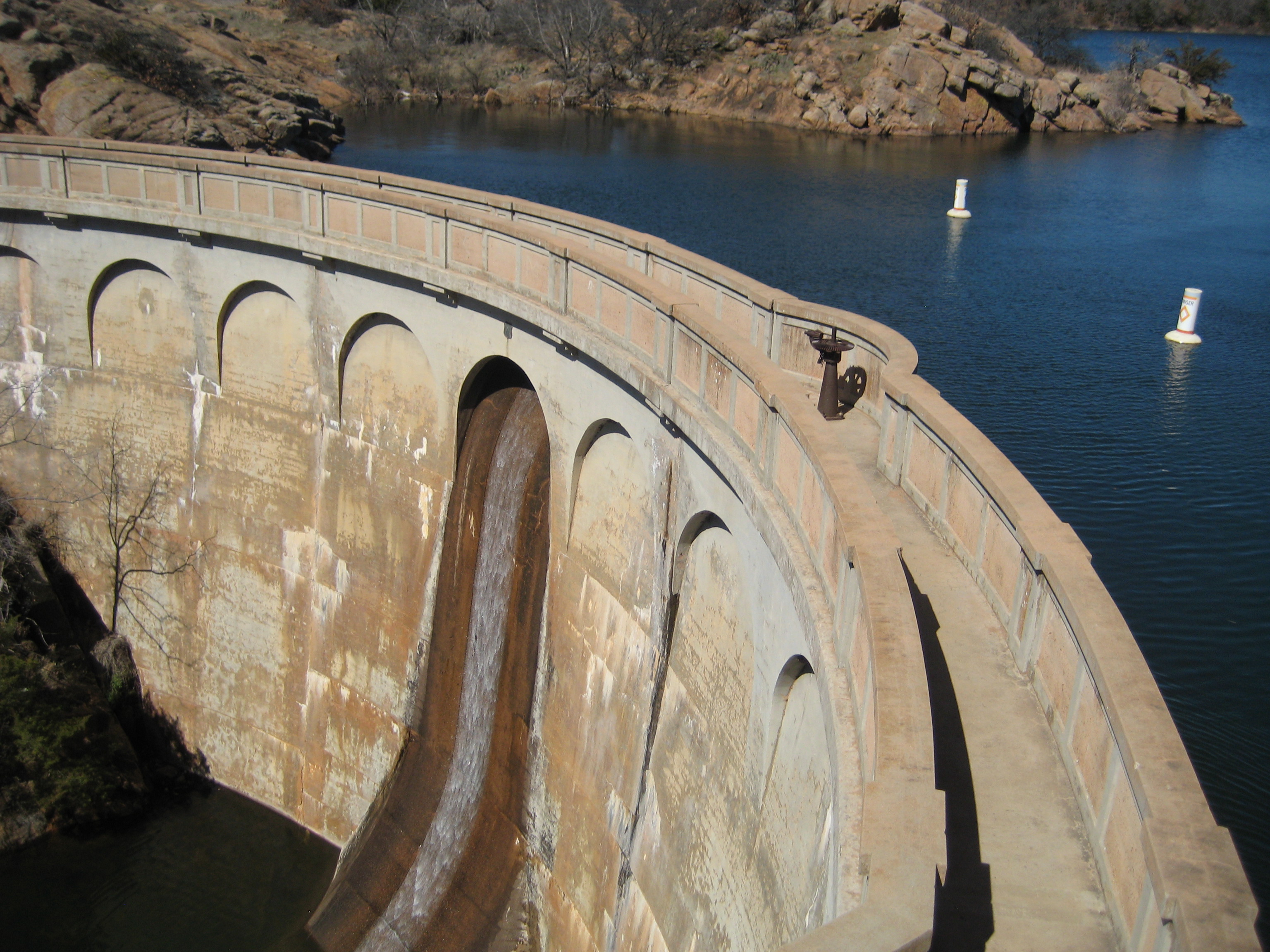 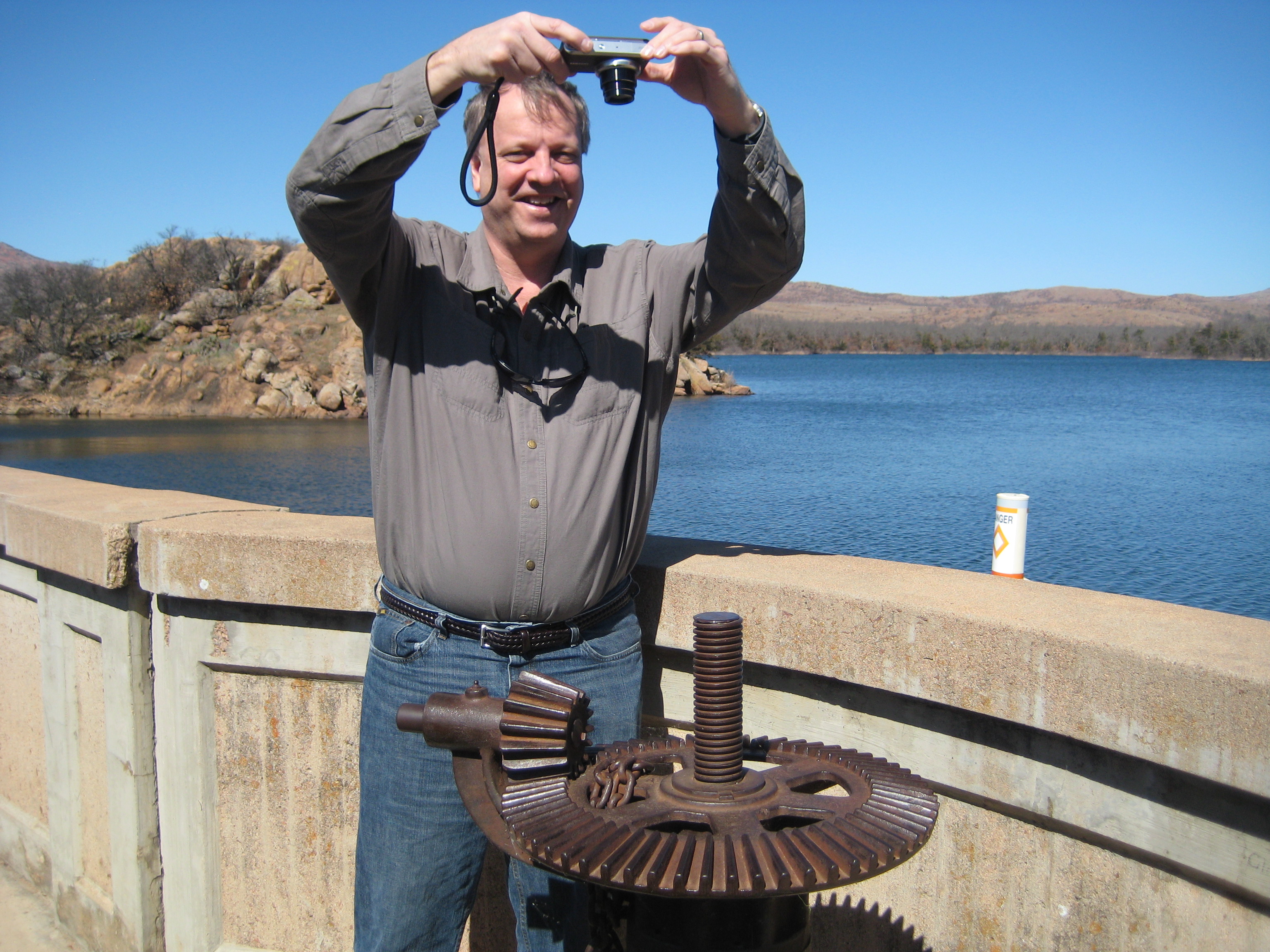 A large prairie dog and his camera 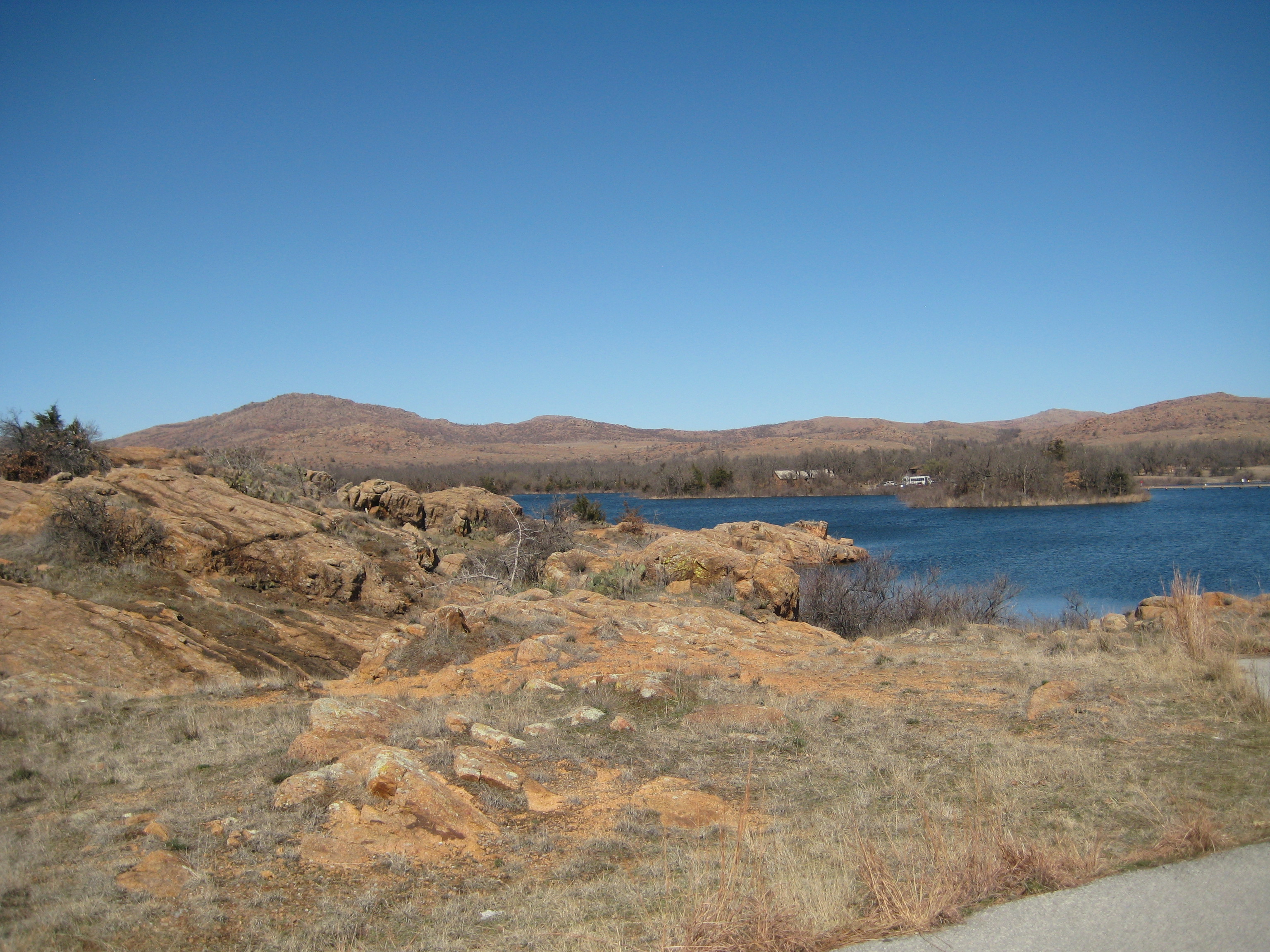 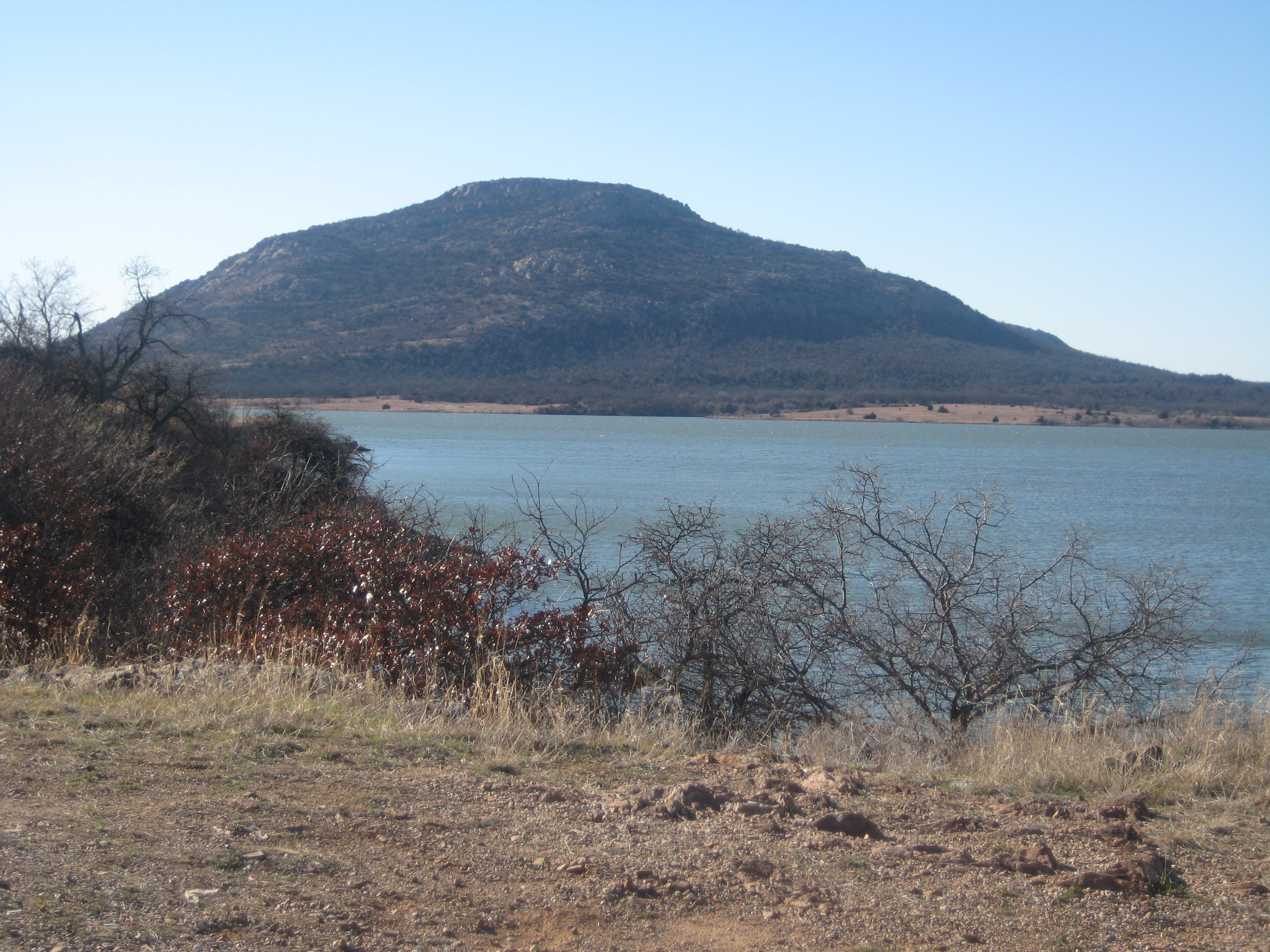 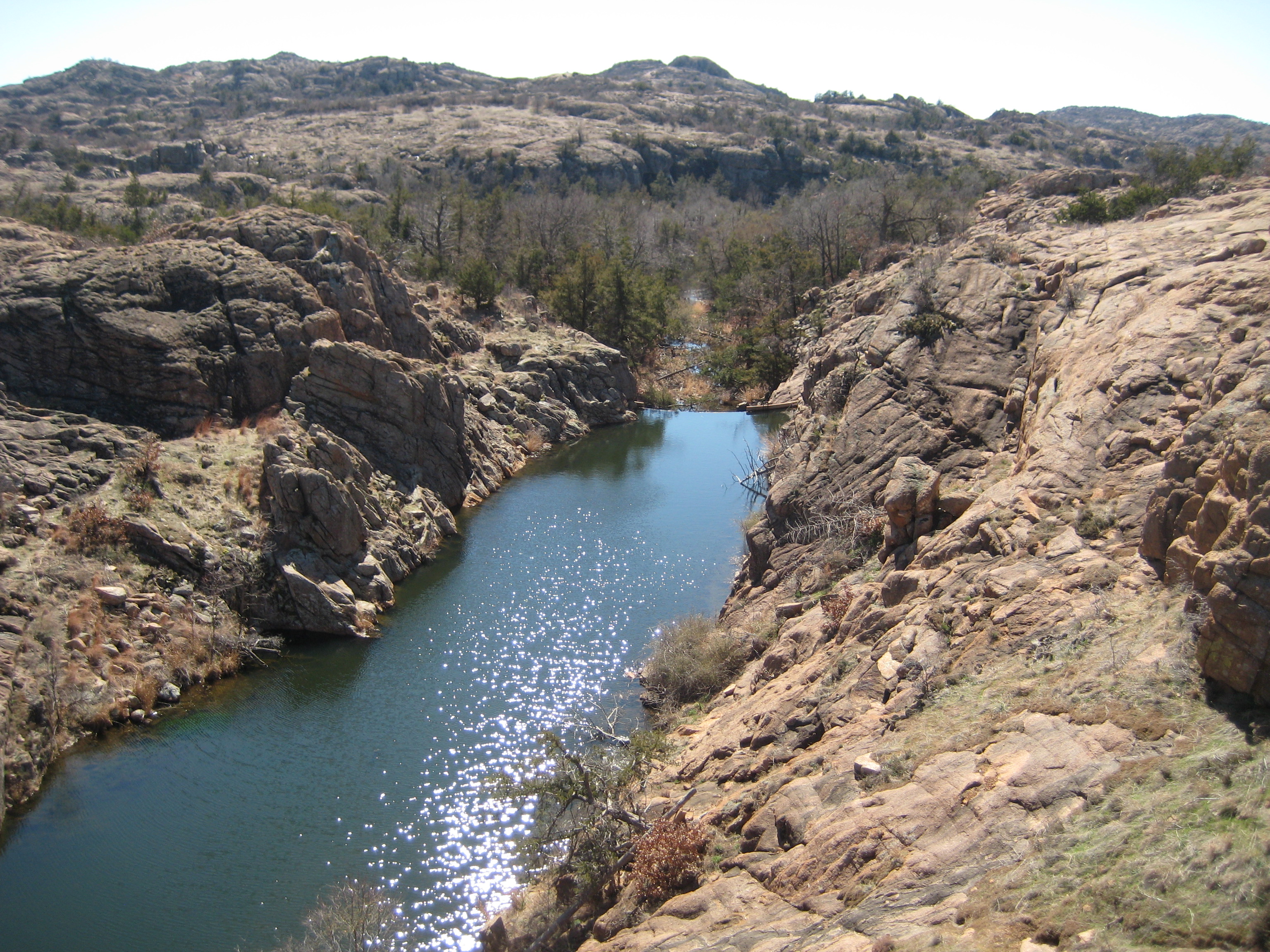